Home » ‘What ADHD looks like in an adult’ – former school principal 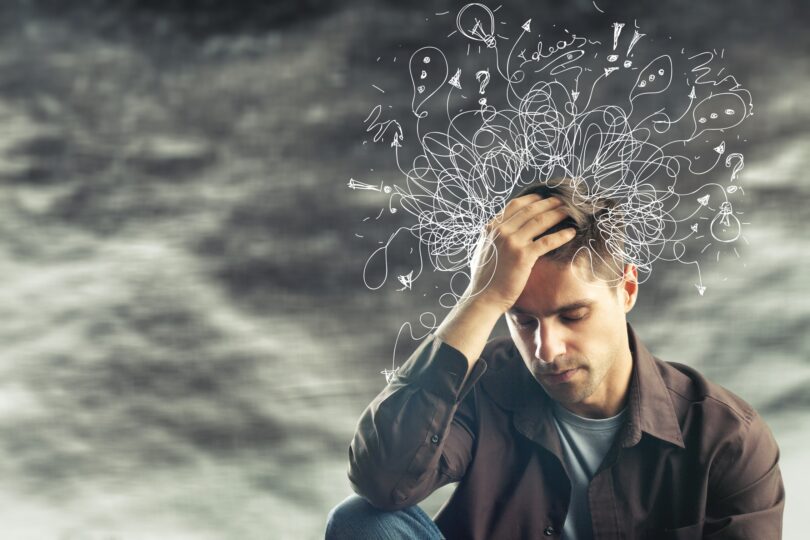 ‘What ADHD looks like in an adult’ – former school principal

The wife of a former school principal from Jeffreys Bay in the Eastern Cape always suspected that her husband might have Attention Deficit Hyperactivity Disorder (ADHD) but never did anything about it.

Looking back, Craig Nicholson easily identifies what were symptoms back then. However, he hesitated ever consulting with his doctor until a traumatic event brought everything to a head.

A learner attacked Nicholson, forcing him to seek medical help. He explained that the trauma of the attack left him with spiking episodes of panic and put him in an emotional state.

“I was admitted after a panic attack. A few days afterwards, my doctor explained that my symptoms and anxiety led to my diagnosis. I received treatment for this and was able to manage my life,” Nicholson explained.

Diagnosed with ADHD in his fifties

Diagnosed with ADHD at the age of 52, Nicholson said that it is vital to educate others about what ADHD looks like in adults. This would make reasonable accommodations for adults living with ADHD in the workplace, home, and social circles.

Craig Nicholson spent just six weeks in his job as principal of Jeffreys Bay High School before being placed on special leave, apparently because he has ADHD. https://t.co/r9wnZEPAOe

Professor Sharon Moonsamy described ADHD as a neurological condition with insufficient dopamine, and the child cannot sustain their attention. The child’s executive functions, poor planning, and organisation are affected.

Moonsamy is a Speech-language Therapist and Remedial Education Consultant at Wits. Her work has looked at the experiences and challenges students diagnosed with ADHD experience at Wits.

“Children carry their ADHD into adulthood. They manage it better in some cases only through medication and behavioural interventions. Some children may only be diagnosed later in high school when their schoolwork becomes more demanding,” said Moonsamy.

Access to diagnosis services and treatment for ADHD continues to be limited. The prevalence of ADHD in adults in SA is probably wider spread, but there is currently no research on those numbers.

Why ADHD is underdiagnosed

According to Wits research, more than 90% of those who need public healthcare for mental illness are not getting it.

Nicholson said that one of the reasons that ADHD is underdiagnosed in adults is because of the belief that only children have it.

“This belief system ensures that medication for ADHD is regarded as chronic for children but not adults. The high expense of treatment makes many people not bother with a diagnosis, as they most likely won’t be able to afford the medication,” he said.

Moonsamy said that adults may be only diagnosed later, as they may now have better medical coverage and can access treatment.

ADHD diagnoses are made by specialists – neurologists and psychiatrists – which is why these services may not always be available in public health facilities.

“Furthermore, in their adult life, people may be more aware that their jobs or livelihoods are being affected. Their relationships are also impacted. Depending on the levels of demands in their work environments, they might become aware that it is difficult to concentrate and have focused attention. In a fast developing world with several distractions, adults may realise that they are becoming overwhelmed and do not meet their targets.” explained Moonsamy.

She noted that ADHD is a condition that people find hard to identify and take their time to address medically. Men, in particular, may not want to admit their difficulties and think it is related to other challenges.

“More attention is paid to physical disabilities, which are easily evident. Neurological conditions are evident when it results in overt behavioural problems like severe inattention, but a withdrawn child may also have inattentiveness. Often these behaviours are described as the child being ‘disobedient or naughty.”

On special leave for six years

Nicholson said that the lack of knowledge about ADHD as a severe mental condition had impacted his life significantly.

He spent just six weeks as principal of Jeffreys Bay Comprehensive High school. A week before his new role, he received the news that he had ADHD.

“I think when they compared the person they interviewed to the one they received at the office, they had two different people. My appearance and persona changed drastically when I was on my medication. Suddenly, I had a much more open personality. My speech improved, and my communication skills and ability to listen were better than they used to be.”

Nicholson suspects that the school used his mental condition as an excuse to suspend him after he reported poor infrastructure and financial management at the school. Authorities placed him on special leave after he reported these issues to the School Governing Body after disclosing his mental condition. Discussions with the Eastern Cape Department of Education have proved fruitless. Nicholson remains uncertain of his future.

“This has also affected my marriage because I was a husband who could not provide for his children and wife for longer than she could take. This added a lot of strain,” he added.

As Nicholson waits for the department to respond, he runs an online training platform to reach people about ADHD and raise awareness.

According to a research article published on PubMed Central: “Males are generally more likely to be diagnosed with ADHD than females, with a male to female ratio of approximately 4:1 in community samples.”

Nicholson believes that this is because characteristics of ADHD in girls and women are often masked by gender constructs and stereotypes associated with their behaviour.

He explained: “In general, women are more organised. They must look after the house and the kids and go to work. They are expected to have a lot of things going on simultaneously and to be overly emotional and haphazard. But you’ll find that many more women suffer from depression and anxiety. If they had been diagnosed properly and received medication, it could have helped prevent the conditions they currently have.”

Nicholson said society stereotypes contribute to how the signs and symptoms that women who may be living with ADHD present are missed.

Moonsamy explained that ADHD in adults presents itself differently than when they are children and teenagers.

“Children do not outgrow ADHD but are better able to manage the symptoms as they mature. Interventions include medication and behavioural interventions. Strategies to manage their behaviour are key to helping individuals cope,” said Moonsamy.

She noted that the impact of ADHD on adults is “huge” because it affects their lives on all levels.

Moonsamy continued: “At work, they may not complete tasks, be impulsive and not present their best work. They cannot sustain family relationships and experience vicious emotional cycles of feeling depressed and unworthy.”

Moonsamy said that early intervention is critical in addressing ADHD in adults.

“The government needs to allocate psychologists, social workers, speech-language therapists, occupational therapists at schools. Children who have early interventions would be better able to manage their behavioural symptoms. Then, as children grow into adolescence and adulthood, they will understand and manage their condition better,” she noted.

She emphasised the importance of the department providing resources and making services more available. They include support groups for adults and neurological, psychiatric, and psychological services.

Dr Eva Mulutsi from the National Department of Health did not reply to our questions about what the department is doing about ADHD in adults in SA.

Moonsamy noted the following as signs and symptoms for adults that may have ADHD:

Visit your nearest health facility to consult with a doctor if you think you might have ADHD.

To get in touch with Craig Nicholson, drop him an email: Craignicholson4493@gmail.com. – Health-e News