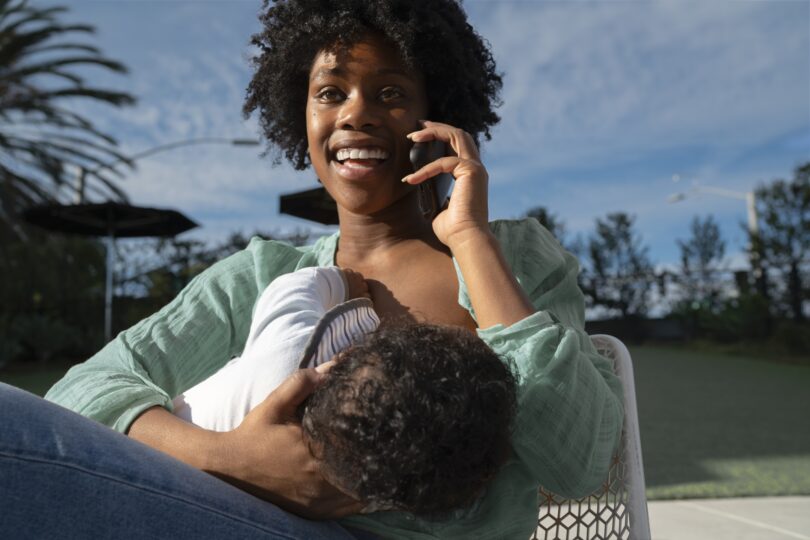 Government must be at the forefront of encouraging and supporting breastfeeding(Photo: Freepik)

Breastfeeding is a relationship between two people in a thrilling new, highly vulnerable position: a mother and her newborn. It’s a bonding experience shaped by physiology, emotion and the good and bad realities of life.  It is far more than the disembodied and mechanical way in which breastfeeding tends to be communicated in mainstream messaging.

This is something that society should be thinking about as we marked World Breastfeeding Week (WBW) between 1 to 7 August. A joint campaign undertaken by the World Health Organisation (WHO) and WBW aims to draw attention to how public health systems, civil society, legislators, policymakers and businesses can strengthen protections for breastfeeding and postpartum parents.

A systematic review of breastfeeding promotion found that the messages often fail because their focus is only on the ‘why’ and the ‘how’ – the value of breastfeeding for the child and its mechanics – and not enough on the emotions that women feel, which ultimately determine whether they can or want to breastfeed. Listening to women and acknowledging their feelings and experiences is key. The review also found that creating positive social attitudes towards breastfeeding is critical, but that should involve enabling women to make their own decisions rather than constant third-party insistence that “breast is best.”

Embrace – the movement for mothers – wants to change this, which is why the Embrace team launched The Let-down Line, a play on the let-down milk reflex with which breastfeeding mothers are intimately acquainted. This is a dedicated WhatsApp line that mothers can use to share their breastfeeding experiences and reflections. Mothers are encouraged to share their stories – whether good, hilarious, embarrassing or heartwarming. We are listening with no judgement, and mothers can post anonymously. In this article, we explore what is missing in mainstream public health messaging based on what mothers have shared on the WhatsApp line.

Mothers want to breastfeed, but there are real barriers to them being able to successfully, exclusively breastfeed for the recommended six months.

“I actually enjoyed breastfeeding, but then I had to go to work after six weeks because the Department of Labour decided to pay me R327. Eventually, I had to stop breastfeeding because my work involved travelling. When travelling to Johannesburg for the first time, my ‘boobies’ were so sore for three days because I had to stop pumping anything so I could just stop producing milk.”

Have you heard of the 'Let-down line' a WhatsApp line for mothers to share experiences their of breastfeeding? Breastfeeding is complicated. Many of the realities of breastfeeding go unsaid, unacknowledged & misunderstood. In SA, +/- 31,6% of babies are exclusively breastfed. 1/2 pic.twitter.com/K7NgAzjhBa

Despite the National Department of Health’s comprehensive infant and young child feeding policies and guidelines, just 31.6% of infants are exclusively breastfed, with a mean exclusive breastfeeding duration of 2.9 months. The World Health Organisation (WHO) and the United Nations Children’s Fund (Unicef)’s multi-country report on how the marketing of formula milk influences decisions on infant feeding acknowledges that most mothers have a strong desire to breastfeed “across all countries, ranging from 49% of women in Morocco to 98% in Bangladesh, but they often encounter a lack of support and enabling environments to empower them to do so”.

Local researchers conducted a study aimed at gaining an in-depth understanding of the experiences of South African working mothers in the adherence to exclusive breastfeeding when returning from maternity leave. Research shows that the South African workplace remains largely unaccommodating to breastfeeding employees – even though South Africa’s Code of Good Practice protects a mother’s right to breastfeed and express milk at her workplace. As a result, lactating employees are forced to abandon breastfeeding when they return to work. Employees working in the informal sector with fewer workplace protections receive fewer protections and support.

The World Alliance for Breastfeeding Action often speaks about the “warm chain”. It places the mother-baby dyad at the core and advocates for linkages between different actors across the health, community and workplace sectors to provide a continuum of care during the first 1000 days of a child’s life.

Our work brings us into contact with first-time mothers who face a dearth of education and support at the very beginning of their breastfeeding journeys. Some of them have shared their frustration, on the WhatsApp line, about conflicting or incomplete information from healthcare providers. The public health system is overburdened and under-resourced. This has implications for the provision of quality, patient-centred health services.

What we need in SA

In South Africa’s public health system, nurses are largely responsible for giving breastfeeding support and information to pregnant and lactating women. In a local study, nurses reported not having enough time to provide adequate breastfeeding, counselling and support because they are short-staffed and overworked. We need adequate financing for the state’s commitments to improving the national breastfeeding rate, particularly around the training and deployment of qualified healthcare providers who are also sensitive to cultural nuances.

For example, multi-lingual specialist lactation consultants who are readily available immediately after a mother gives birth and who continue to be accessible for the first 14 weeks postpartum. There is evidence to support the idea that integrated care and integration of breastfeeding support into health services up to, and beyond, the 14-week mark leads to better outcomes. Improved breastfeeding rates support cost savings in public health in terms of disease prevention and health promotion.

Mothers ultimately want what is best for their children

“She’s not only healthy but clever as well.”

It was clear from the voice notes sent to The Let-down Line that moms understood how to interpret factors that influence their child’s physical health and cognitive development. Describing a time when her child fell sick, one mother said that “even if she catches flu, in two days, it’ll be gone”, which is in line with scientific evidence that breastmilk boosts immunity in newborns. Mothers also spoke fondly about how breastfeeding helped build a strong emotional bond between them and their children. Another mother spoke about the importance of a nutritious diet for breastfeeding.

In 2020, a national mobile survey found that women who had gone to bed hungry were less likely to have breastfed due to their food insecurity. The stress they felt during the COVID-19 lockdown included concerns about their ability to produce breastmilk, access formula, food and good nutrition for themselves and their families.

Despite increased levels of hunger during the lockdown, mothers did their best to ensure their babies got as much nutrition as possible. Similarly, mothers across the country are putting the needs of their children first despite painful-latching nights, periods of food insecurity, difficult or traumatic childbirth experiences, and being separated from their preemie babies after birth.

This is how one mother described her personal experience when she contacted The Let-down Line:

“I had paid maternity leave, access to a hospital-grade breast pump, lactation consultant, physiotherapist, all the gadgets and creams, a supportive partner and family who lived nearby. The start that I had, though it wasn’t perfect, was so much better than a lot of women get, and that’s not fair. I have access to certain class privileges. My child has a start to life that is defined by arbitrary things like history, culture, and whether or not a mom happens to be working for an employer who is understanding and can facilitate her breastfeeding journey as a working mom, and then we turn around after that and point the finger at moms – moms, breastfeed!”.

The preceding quote articulates why all mothers, irrespective of their socio-economic status, must have access to comprehensive breastfeeding support. This type of wrap-around support service must be robust enough to provide a sense of safety, belonging, empathy and cultural sensitivity that transcends the overly simplified tagline that “breast is best”.

Nonkululeko Mbuli is Communications and Advocacy Strategist, Rumbi Goredema Görgens is Operations Manager, and Julie Mentor is Movement Leader at Embrace, the Movement for Mothers.