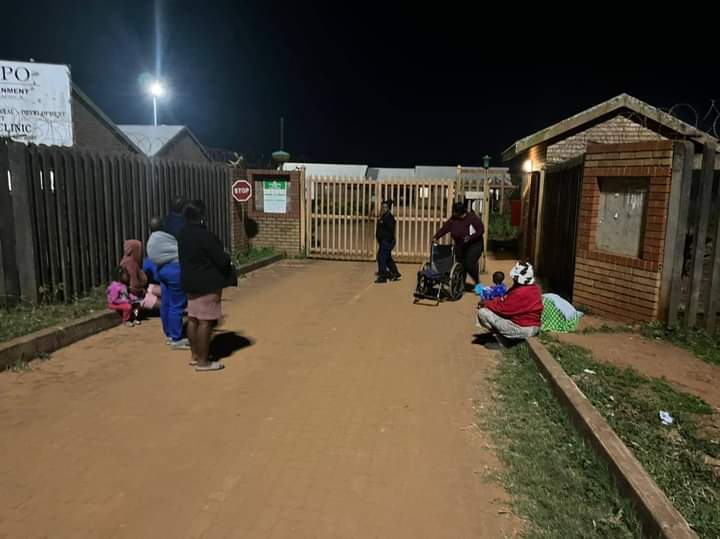 The Limpopo Health MEC has called for action after a critically ill woman was denied entry to the Vleifontein clinic on Friday evening.

Forty-year-old Norah Manthosi was rushed to the facility by her neighbours. To their dismay, when they arrived, security personnel told them they couldn’t enter despite the availability of nursing staff.

“To be honest, it is so frustrating seeing someone who is critically ill. But it’s even worse knowing that people who get paid to care for the ill do not want to do the job,” said Azwindini Mukondeleli, one of the neighbours.

She said when they got to the clinic, Norah was too ill to even sit or stand. However, despite her condition, nurses told security personnel not to let anyone enter, no matter how urgent.

No electricity, no service delivery

“It was so painful seeing my neighbour suffering like that while nurses were spotted inside,” explained Mukondeleli.

She said the Vleifontein clinic was experiencing load reduction at the time. Due to the lack of electricity, they were unable to assist.

Mukondeleli continued: “When we tried to explain that Norah might die if she doesn’t receive medical help, they told us to contact an ambulance to take her to Elim. But unfortunately, we didn’t have airtime or emergency service contact numbers. It was only when one of the villagers saw us struggling and jumped in to help.”

Manthosi was rushed to Elim Hospital and is recovering at home. Meanwhile, Vleifontein residents gathered outside the clinic Saturday to voice their frustrations about what transpired on Friday.

@PhophiRamathuba A woman who was very sick has been turned away from Vleifontein clinic as the staff say there are no lights and can't admit or help her. Why are we not using Solar at least in case of load shedding if Generators are expensive. pic.twitter.com/IIputwkXfr

Speaking to Health-e-News, Manthosi, who suffers from a chronic illness, said she is still in pain. But she is grateful that her life was spared, although still struggling to understand why she was refused help.

“When I heard that the nurses weren’t able to assist me, my pain worsened. Thankfully, I was assisted at the Elim Hospital,” said Manthosi.

‘We have wronged the community’

“I have heard all your stories, but we have wronged the community in this situation. Before we are nurses and doctors, we are mothers and women who must look after our fellow women. It was still early and it was not too dark. Even though there was no electricity, we should have assisted the patient,” said Ramathuba, while addressing the nursing staff at the clinic.

Ramathuba added, “We know that there are people who target our facilities when there is no electricity. However, we have informed our security personnel of what they should do in these situations. They only have to assess what’s going on to ensure the safety of everyone and let the patients in.” – Health-e-News