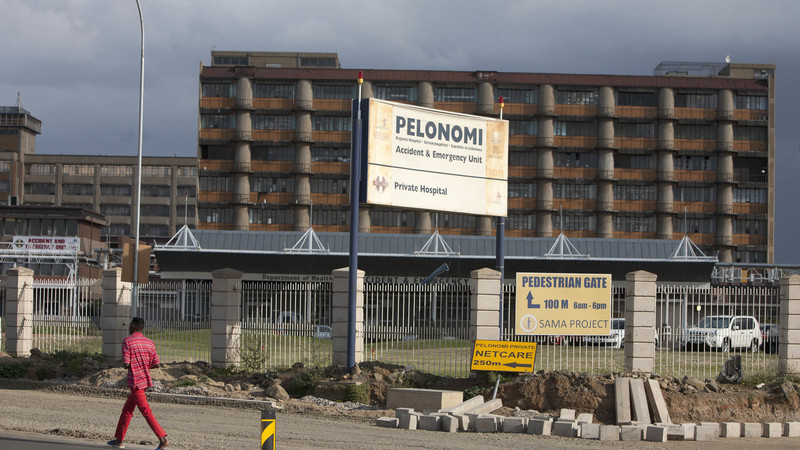 The Pelonomi Hospital in Bloemfontein in the Free State has been rocked by another shocking incident after a woman died after her bed caught fire. (Photo: Bloemfontein Courant)

The Pelonomi Hospital in Bloemfontein has been rocked by yet another horror incident after a female patient’s bed caught fire and died.

While authorities wait for investigations to begin, patients and staff members are struggling to come to terms with what happened. There are also plenty of theories swirling about as well as cover-up speculations.

This latest episode is another major blow for the hospital and the Free State Department of Health. Earlier this month, a man fell to his death from the seventh floor of the building. Health-e-News also reported on the South African Human Rights Commission (SAHRC)’s visit to several Free State health facilities as the province’s infrastructure collapses.

According to the health department’s spokesperson, Mondli Mvambi, the incident is under investigation. He said workers were alerted by the screaming of other patients.

“We can confirm that the 47 year-old-female patient died at Pelonomi Hospital, not because she was sick but because her bed caught fire. We are looking into how that happened.” It has been reported that the fire protection equipment wasn’t working.

Mvambi added that workers found a box of used matches next to the patient’s bed which has fuelled suicide speculation.

“We have alerted the next-of-kin and we can report that the patient had undergone a hernia and loop ileostomy on Wednesday and was on oxygen prongs,” he added.

Mangaung residents have little faith in the public health system and this latest incident has raised plenty of concerns. Kabelo Nong believes the fire was caused by an old and unreliable electrical system and fire protection equipment.

“The hospital equipment is old and some fire extinguishers aren’t serviced. I think the staff are trying to protect themselves by bringing up the issue of matches. We know that any form of fire is not permitted inside hospitals, especially inside the wards. An immediate investigation is needed,” he said.

Another resident, Keoagile Matshwari, said the police should take over the investigations.

“What was a  match doing in the hospital? Is the hospital using candles because of load shedding? Or was the patient having an illegal smoke in the ward? Shame on the ruling party. They deserve the blame for everything bad that happens in our country. I give up,” Matshwari said.

Tsebo Maphisa, a nurse at the facility, acknowledges that there could be a cover-up story with matches.

“If someone is killing herself, as my colleague claims, she could not have left matches there. And how did other patients fail to hear the smoke? The family must hire a private legal & forensic team. Trust me, the story of matches is a cover-up. I’m convinced it has something to do with negligence related to equipment,” she said.

Maphisa accused management and supervisors of excluding the police, adding that their conduct was against the law. “The matter needed to be investigated by police but the crime scene has been tampered with to give the impression that the patient was committing suicide.”

Meanwhile, Health MEC, Montsheng Tsiu, said the incident was unfortunate and said the matter will be investigated.

“I’m still shocked to have heard what happened at Pelonomi. An investigative team has been assembled,” she said.

Tsiu denied that there was a cover-up after the matter was reported to the public 14 hours after it happened.

“I don’t believe it was a cover-up but remember when this happened it was midnight. Workers were trying to keep the other patients safe and ensuring the area was evacuated,” said Tsiu.

Police have ‘nothing to add’

Meanwhile, the police confirmed that they have not registered a case.

Police spokesperson, Brigadier Motantshi Makhele confirmed: “We are in no space to report anything to you, kindly refer questions to the health department.”

In less than a month after the latest SAHRC visit, Pelonomi is a ticking time bomb with the cause of the fire yet to be established. – Health-e-News