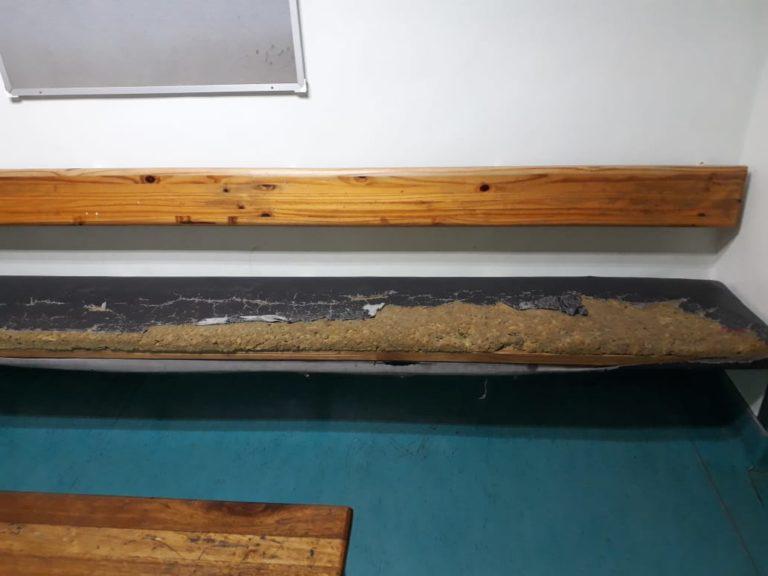 Out of utter desperation, members from various Free State communities approached the South African Human Rights Commission (SAHRC), which has since paid a three-day visit to evaluate the province’s crumbling health infrastructure.

The commission has now put the ball in the Free State Department of Health’s court following their inspection.

SAHRC chairperson advocate, Bongani Majola, who has never been one to mince his words about the decay in public health facilities, crossed the border last week.

“There is a critical human resource shortage, including doctors, nurses, specialists, ambulance staff, and community health care workers. There is a freeze on many vacant and. funded posts. Staff shortages hurt the quality of care received by patients.The risk of mistakes increases through long waiting periods, turning away patients, low staff morale, and staff burn-out. These mistakes increase medical claims against the State. The costs of avoidable lawsuits divert funds from providing health care to the population,” he remarked.

SAHRC looks into years of rot

Since the dawn of democracy, the people of Bloemfontein, Botshabelo, Thaba Nchu, and Qwa Qwa have had to put up with dilapidated old buildings and furniture. Poor quality and the lack of maintenance have caused years of discomfort for patients when seeking medical help. With nowhere to turn, the commission was roped in to tackle the situation.

The national government has put charters, policies, and strategic plans in place to strengthen the performance of the public health system and enhance delivery. However, the outcomes have remained poor, and the disease burden has increased.

Teboho Seatlholo grew up in Thaba Nchu, east of Bloemfontein, and expressed his dissatisfaction with the state of the James Moroka Hospital.

“This hospital used to service the entire Free State while fighting tuberculosis. But unmaintained infrastructure has become a death trap,” he said. 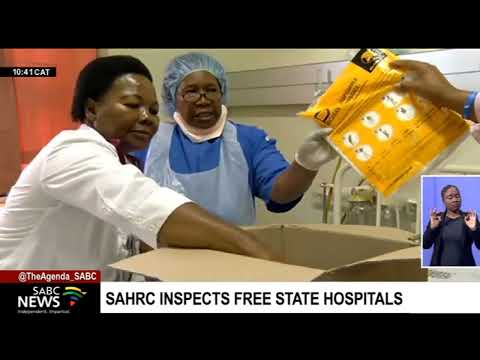 “At Pelonomi, we found structural challenges; the buildings are very old. There has been construction at Pelonomi that is taking forever, especially in the maternity ward. There are also several leakages, especially in casualty, despite renovations.  At [James] Moroka, the structure is also very old and imposes many health risks for the people. There are also several vacant positions not being filled. These are some of the few issues we picked up that affect the right to health as stipulated in the constitution,” explained Kheswa.

The Commission is equally concerned about the state of Emergency Medical Services (EMS) in the province.

‘Issues will be dealt with.’

“All the issues raised by SAHRC have been discussed with provincial and national treasuries. All the identified issues will receive the government’s attention,” she said.

She added that hospitals and other government buildings remained the responsibility of the Department of Public Works.

Tsiu refused to deny nor confirm if hospital boards are responsible for the SAHRC findings. However, she added: “The department will work with the commission to attend to all recommendations”

It appears only the recently built Only Alfred Nzula Hospital and Senorita Ntlabathe Hospital are in an acceptable state.

The SAHRC also touched on the lack of specialists within the province.

According to BMC research, the lack of health workers is more significant than many think. The challenge of unavailability of appropriate skills in the Free State was mainly due to resignation and suspensions as the provincial health department was experiencing leadership and health for human resource (HRH) management challenges.

“Some participants also highlighted that there was an exodus of operational managers of clinics due to more attractive work opportunities elsewhere – in the private sector or other provinces.The Free State public health sector could not recruit as quickly as required and failed to retain requisite skills. The participating stakeholders often associated healthcare worker motivation with the provision of allowances, the level of safety of institutions, and manageability of workloads,” the study read.

This isn’t the first time the human rights watchdog has intervened. In 2019, Health-e News reported on the shocking state of the Free State Psychiatric Complex.

Patients went hungry while piles of laundry piled up in the passageways due to broken washing machines. The provincial government did not meet the SAHRC’s recommendations.

While finalising the findings, patients like Thato Mazibuko of Thabong, Welkom, will be forced to gamble with their health.

“In some instances, we start queueing at clinics from 5am. If we’re lucky, we might get help by 4.30pm with one nurse attending to everyone,” he said. – Health-e News