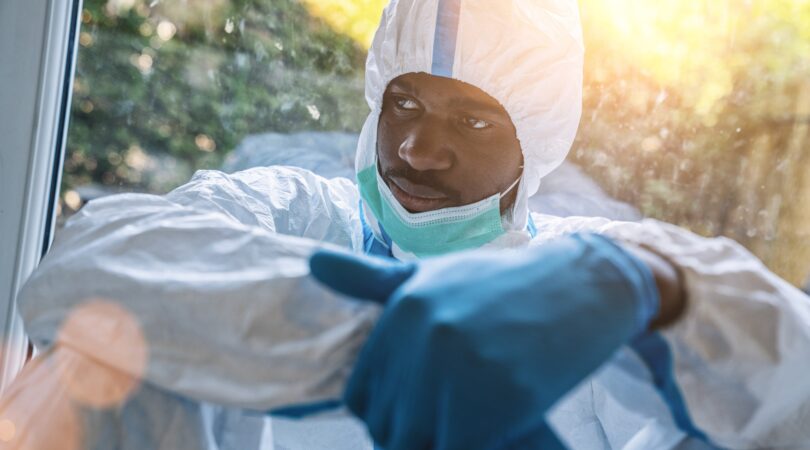 Though infections are on the steady decline, the prevalence of post-COVID-19 condition (PCC), is a concern for South Africa’s ailing healthcare system. And experts have warned that the country urgently needs a national health strategy to address this burden.

This grim picture was brought to life in a cohort study titled: ‘Post Covid-19 condition 3 months after hospitalisation with SARS-CoV-2 in South Africa’. It aims to establish how PCC has affected patients three months post-hospital discharge. The study revealed that at least two-thirds of participants with confirmed SARS-CoV-2 infection presented either new or persistent symptoms. Common PCC symptoms reported include fatigue, shortness of breath, headaches and blurred vision among others.

According to one of the lead study authors, Dr Waasila Jassat, the results from the study are very concerning. Jassat is the Public Health Specialist Lead of the National Covid Hospital Surveillance at the National Institute for Communicable Diseases (NICD).

“It is concerning because of the potential additional burden on an already overwhelmed healthcare system. There is already reduced work productivity and an increased need for economic support. With PCC, there will be more patients and ailments that need attention to have healthy communities,” said Jassat.

(1/3) The post COVID-19 condition commonly known as ‘long COVID’ can occur in people of all ages after infection. pic.twitter.com/saNouEnzru

Most participants were individuals who were previously hospitalised with COVID-19 and reported persistent symptoms three months after hospital discharge. PCC was found to have had a significant impact on their functional and occupational status. Participants had a median age of 52 years and 51,3% were women.

“The large burden of PCC symptoms identified in this study emphasises the need for a national health strategy. This should include the development of clinical guidelines and training of healthcare workers for identifying, assessing, and caring for patients affected by PCC. Further, the establishment of multidisciplinary health services and provision of information and support to people who have PCC is also needed,” stated the study.

It further read: “This is the first study of this size that describes the prevalence and risk factors for PCC in SA.”

According to Jassat, older adults (aged 65 years or older) had an increased risk of new or worsening and new or persistent symptoms. Being female was also identified as a risk factor for PCC. Outcomes of breathlessness and self-reported non-recovery and admission to ICU were associated with persistent symptoms. While participants who received supplemental oxygen during hospital admission also showed association with breathlessness and new or worsening disability.

“It is important to consider the effect of survival bias in the case of PCC. Men have a higher risk of mortality during the acute COVID-19 phase than women but being male is not a significant factor associated with PCC. This suggests that women, typically of younger age, are more likely to survive the acute disease, but subsequently have worse long-term outcomes,” said Jassat.

She further indicated; “Additionally, health-seeking behaviour in men is lower than in women and men might be less inclined to report the persistence of poor health. However, further studies or explorations on other factors such as the effect of sex hormones on the risk of developing PCC, socioeconomic effect of COVID and health access will need to be conducted. Factors such as being female, having been admitted in ICU, receiving oxygen during acute disease, mechanical ventilation during admission, having more than five symptoms during acute COVID-19, and presence of comorbidity will also need to evaluate further.”

According to Jassat, for this cohort research, only 3% of participants were vaccinated before acquiring COVID-19. This is because the vaccination programme had not started when the majority contracted the virus.

Jassat believes that: “The findings can inform public health measures, including identifying individuals at increased risk of developing PCC and providing patient support and information. Development of clinical pathways and guidelines for the care of these patients and health service planning can be informed by these findings.”

But according to Jassat, the study had its shortcomings despite the findings.

“We did not collect data on chronic medications and were unable to draw any conclusions that would suggest that chronic medications and their related side effects played a role in the persistence of symptoms, although it might be a confounding factor. The study was limited to participants who were hospitalised with SARS-CoV-2,” stated Jassat.

She further said; “All symptoms were self-reported hence the possibility of recall and response bias. The study did not attempt to investigate the cause of the persistent symptoms or rule out other causes for persistent symptoms. Participants were enrolled through telephonic assessment, limiting the enrollment to those who had recorded phone numbers.”

According to the NICD, doctors and scientists are still trying to understand why some patients develop Long Covid. It is believed that as many as one in 10 people who become ill with COVID-19, have not recovered fully when followed up nine months after their acute illness. – Health-e-News