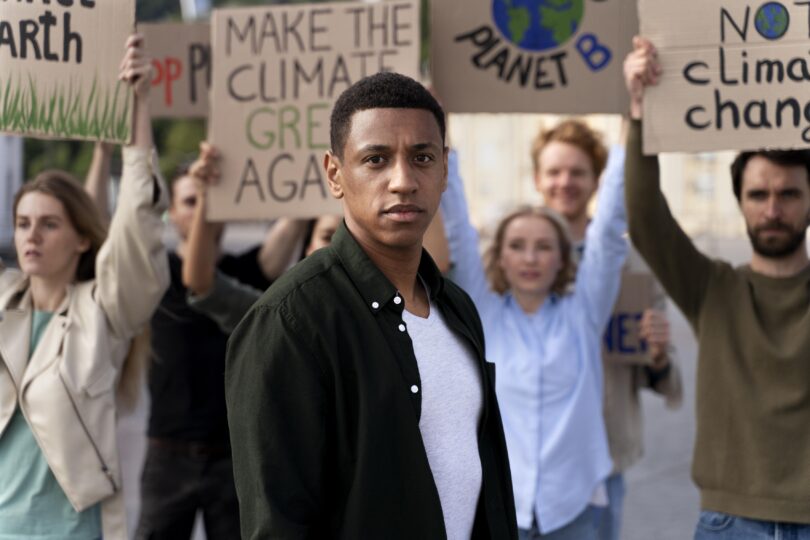 Health-e News takes a look at five common climate change myths and how South Africans can be a part of the solution. (Photo: Freepik)

Climate change continues to have a major negative physical, socio-economic and ecological impact on South Africa. Experts say that the nation is yet to experience these effects under all climate change scenarios.

Understanding what climate change means and how it impacts the everyday lives of all people living in SA is an important part of actioning communities to take part in the solution.

A report released by the Centre for Environmental Rights (CER) examines what life in Southern Africa will look like if we continue on the current “worst case scenario” climate trajectory. It warns that these impacts will include extreme heat stress and extreme weather events, including:

There are common myths about climate change, take a look at the myth and the fact below:

According to the World Wide Fund Organisation (WWF), the climate change that the world is currently experiencing is not normal. They said that this is because, throughout the Earth’s 4.5-billion-year history, the climate has changed a lot.

The organisation refers to the rapid warming we’re seeing now, which can’t be explained by natural cycles of warming and cooling.

“The kind of changes that would normally happen over hundreds of thousands of years are happening in decades. Global temperatures are now at their highest since records began.”

According to the organisation, 17 of the warmest years that have been recorded have all taken place since 2001.

The continuing warmth at a much faster speed corresponds with the increasing levels of carbon dioxide in the atmosphere. Climate change today is linked to man-made behaviour and lifestyle choices.

2. The impact of climate change is still a future problem

False. SA is said to be already feeling the effects of the shift and this shows through extreme weather patterns.

In Mozambique in 2021, there were reports of cyclones that caused heavy rains and flooding in Limpopo and the Northern parts of SA. Evidence shows that climate change is increasing the intensity and frequency of storm systems all over the world.

Different areas and communities experience the rise in intense rainfall events for as long as the warmth increases in SA.

In South Africa, higher emissions mean a failed maize crop will increase from once every 20 years to once every 6.7 years by the 2060s.https://t.co/P9ddVbkQ5e

The CER report further states that formal climate change attribution studies will confirm that the “phenomenon intensified this year’s floods, although such disasters occur in the province due to natural climate variability.” This means that climate change is exacerbated and has the potential to continue influencing the impact of floods.

3. Global warming is not harmful because we still have winter

We still have cold days but this does not mean that global warming is not causing an impact on the environment today.

Global warming is causing the earth’s average surface temperature to increase. Because of this, heatwaves and droughts are more likely and cause changes to the natural climate systems. The changes to the climate system have been observed to make extreme weather events, like floods, happen more frequently and for a longer time.

The World Weather Attribution group states that global warming made the heavy rains which caused the floods in April two times more likely than if greenhouse gas emissions had never contributed to how much heat there is on the earth.

In addition, Between 2041 and 2040, temperatures will increase to the point that it will be “almost certainly be too hot to work outdoors for most of the year, curtailing almost all agricultural fieldwork and manual labour.”

This will also have a ripple effect on food security in communities that depend on subsistence farming. Provinces like Limpopo will not be able to depend on rain to sustain agriculture and grazing for livestock. The report states that commercial farmers will likely struggle to obtain a sufficient amount of irrigation water, and conflict over water use may arise.

4. Climate change does not have a direct impact on our health

Climate change is said to be one of the biggest threats that are facing humanity. The impacts of this are already visible in the environment, which causes harm to human health. Air pollution, extreme weather events, food insecurity, disease, and pressure on mental health.

The World Health Organisation (WHO) reported that12.6 million people are killed by environmental factors every year globally exposed to their living and working conditions.

WHO denotes clean air, fresh water, medicines, and food security, as positive and efficient environmental conditions that limit disease and stabilise the climate. Health societies rely on well-functioning ecosystems to provide these.

“Food production is responsible for 25% of all greenhouse gas emissions, which are causing our home to warm far too quickly. This means that habitats are at risk, sea levels are rising, and more extreme weather is causing floods and droughts. Our lives, as we currently know them, are under threat.”

5. China is the only country that is responsible for climate change

Although China is known to be one of the largest emitters of greenhouse gases, they are currently one of the largest investors in renewables. This means that the increase in investment has been in response to the rapid growth of green business and the need to clean up air pollution in its major cities.

WWF organisation writes that “climate change is a global issue and we all have the responsibility to step up to the climate crisis. Action on it will need serious investment but has the potential to deliver huge benefits for nature and people.”

It’s crucial to urge everyone to see climate change as a problem that affects their community. – Health-e News