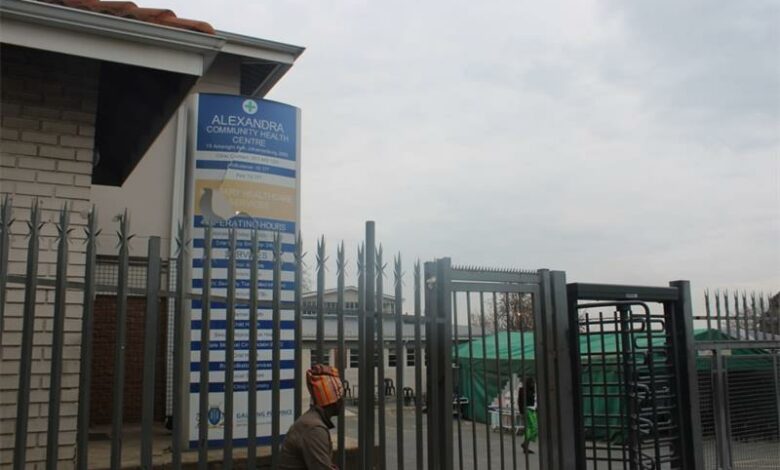 The parents of a four-year-old boy are demanding answers after they were turned away from the facility by a security guard who explained that the generator wasn't working. Their son later died while driving to another hospital. (Photo: Kamva Bena)

The family of a four-year-old boy who died after he was hit by a car last month believes he may have survived if it wasn’t for load shedding.

Their nightmare started when a car hit Nhlakanipho Zondo while he was chasing a soccer ball.

A matter of life or death

They rushed the little boy to the Alexandra Community Health Centre (CHC), five minutes from their home. But a security guard told them they could not enter due to load shedding. He also told them that the generator wasn’t working, advising them to take the seriously injured child to Edenvale Hospital.

They begged the guard to let nurses on duty examine the child, but he told them to call an ambulance or take the boy to another hospital.

Mahlangu explained: “I do not know why he [security guard] would deny us access even though we told them it was an emergency. If a clinic we have been using for years cannot treat emergency cases like ours because of a broken generator, what about other patients who might need emergency care? Many people will still die because of load shedding at that clinic.”

Left with no choice, they drove to Edenvale hospital, but Zondo died before they could reach the hospital.

“His mother is not coping. He was her only child. The way the clinic treated us has hurt the entire family,” added Mahlangu.

Apart from a visit from the CHC’s management a day after the child’s death, the family had not received any support from the provincial health department.  Mahlangu told Health-e News they had to rely on donations from neighbours to afford funeral costs. He worked as a chef before his company had to close their doors during COVID-19.

Health facilities must be excluded from load-shedding, says department https://t.co/GytLazuAg5

In June, the Gauteng Department of Health was notified about the broken generator. An Infrastructure Management Unit (IMU) team from the district and the Electrical Chief Artisan visited the clinic that same day to determine the cause.

Spokesperson Motalatale Modibe said traces of oil were found in the turbo.  The generator could not run when it was started and was not working at the time of publication. But a process to appoint a company to repair it had begun.

“The clinic was and is still operational during load shedding since the medical equipment operates either electrically or is battery-operated. It also has emergency lights as a contingency plan,” said Modibe.

Since Eskom announced the resumption of load shedding in June, there have been growing calls for health facilities to be exempt from load shedding.

The Democratic Alliance in Gauteng cited incidents where facilities ran out of diesel or generators broke down. In a statement, the party’s Shadow Health MEC, Jack Bloom, said that load shedding has a devastating impact on Gauteng’s public hospitals and clinics.

‘There is no excuse’

“There is no excuse for hospitals running out of diesel. The only real solution is to exempt hospitals from load shedding because even with generators, hospitals cannot fully function,” said Bloom.

Meanwhile, the Young Nurses Indaba Trade Union believed that diesel supply was also an issue which contributed to some facilities running out as suppliers were either owed money or were not being paid on time. Another concern was that some facilities could not pay Eskom because under the current centralised system, only the provincial department has this authority.

The union’s President, Lerato Madumo-Gova, further alleged that their members saw an increased mortality rate of patients who relied on oxygen supply.

Madumo-Gova added that some of the challenges resulted from poor leadership and a lack of political will.

Department spokesperson Foster Mohale, said they had not received reports about the serious impact of load shedding on services like elective surgeries. This was because hospitals have standby generators and batteries as their energy supply contingency plans.

The department is currently in the process of renewing a service provider’s contract, which will test and service the generators weekly as a temporary measure.

Modibe also revealed that they were engaging the Department of Cooperative Governance and Traditional Affairs to assist in engaging municipalities to exempt health facilities from load shedding.

“The MEC for Treasury announced a rooftop solar power project meant to alleviate pressure in this area. During the May 2022 budget vote, she indicated that the provincial government, through the Gauteng Infrastructure Financing Agency, will be financing Phase 1 of the Rooftop Solar PV project,” explained Modibe.

If successful, 11 hospitals will harness close to 10MW of their electrical power from rooftop solar PVs. This will help to minimise the impact of load shedding on essential services.