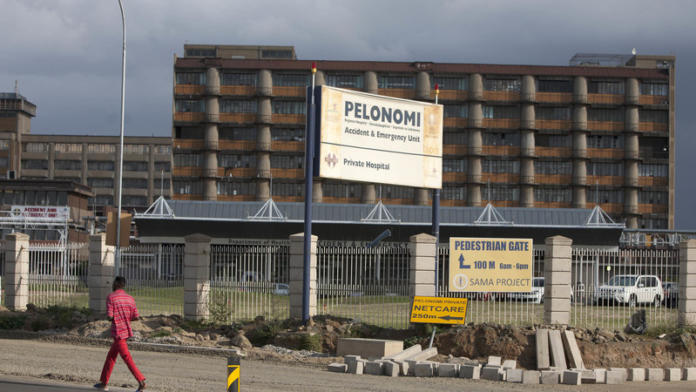 As medico-legal claims continue to pile up in hospitals across the country, Bloemfontein’s Pelonomi Hospital is no different with several accounts from dissatisfied patients painting a grim picture.

Not too long ago, the South African Human Rights Commission (SAHRC) warned the Free State Department of Health of looming legal costs if matters didn’t improve in facilities in the province.

In July, Health-e News reported on the visit as SAHRC Chairperson Advocate, Bongani Majola, witnessed the crumbling infrastructure. Two months on, nothing has changed.

‘Patients will die due to negligence have

Thapi Segopolo described the scenes when he visited the hospital last week.

“I took my two-year-old nephew to the hospital last Wednesday. While we were there, one patient fell to the floor and started having a seizure because they ignored her. Doctors tried to resuscitate her, but she didn’t make it due to negligence,” she said.

Segopolo added that they only received help eight hours later even though the child was seriously ill.

“We arrived at the hospital at about 15:30 but only got help at 23:55. There were about eight toddlers but their parents decided to leave because no one was helping them. Nurses were seen just sitting around,” said Segopolo.

She believes that nurses are ill-treating people in public facilities and that the government should investigate.

“What’s happening there is a disaster. They forget that people come from different backgrounds and most don’t have medical aids. They also took oaths to help the public, but instead, they do the opposite and treat people like dirt. Honestly, they must be reported because we keep on seeing things but keep quiet. This has to stop and we, as the community, have to act so that people can be treated with respect,” she explained.

Another victim, Lesego Ditlhareng, still remembers her ordeal from 2020.

“I was in a ward with a woman who had just lost her baby. She was unable to bathe herself and the nurses told her that can bathe when she was able. I even offered to help her. It’s their job to bathe someone after surgery and I thank God that I was transferred to Universitas where I received the best treatment,” said Ditlhareng.

Meanwhile, the young mother, Mmoko Sefoloko, still cries when she recalls her recent visit to Pelonomi.

“Pelonomi makes me so sad, thinking that a child nearly passed on because he was neglected. He was very sick as a two-month-old baby and was returned from casualty because ‘nothing was wrong. We had to sleep with a sick child but luckily, we took him to the Polyclinic the next day where he was attended to. Passing Pelonomi or hearing about it, opens wounds,” said Sefoloko.

The DA will drive these issues in parliament and will continue to care for residents. pic.twitter.com/e2JbuBMhyF

She continued: “We prayed every day for God to save the child. May God bless the nurse who phoned the pediatric ward informing them that there was a very sick baby who needed help.”

The onus is on patients

“It is not right to come to any hospital and not receive the help that you expect as a patient. We took an oath to treat patients with care and respect,” said Tsiu.

According to the Office of the Health Ombud (OHO), they are present to protect and promote the health and safety of users of health services. It considers, investigates and disposes of complaints in the national health system relating to non-compliance with prescribed norms and standards.  The OHO strives to ‘contribute towards the development of public service culture characterised by fairness, dedication, commitment, openness, accountability and the promotion of the right to good public administration’.

The public is urged to submit their complaints if they were inappropriately treated or provided with poor quality health care services. “Whistleblowers are guaranteed anonymity,” the OHO further stated. – Health-e News