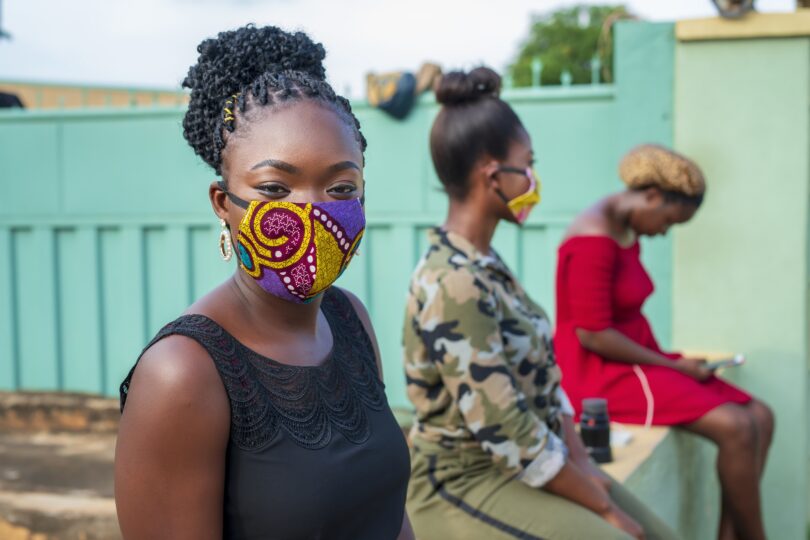 A new report has revealed that although Africa was the hardest hit by COVID-19 travel bans, the variants that triggered waves of infections across the continent originated from Europe. (Photo: Freepik)

Most of the COVID-19 variants found in Africa during the pandemic originated mainly from Europe, but the continent was the hardest hit by travel bans. This is according to a study published in the medical journal Science last week.

Over 300 authors from Africa and abroad worked together to sequence the over 100 000 genomes and characteristics of the SARS CoV-2 variants. This report is the culmination of the largest consortium of African scientists and public health institutions joining forces to support data-driven COVID-19 responses in Africa.

A closer look at what drove the variants

This study was led by two labs that set up the network for genomics surveillance in South Africa – the Centre for Epidemic Response and Innovation (CERI) at Stellenbosch University and the KwaZulu-Natal Research and Innovation Sequencing Platform (KRISP) at the University of KwaZulu-Natal. The two institutions worked closely with the Africa Centre for Disease Control and Prevention (Africa CDC), the African regional office of the World Health Organisation (WHO AFRO) and 300 other institutions across the continent.

The report concluded variants and geography drove the COVID-19 waves. Sampling and molecular clock analysis proved the Beta variant arrived in South Africa in September 2020 and not December 2020 as originally thought.  This three-month delay in detection gave new variants ample time to spread over a large region. However, the report found by end of  2021, the time taken to detect new variants improved due to an increase in sequencing capacity in Africa.

“The phylogeographic methods that we employ to investigate the movement of the SARS-CoV-2 virus and its variants into, out of, and within the African continent account for uneven testing and sampling proportions across countries. This arises from the realities of doing genomic sequencing in the middle of a pandemic, often in low-resourced settings,” said Dr Eduan Wilkinson, Senior Author of the report and Head of Bioinformatics at CERI at Stellenbosch University.

@WHOAFRO is supporting countries to improve their laboratory capacity and scale up genomic surveillance as one of the ways of responding to emerging #COVID19 variants. Since the start of 2022, about 57, 154 sequences have been reported. Read more here ➡️ https://t.co/mFqft6kAlr pic.twitter.com/oTtU4bIO7J

The results highlight the early warning capacity that genomic surveillance in Africa has had compared to the rest of the world with detecting new variants. Genomic surveillance can be understood as a process that allows scientists to track the spread of variants and monitor changes to the genetic code of SARS-CoV-2 variants.

The report stated scientists proceeded carefully in analysing genomic and epidemiological data collected in over 50 countries that experienced quite heterogeneous epidemics to reconstruct the transmission dynamics of the virus most accurately.

The results show that the Alpha variant that emerged in Europe at the end of 2020 was responsible for infections in 43 countries. There was evidence of community transmission in Ghana, Nigeria, Kenya, Gabon and Angola.

The report found that India accounted for 72% of the Delta variant spread, mainland Europe 8%, the UK  5%, and the US 2.5%. Viral introductions of Delta also occurred between African countries in 7% of the reduced introductions.

In addition, the report alludes to the increased population immunity from SARS-CoV-2 infection and vaccination numbers as reasons Omicron caused fewer deaths as recorded in South Africa during that period.

“The ironic part of these results is that most of the introductions of variants in Africa were from abroad. But Africa faced the most discrimination and was hit with punitive action like travel bans. We should rather build on Africa’s infrastructure so it can rapidly pivot to other epidemics without fear,” said Professor Tulio de Oliveira, Director of CERI and KRISP.

Genomic surveillance can only be effective as a public health response if sampling for sequencing is spatially and temporally representative. SARS-CoV-2 in Africa means expanding the geographic areas for sequencing capacity to capture the genomic epidemiology in as many locations as possible.

A meta-analysis of the first 10 000 SARS-CoV-2 sequences generated in Africa in 2020 identified several blind spots. Meta-analysis is the quantitative, formal, epidemiological study design used to systematically assess the results of previous research to derive conclusions about that body of research.

Since then, a lot has been invested in building capacity for genomic surveillance in Africa, coordinated mostly by the Africa CDC and WHO AFRO. Several other national and international partners have also helped with an additional 90 000 sequences shared over the past year.

This marks the sequencing effort for SARS-CoV-2 as a phenomenal milestone. Dr Matshidiso Moeti, WHO AFRO Regional Director, said the continent’s leaps in genomic surveillance is the silver lining in the COVID-19 pandemic.

“The continent is now better prepared to face old and emerging pathogens. When Africans are in the driving seat, we can stay a step ahead of dangerous diseases.” – Health-e News