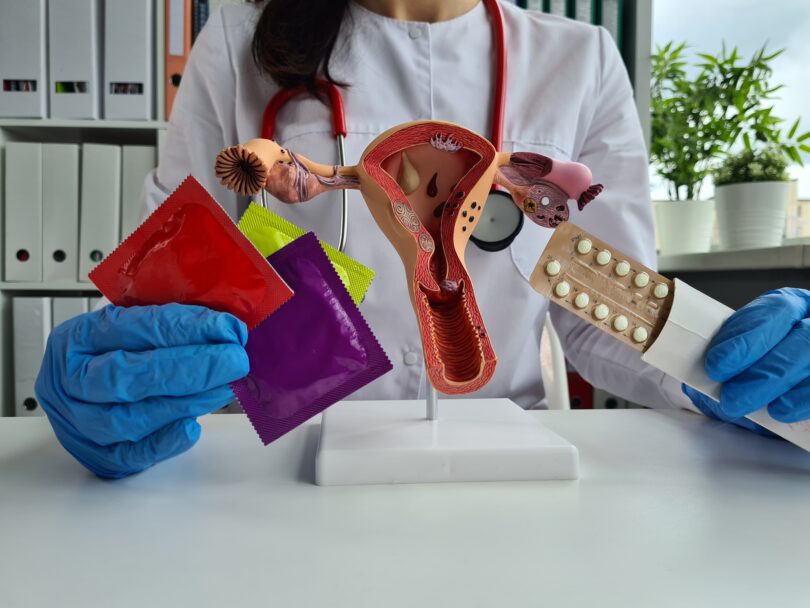 Contraception is a critical healthcare need that has a far reaching impact on society.(Photo: Freepik)

Young girls and women in rural areas face huge obstacles in accessing contraceptives due to ongoing stockouts across the country. It’s become so bad in some areas that some mentally prepare themselves for unplanned pregnancies.

A recent report by the Stop Stockouts Project, in collaboration with the Ritshidze project, revealed that contraceptives represent 40% of medicine stockouts. Of the 15 750 clinics monitored in seven provinces, the injectable contraceptive (76%) and oral birth control pills were the most affected.

After the birth of her first child in 2019, she started using Noristerat, a contraceptive injection that offers 8 weeks of protection. But in 2021, stockout challenges became a reality, and without access to her preferred method of contraception, she fell pregnant with twins.

A year later, there remains a lack of available contraceptives.  “I went to the Vyeboom Clinic for four months without receiving contraceptives. The nurses explained that there were either shortages or stockouts. I just have to prepare myself for an unplanned pregnancy,” said Mthethwa.

She’s been forced to switch to whatever contraceptive is available, opting for Depo-Provera, an injectable, and condoms which she’s been using for eight months.

She has her doubts, though, since condoms aren’t 100% safe, and she doesn’t want to fall pregnant again before completing her degree.

Mthethwa currently accesses her contraceptives from a mobile clinic once a month. The Vyeboom clinic is too far for her to risk being told that the medication is unavailable.

Mthethwa continued: “I wish our clinics didn’t have shortages of medication and that our health suppliers have better ways to ensure that clinics in the villages don’t run out.”

💊Contraceptives represent the biggest share of medicine stockouts at public healthcare clinics in #SouthAfrica, according to a new report from the @Stop_Stock_Outs Project (SSP).

SSP is an innovative partnership between @MSF and 5 partners in 🇿🇦. https://t.co/auxpKxnWS7

Sihle Shabalala, Mpumalanga Provincial Manager of the Treatment Action Campaign (TAC), and a nurse by profession, said that contraceptive stockouts have been going on since 2017.

“Even when some women found the contraceptive they needed at a facility, there’d often only be enough for half of the women. The healthcare worker will say that 50 are available, but 100 women need the tablet. So this means that only half of them will get it,” said Shabalala.

Even though there are alternatives, suddenly changing methods exposes women to several side effects.

Shabalala continued: “It’s not good for us. If I want a contraceptive, I have the right to choose the one that I prefer and that works for me. If I don’t want to change for any reason, I shouldn’t have to.”

Shabalala emphasised the concern of the irreversible impact of falling pregnant without planning for it.

“Some women are using contraceptives without their partner knowing, and changing it may create interpersonal problems because we’re not sharing this information with our partners. It is also still difficult for women to negotiate condom use. The system cannot place this additional burden on them,” she said.

*Aphiwe Zinto, 16, is a high school learner from Gqeberha. She said that the shortage of contraceptives at her local clinic, kwaMagxaki Clinic, forced her to change from using the injection to the pill.

“I went there earlier this year in April, and I was told that they don’t have it. This carried on for the following four months after that. I eventually settled for the pill in August,” said Zinto.

“The pills are not suitable for me as a learner because there are a lot of things that are going on in my mind every day. There’s homework, extra murals classes, and other things. It’s easy to forget to take them since they have to be taken at the same time every day,” she said.

Zinto is worried that she may have to stick to the pill as her main option.

Dolly Mlu, 23, from Orange Farm, Gauteng, described the treatment that she received at Stretford clinic as indecent. After going there for contraceptives, she was asked to prove that she was not pregnant before she received them.

“The nurse asked me if I was on my period. If not, they told me that I had to buy a pregnancy test at the clinic or a pharmacy and bring it to show them the negative result,” said Mlu.

Mlu decided to leave the clinic and return when she had her period to prove her need for a contraceptive.

“I was amazed when they required me to buy a clinic book from them before giving me the contraceptives. The nurse said they would use the book to record all my appointment dates, and I had to lie because I didn’t have the money for it,” Mlu said.

Mlu asked the nurse for the contraceptives and said she would return and buy the book. Her appointment date was then written for her on a piece of cardboard.

The young woman questioned the service she received at the clinic and said it had disrupted her life.

“Being told to buy a pregnancy test and a book, and having to lie for contraceptives, even though we should be getting these services for free, is just not right,” she said.

Nurses have a lot to answer for

The results from the survey also indicate that healthcare workers (HCWs) do their best to ensure that patients do not leave the facility empty-handed.

At least 58.3% of the HCWs said that they recommended switching to an alternative when the required contraceptive was not available.

Fikile Dlokomela-Lengane has been a public health clinician for 12 years and an activist for 16. She is currently working at a clinic in Gauteng.

She explained that family planning is done by nurses 80% of the time and that patients look to them for answers when there are stockouts.

“The patient has the right to come and question us about why they can’t get a particular contraceptive. You, as a nurse, don’t even have information yourself, yet you are expected to give service to the next person and account for a process that you’re not even part of,” she said.

Rural health ‘is taking a beating’

“It is gruesome. Rural health is taking a beating from industrialisation, unemployment, professionals moving to work in big cities, and contraceptive stock is not a priority.”

She added that the contraceptive stockouts are not the nurse’s fault. But it easily becomes the nurse’s responsibility to have information about it. This leads to nurses being seen as permanent enemies in their communities.

Dlokolmela-Lengane added: “We’ve got our coordinators and our nurse managers, but we, as nurses, are not part of the policy-making process. So, at the end of the day, when the circular comes to you, and it says that a certain contraceptive is not available, we don’t have the chance to ask why or how, or even who realised that this medication was low.”

Nurses receive circulars, which can be understood as a document with information about the facility’s available services, medication, treatment, and daily operations.

Dlokolmela-Lengane continued: “Young girls and women not being able to access contraceptives is a failure. There seem to be no contingency plans, and we need urgent action against this. Time is ticking.” – Health-e News