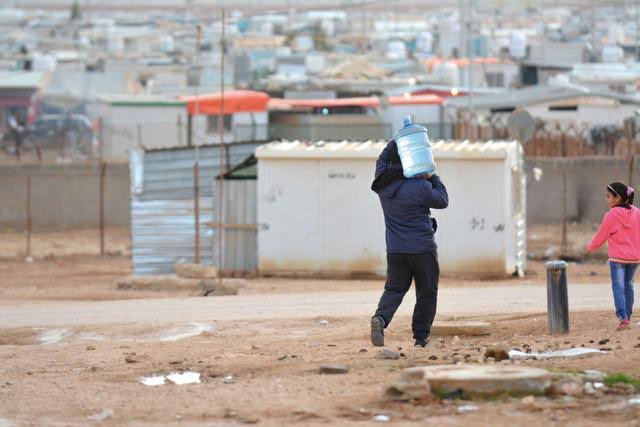 Free State residents are reaching the end of their tether as they search for water –  life’s most basic natural resource. Clinics have also been severely affected while patients scurry to find facilities that aren’t water-stricken.

The suburb of Moemaneng near Marquard in the Eastern Free State has been hit hard. Out of desperation, locals travel long distances in search of water and residents are forced to use Mamello Primary Healthcare Centre, the only facility where taps aren’t dry.

Tshidiso Thulo, a father of two, said the water shortages began five years ago. The 39-year-old thought health facilities would be prioritised.

“The municipality should’ve prioritised clinics with water so that they can continue operating. I took my daughter for her toddler injections and was diverted to the clinic in town,” Thulo said.

He added that the closure of the Nothnagel and Kokelong clinics had forced residents to fork out money for transport, an unexpected expense.

“Government is not only failing us and is also failing its system. The shortages at government facilities prove that we are led by people who cannot prioritise putting water first,” he says.

Water scarcity has affected the entire area with sewerage spillage and unstable networks.

Residents, many of them impoverished, have to pay up to R250 to rent a pickup truck to transport water.

The water shortage has also impoverished many families who are forced to cough out about R250 to rent a pickup truck to transport water.

Matshepo Khodumo, 72, is a pensioner and lives alone. She confirmed that the water tanker doesn’t cover the whole area. “Once I’ve received my monthly pension, I pay R250 to a transport owner who brings me containers of water,” she said.

Khodumo is also forced to spend money on transport to get to the nearest clinic.

“My money is finished before I can buy food. I pay for water and a taxi that takes me to the clinic in town because those around me are closed,” Khodumo said.

Locals also feel let down by the Setsoto Municipality, which promised to provide water from the Lesotho Highlands water project. The government has since gone quiet about this.

“I think the government is comfortably ignorant to our needs in Marquard. Just because our people live below the poverty threshold doesn’t mean we should be treated like this,” he said.

Moleko added that the last and only reservoir built in Marquard was in 2003, and the area has grown immensely since then. “A small reservoir was built, and it is inadequate for the growing township,” he said.

Currently, only 10% of the houses have running taps.

The N1 and R70 roads near Ventersburg in the Free State are still closed following a protest by residents. Residents are complaining about water shortages in the area as some parts of town have been without water for weeks. #sabcnews

Nonki Letele* is a nurse from the Kore long Clinic, which has since closed. She told Health-e News that they were forced to shut down due to no water deliveries.

“The municipality is not prioritising people’s needs. Water is not delivered to clinics, and we cannot open because some ailments need urgent drinking of meds, and that cannot happen without water. Another reason we closed is the sanitation that requires water usage,” she said.

The manager responsible for water services at Setsoto Municipality, Pulane Koala, has refuted claims that it only provided water for Ficksburg and the other two towns. “There’s nothing like that,” she said, failing to answer any further questions.

Meanwhile, the Free State Department of Health has promised to investigate the closure of clinics.

Spokesperson Mondli Mvambi said: “We know that the municipality was supposed to deliver tankers in the area. If this is not happening, we’ll investigate and explain.” – Health-e News