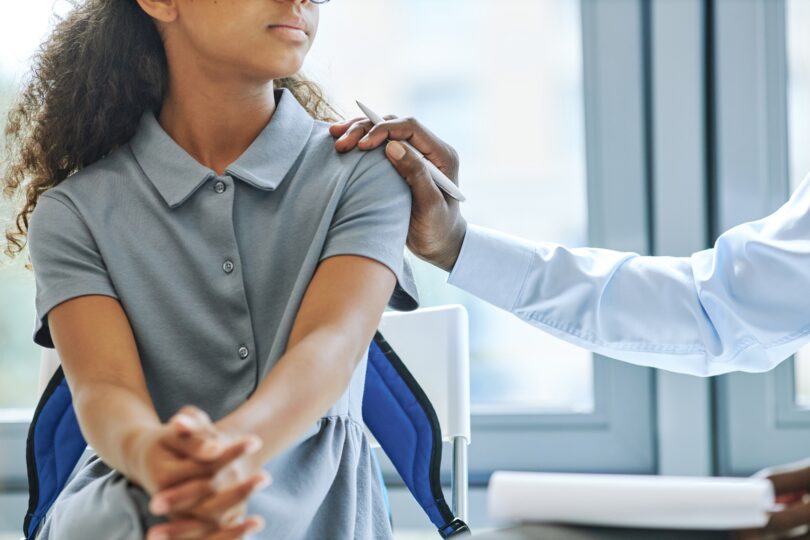 World Mental Health Day: Most kids don’t get the help they need

Almost two-thirds of South Africa’s children are facing their mental health problems alone; avoiding help or treatment when they need it most. And experts believe the only way to address this worrying trend is to become more vigilant about their children’s behaviour.

Bongani Ndlovu, a 15-year-old from Soweto, knows what it’s like to feel all alone.

“What breaks me is the fact that no one in my family noticed that I wasn’t okay. This means that I’m alone and have no one to turn to during this time,” said the teen. He said he never healed after he was mugged and his cellphone taken away for months.

Michel’le Donnelly, Project Leader for Advocacy & Awareness at the South African Federation for Mental Health (SAFMH), said that 10% of children and adolescents worldwide experience a mental disorder, but most don’t seek help or the care that they require.

“In South Africa, 65% of young people reported having some form of a mental health problem but did not seek any help. Experts warn that not addressing mental health for children and adolescents can extend into adulthood and limit opportunities for leading fulfilling lives. Children and adolescents in our country are facing an uncertain future, so we must find ways to promote children’s mental health and resilience and ensure that they have the requisite skills to cope with life’s challenges,” said Donnelly.

“According to the South African Child Gauge 2022, children and adolescents “feel afraid, angry and anxious because their routines, education, recreation, and family finances have been disrupted”. COVID-19 also threatened the stability of homes. It reduced the mental health and capacity of parents and other supporters to maintain a stable, emotionally regulated, and secure environment. This environmental disruption significantly impacted the mental health of children.  We, as SAFMH, believe that the same strategies we use to tackle external threats like climate change can also be applied to tackle the aftermath of COVID-19,” she added.

The Better Health Channel said teenagers who experience a distressing or frightening event are often concerned by these strong emotions. “Even though these reactions usually subside as a part of the body’s natural healing and recovery process, it is important for parents or carers to understand how a teenager manages distress and trauma so they can support and help the young person.”

Teens spill their hearts out

Ndlovu says he was triggered by a discussion during a Life Orientation lesson in school when the teacher asked them to share traumatic experiences they went through. “It was there and then that I realised that I am suffering from mental health problems because I had flashbacks of the day I was mugged. I was shaking, and up until this day, a simple walk down the street freaks me out.”

Siphelele Magudulela, 19, also based in Soweto, said even though he received help after being kidnapped, he still struggles with focusing on school, using public transport, and feels insecure.

Magudulela, whose kidnappers demanded a ransom from his family in February 2021, said his family and community were all very supportive.

“A detective who was dealing with my case referred me to a clinic that is based in a court, where I received counselling sessions. I only attended a few, and my older sister always accompanied me,” said Magudulela.

How kids respond to trauma

The Diagnostic and Statistical Manual of Mental Disorders 5 defines trauma as ‘exposure to actual or threatened death, serious injury, or sexual violation. When a child experiences a deeply distressing, life-threatening or stressful event such as violence or injury (traumatic event), acute and chronic stress responses such as fear, anxiety, panic, and shock commonly ensue’.

Children’s responses to traumatic events vary, with their responses influenced by different factors like trauma history and cultural backgrounds. According to the American Psychological Association (APA), many of the reactions displayed by children and adolescents exposed to traumatic events are similar or identical to behaviours that mental health professionals see daily in their practice.

The APA also reported that children and adolescents exposed to violence regularly often experience many of the same symptoms and lasting effects as children who are victims of violence themselves, including post-traumatic stress disorder (PTSD).

Donelly told Health-e News that half of all mental conditions start at 14. However, most of these cases remain undetected or untreated. “If we teach children to speak about their mental health and provide safe conditions for them, this proportion might not be so high,” she said.

“With regards to suicide, research shows that before trying to take their own life, a teen may have thoughts of wanting to die. This is called suicidal ideation. Threats of suicide are a cry for help, and if a teenager is having suicidal thoughts, they must know that they are not alone and that they should reach out to someone they trust and seek the necessary support. Children should be taught messages such as: “Remember, there is nothing shameful about talking about feeling like you are not coping, needing help, or talking about suicide,” said Donnelly.

Magadulela said apart from experiencing anxiety now and then, a car stopping anywhere near him makes him uncomfortable.

“I still need to deal with the emotional side, and I am even reluctant to help strangers after my traumatic experience. I am noticing things that are abnormal about me emotionally. A car stopping makes me panic, and on some days, I fear using public transport,” the teenager said.

Donelly added that not all teenagers with depression attempt suicide, but most of those who attempt suicide, are depressed. Depression affects your thoughts, moods and body and is treatable. Of those seeking help, at least 80% get better.

According to the South African Depression and Anxiety Group (SADAG), the following signs may be indicators of depression in teenagers:

SADAG also explains that the following may be warning signs of suicide in teenagers:

Getting children to open up

Schools are crucial starting points in being equipped to deal with mental health in classrooms.

“The 2021/22 South African Child Gauge describes the current and potential roles of schools in promoting and protecting mental health in the South African context. One way is for schools to normalise good mental health as something we should all strive to achieve. Having children talk openly and understand the topic is vital. By simply starting the conversation about mental health with children, you can share as much information and create understanding before stigma can even start to settle in,” said Donelly.

Ndlovu said he hadn’t received any help after what he went through.

“I didn’t get any help because my parents couldn’t see that there was something wrong with me. They weren’t at all supportive throughout my journey. This has affected me a lot at school because this was always in my thoughts,” he said.

“Whether in the classroom or on the playground, all children must understand that they should respect and care for one another. Bullying is prevalent on the playground, so equipping children to understand that it is wrong and that they should not be scared to speak up against bullying – whether for themselves or others – is one way we can encourage children to be mindful of mental health in all environments,” Donnelly explained.

“With that said, all teachers and parents should feel empowered to answer questions that children may ask to not further stigmatise the topic of mental health. These questions can sometimes be very straightforward, such as: ‘Why is that person crying?’ Experts advise answering such questions directly and honestly. It’s also important to reassure your child about any concerns they may have about their safety or their loved one’s safety,” she added.

There is always help on hand

Help is available. For those who are suicidal and need help or are unsure how to help someone in need, contact:

Additional FREE hotlines for support with your mental health include:

Donelly said we need to focus on creating supportive and encouraging environments that allow our children to thrive.

“Children and adolescents in our country face an uncertain future, so we must find ways to promote children’s mental health and ensure they are equipped to cope with life’s challenges. We, as SAFMH, call for these solutions to not only include medical treatment but an overhaul of our health care system that addresses all social and environmental drivers of ill health.” – Health-e News