Home » Children’s mental health: What kids need from a father 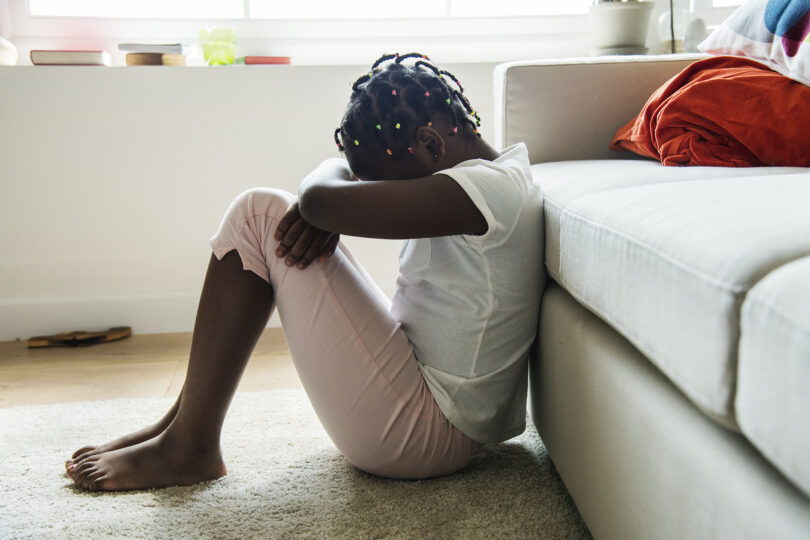 Children living in SA were more likely to grow up without their biological father.(Photo: Freepik)

Children’s mental health: What kids need from a father

A father’s physical presence in their child’s life can sometimes be as challenging as having an absent father. This is according to mental health experts looking at how growing up with a male parent affects children.

Professor Boitumelo Molebogeng Diale is a registered Educational Psychologist from the University of Johannesburg. She said having an absent father can sometimes be as challenging as living with a present one.

Diale explained that in unpacking father absenteeism, we had to look at the different components of a child’s physical, emotional, and spiritual needs.

“If we focus on the one aspect, being the physical presence, we could be missing the key aspects of absenteeism in a child’s brain because it could be this father who is present physically, but every other aspect is absent. And that impacts on the psychological well-being of this child.”

Charity Mkone, a registered Clinical Psychologist and Associate Lecturer at the University of Johannesburg, said understanding the impact of parental absenteeism on a child’s psychosocial development includes interrogating the quality of presence the father offers.

“You can have a father in the house, but he is never around, and you don’t see or have a relationship with him. He is physically present but not emotionally there, which makes a difference in how the child experiences the connection with their father,” Mkone said.

Present father is not always positive.

“When a child has a present father, but when his car is at the gate, we all become miserable, then what does that presence do for a child?”

Both psychologists agreed that the father’s presence is much more than being physically or financially available.

While these statistics represent a chilling and unfortunate trend in the lives of families living in SA, the reality is that many mothers have to raise their children on their own.

According to research conducted by the Human Sciences Research Council (HSRC) and the South African Race Relations Institute (SARRI), more than 40% of South African mothers are single parents.

Diale said the absence of a parent does cause feelings of loss and pain to a child and can impact them negatively.

“Children feel rejected. They eventually find it difficult to find a place of self-identity and self-awareness. And once they don’t get to that space of their identity as a child, they grow up with this void which shows itself differently throughout their life,” said Diale.

Dlala and Mkhone said children who experience the absence of their parents could be more prone to feelings of depression and anxiety.

“They are not able to separate the actions of their father from themselves and can therefore spiral into many different feelings that can make them believe they are worthless or unlovable,” said Mkone.

Diale said that it was necessary to remember the shift children growing up with divorced parents went through and how this can impact their mental health.

“Where there was a system that there’s a mother and a father, and all of a sudden daddy is away, and dad is not taking part, and I see daddy somewhere from afar, his life is happening without me. Children easily place blame on themselves and wonder if they could have been the cause of this change.”

Diale explained that children could think that the separation was their fault.

“The impact is great because they take on the blame. When we separate, divorce, and fight, – children see themselves in our little pockets as contributors. In reality, whatever the child has done is a normal phenomenon that any other child could have done in another family that they may perceive as more normal.”

Mkone and Diale shared different views regarding the impact that the absence of a father can have on children of different sexes.

Mkone said that the absence of a father in a boy child’s life could translate into the lack of a role model for their masculinity and manhood. At the same time, girl children are left without a role model to show them how men should behave and treat women.

“Research has indicated that women and young girls who grew up without their fathers present find it difficult not to be insecure in relationships. And there’s a higher rate of men with absent fathers who get incarcerated and are usually in trouble with the law, presenting several behavioural problems as children.”

Diale said it was essential to know how a child identified their relationship with a significant other – their father, mother, or grandfather.

“We need to try and move away from the gender binaries, and rather ask ourselves, who a child identifies a role model, boy and girl children, alike. What does this child identify as the key significant characteristic that makes them develop, cognitively, psychologically, emotionally, and spiritually – to find themselves and their identity as a child, growing into becoming a teenager and an adult.”

Diale said this process could occur with a neighbour, a friend’s father, or an uncle.

“I’ve had cases where children would wish they were like their friend who does not have a father because their father upsets the family system for the child. The question is – does the father’s presence in the house fulfil the role of bringing up a child in a more harmful or harmless environment?” explained Diale.

No prescription for parenting

Diale described parenting as a learning journey with no Bible or prescription. She said that one of the key places to start is with the value systems that a parent can instil in a child.

“Some universal values such as respect, dignity, love, and care can help a child contribute toward a better society. Other specific contextual value systems within the family also strengthen a child’s sense of self,” she said.

Diale and Mkone agree that “open age-appropriate communication” is also crucial in helping a child grow up with answers to their questions.

“A sense of honesty about their reality from the parent present helps the child to make sense of things and can build their self-esteem. An explanation at different times of the child’s life explains why the father is absent. And if the father’s absence is by choice, and they don’t want to be involved in the child’s life, it is also important to be frank and honest about that conversation,” said Mkone.

“The parent will have to observe their child’s maturity and age. Pay attention to the questions that the child may be asking themselves. Children express these questions with their words, behaviour, and interactions with other children,” noted Diale.

Mkone added that the role of “social fathers” is significant and can help provide support to present parents for their children.

Social fathers are father figures like uncles, grandfathers, neighbours, or teachers, whose presence strengthens a child’s psychosocial well-being. The child then experiences what it means to grow up with both parents.

“If you have an uncle who is a present father to his children and committed to his family, a child can model themselves against him. He gives the child the experience of growing up with both parents. It takes a village.” –Health-e News