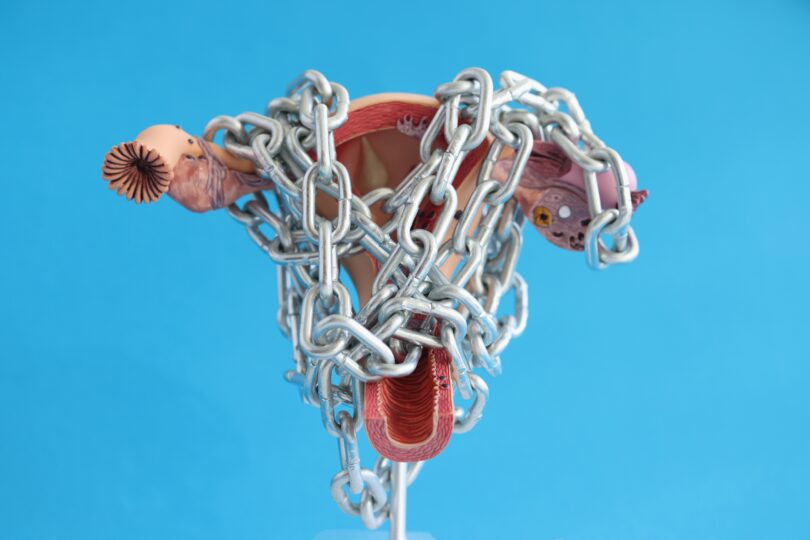 Not much is known about uterine fibroids, yet the prevalence, among black women especially, remains high in South Africa. (Photo: Freepik)

Severe period pain is nothing new for 31-year-old Boitumelo Molete. But her pain wasn’t normal and in 2016, she was diagnosed with uterine fibroids.

“I have always struggled with period pain and the duration of my period. I used to feel excruciating pain a week before my period, and every month I would experience an intensified version of this pain for seven long days,” said Molete.

She was working as an intern when she decided to seek medical help. Following her appointment with a GP, she was diagnosed with uterine fibroids (UF).

“I didn’t know what fibroids were at the time. This scared me because I thought my life was just beginning, and I was already worried about my fertility,” said Molete.

The doctor gave her surgery as the first option and medication as a second. She chose medication because she was weary about having surgery at that point and could not afford it.

He explained to her that the medication was going to suffocate the blood supply to the fibroids and prevent them from growing.

“This didn’t work for me. It had severe side effects for me and I couldn’t be intimate. I was emotionally unstable and I didn’t get my period for months due to the medication. I felt like it was toxic and so I stopped using it.”

Four years later, Molete visited a GP again because her period pain was unbearable. She was advised to see a gynaecologist and was referred.

She visited the Baragwanath Academic Hospital where she was advised of the High-Intensity Focus Ultrasound (HIFU) treatment method for her fibroids.

“They just told me that this is the treatment available for young women. I was not given enough information on what HIFU is and what kind of impact it would have on my health and my future,” said Molete.

Molete said the procedure was not as intrusive to her body as she expected and lasted only a few hours.

“They put me on the table and gave me the anaesthetic. Then they sent frequencies through a laser-like beam into my uterus. After the HIFU, I still experienced the same pain as I did before. This time, it was worse because I also developed extreme pain in my back.  I couldn’t understand why,” she said.

Molete said that she lived with this pain for over a year because she could not afford to consult a private doctor and was too untrusting to go back to a public health facility. She tried managing the pain with Grand-Pa powder (containing paracetamol and aspirin)  because it was affordable and accessible. As a result, she developed an unhealthy use of the powder and was drinking it even when not needed.

After getting a new job in 2021 which offered medical aid, Molete visited a physician and gynaecologist. The presence of fibroids was confirmed despite having HIFU. Although there was no blood supply in the fibroids, they were still sitting in her uterus.

Unfortunately, Molete had no choice but to opt for open surgery to remove the fibroids.

“Two big fibroids came out of my uterus. We also discovered that I had a cyst on my right ovary because I kept experiencing pain on the left side of my back. It means that the cyst and the fibroid located on the right were placing pressure on my spinal cord causing my extreme back pain,” Molete explained.

Molete said that the worst part about the HIFU procedure was the lack of communication and the subsequent pain and devastation she experienced as a result of the larger fibroids that grew after she believed she was treated.

The prevalence of fibroids

Fibroids can be understood as tumours that grow in the wall of the uterus. Also medically referred to as leiomyomas or myomas, uterine fibroids do not increase the risk of uterine cancer and can vary in size.

Fibroids are prevalent in women globally. Research shows that by the age of 50, 70 – 80% of women will have experienced a form of uterine fibroid growth.

A research report aimed at understanding the influence of race and ethnic variations in the prevalence of UF found that there is a lack of in-depth epidemiological studies on the prevalence, incidence, and risk factors of UF in Sub-Saharan Africa (SSA).

Two of these studies, one each from pathology departments in single institutions in South Africa and Nigeria, examined the proportion of UF in surgical specimens.

The results showed that in Northern Nigeria, all surgical specimens at a single facility over five years only accounted for 2.2% of UF. While the South African study reported that the proportion of UF among all hysterectomy specimens in a single institution over six months only was 64.6%.

This means that UF was found in over 60% of women who had hysterectomies over six months.

Dr Constant Ndjapa-Ndamkou, a specialist gynaecologist at the Charlotte Maxeke Academic Hospital, corroborated the research findings. He confirmed that six out of ten Black women who come to the hospital every week have fibroids.

Ndjapa-Ndamkou said that there are still no known causes and trial evidence that shows why uterine fibroids are especially common in Black women. Not much is known about the contributing factors but risks have been observed over time.

“In mainly Black African and African American women, it has been advocated that family history of fibroids is a factor. You’ll also find that the bulk of women who are between 25 and 35 years old will get fibroids. Stress and abuse also increase the risk of having fibroids,” said Ndjapa-Ndamkou.

He added that fibroids are usually diagnosed late because they sometimes have no observable symptoms at all.

“Most fibroids don’t have symptoms until patients start to consult for other problems like back pain or heavy bleeding. Uterine fibroids are often accidentally diagnosed. You’ll possibly be referred from a physician to GP, trying to identify it. A scan at the gynae will confirm whether you have fibroids or not,” Ndjapa-Ndamkou said.

Sometimes by the time a doctor sees the fibroids, it is due to other pain. And by that time, it may be discovered at a later stage. Other times, the fibroids are very small and doctors don’t do anything when they’re small. They are just monitored through consultation.

“But unfortunately, most diagnoses are made too late,” he said.

The introduction of the HIFU  technology is to improve the quality of life for women who have fibroids, by alleviating their pain through this treatment.

Marakgodi Ellence Mokaba, Director of Maternal and Neonatal Health at the National Department of Health (NDoH), said that the HIFU is a day procedure and does not require a hospital stay. It is also more cost-effective and has less risk of complications because there is no cutting or blood loss.

The Baragwanath Hospital, at the time, is reported to have been conducting two surgery cases a day when removing the fibroids surgically. The HIFU was intended to increase the hospital’s capacity and enable it to conduct a minimum of 25 surgeries a week.

However, in five years since, the department reported that only 600 treatment therapies had been conducted before the COVID-19 pandemic.

Mokaba explained that these low numbers could depend on a number of reasons.

Mokaba said that the treatment is currently only available in one other hospital in Pretoria – the Dr George Mukhari Hospital. She said that the machines required remain scarce because they are so expensive.

“This service was affected by the pandemic. We currently don’t have the numbers that reveal how many therapies have been offered during the pandemic. But it’s continuing because patients keep on coming,” said Mokaba.

Ndjapa-Ndamkou said that the high number of women needing the surgery means a lot of them end up waiting for months.

“A booking has to be made and sometimes you may not get one immediately. It can take up to two or three months, said Ndjapa-Ndamkou.

He noted that doctors also have to assess the risk of performing surgery on patients and make the decision based on the assessment and the size of the fibroids.

Ndjapa-Ndamkou said that the majority of fibroids cannot cause infertility, and recalls having seen plenty of pregnant women with fibroids.