Home » COVID-19: Cases on the rise in Limpopo, Eastern Cape 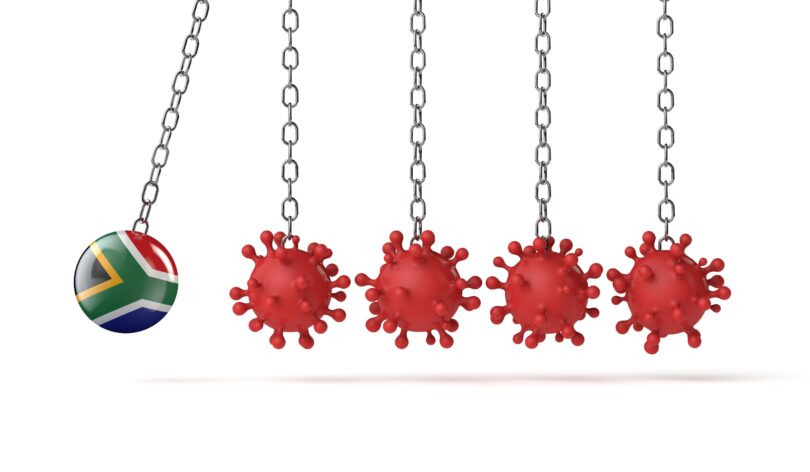 The National Department of Health is keeping an eye on Limpopo, the Eastern Cape and Western Cape where there has been a rise in COVID-19 cases. (Photo: Freepik)

COVID-19: Cases on the rise in Limpopo, Eastern Cape

The National Department of Health is keeping a close eye on two provinces where COVID-19 infections have picked up.

There’s been a sharp rise in the number of new cases in Limpopo and the Eastern Cape. And even though hospitalisations remain low, the South African Medical Research Council (SAMRC) is concerned about the significant increase in the rural parts of Limpopo and Nelson Mandela Bay (NMB) in the Eastern Cape.

Mohale confirmed that an increase in hospitalisations is yet to be seen. He also said that there is no evidence of a new variant.

Prof Angela Mathee, a member of the SAMRC wastewater surveillance team, said that there is a significant rise in COVID-19 infections in most parts of Limpopo province and Nelson Mandela Bay.

Positive signs for the Western Cape

On Tuesday, Health-e News reported that SAMRC authorities were concerned about the sharp increase in COVID-19 infections in the Western Cape. But according to Mathee, the results analysed last Wednesday showed that the levels they were so worried about in Cape Town and other towns have now come down.

“We are now especially concerned about the Nkowa-Nkowa area in Limpopo and about five areas in NMB. For three consecutive weeks, we have seen a week-on-week rise in the concentration of the SARS-CoV-2 RNA virus,” said Mathee.

Mathee added: “We saw a levelling off in the concentrations in Cape Town and Western Cape towns. But now there is a steady increase in other areas. There is something at play as there is a change in the picture, unlike other months.”

Like Mohale, Mathee is watching the number of hospitalisations which is yet to show any signs of an increase.

“The fortunate part is that we are yet to see a spike in the number of people being hospitalised. But we will have to monitor that closely over the next weeks,” said Mathee.

Protecting ourselves with vaccines

Mathee warned the public to be cautious and to continue protecting themselves from the virus.

“People need to make sure that they are up to date with COVID-19 vaccinations. They help protect ourselves and those around us. We also need to be cautious while in large crowds, especially indoors,” said Mathee.

‘The pandemic isn’t over’

World Health Organisation (WHO) Director-General, Dr Tedros Adhanom Ghebreyesus said that the globe has all the tools needed to end the emergency in every country.

Ghebreyesus warned that the pandemic isn’t over and said more work is needed in the following areas:

As immunity from both vaccination and natural infection wanes over time, Mohale said that the department’s health advice remains unchanged.

“All people and especially those at the highest risk of severe disease should ensure that they have received all their vaccinations. This means a total of four doses for people 50 years and older,” said Mohale.

He further added: “People at high risk should also, where possible, avoid close contact, large crowds, especially indoors or wear a mask in such settings. People with symptoms that might be due to COVID-19, should practice good cough hygiene. And where possible, avoid close contact with older persons or those with co-morbidities which place them at risk of severe disease.” – Health-e News