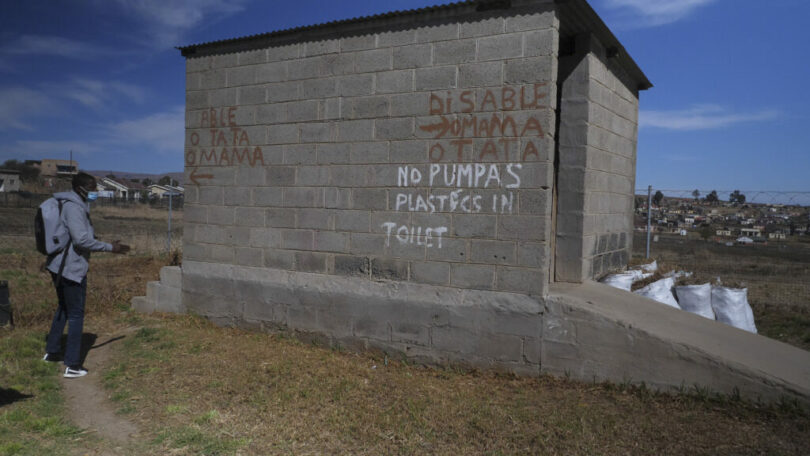 The latest Ritshidze report has revealed that patients in the province still have to wait for hours to get helped, often have to make do without their medication and are treated badly by staff at clinics and hospitals. (Photo: Ritshidze)

It’s been just over a year since the first Ritshidze report on the Eastern Cape was published – and during the 12 months, nothing has changed for patients throughout the province.

The second edition reveals how poor staff attitudes, long waiting times, staff shortages, unsafe facility environments and inefficient filing systems make it difficult to provide proper healthcare to those who need it most. It compares data over the last year of community-led monitoring in the province.

*Kuhle Ndungane, one of the 2 479 people interviewed, explained how the poor filing system contributes to long waiting times. She uses the Qumbu Community Healthcare Clinic in the Oliver Tambo District Municipality.

“The nurses have to look for files when you’re inside. On the 11th of September, they also couldn’t find my file, but luckily, I had taken a photo of my file number. I showed it to them, and they could help me,” said Ndungane.

Reasons for the long waiting times include staff shortages, staff working slowly or not at all, and misplaced files. Almost two-thirds (64%) of those interviewed believe extended hours would improve access to services.

The most common vacancies are:

The report concluded that little has changed with staffing since last year.

All the data that will be presented today was collected in 50 facilities across 6 districts in the Eastern Cape during July and August 2022. We spoke to 2,479 public healthcare users in this reporting period #EasternCapeHealth pic.twitter.com/4frIgSLP5r

*Sara Mxenge said she defaulted on her medication three times because of how nurses at Mqanduli clinic treat her. Mxenge, who is HIV positive, said she was counselled after testing positive.

“When I arrive, they ignore me and don’t attend to me. They run up and down doing everything but attend to me. We queue outside for hours, just waiting for them to find our files and write up our prescriptions and appointment dates. We are not serviced properly at all. When they can’t find your file, you have to open a new one,” she said.

Ndungane said that the dispensary often closes while patients wait for their files to be found.

“Some people are told to come back the next day and rejoin the queue, having to start all over again,” Ndungane said. She added that they are forced to wait outside the clinic premises even though it’s unsafe.

“Because we live in rural areas, we must use public transport and arrive as early as 6am. After they open, they call five people in and still make us wait outside. A lot of criminals take our money and snatch our phones,” said Ndungane.“The dispensary eventually closes while patients are stuck in the process of having their files searched for, normally without success.”

Staff attitude remains a major barrier to accessing healthcare in the province. The Eastern Cape is performing below the national average of facilities monitored by Ritshidze on this indicator. It has worsened since last year.

An additional staffing challenge is that staff are either working slowly or are not working at all. Understaffed clinics place an additional burden on current healthcare workers. This contributes to longer waiting times, limited time to attend to public healthcare users, and at times, bad attitudes from the healthcare workers. These factors directly and negatively impact people living with HIV from starting and staying on treatment.

Interviews with public healthcare users reveal no improvement since last year. According to the report, 68% of the 2 475 respondents reported that there are never or only sometimes enough staff at the facility.

One young woman from Lusikisiki said she would never return to the Village Clinic after nurses shouted at her and accused her of being promiscuous.

“The nurse asked me why I am using contraceptives at such a young age. There were other people there, and she shouted at me, asking why I was sleeping around with boys. After being shouted at, they helped me and gave them to me. But I felt so bad afterwards,” the young woman said.

Lusikisiki Village Clinic is recorded as having the worst staff attitudes.  This is also an issue at Leticia Bam CHC in Nelson Mandela Bay and St Elizabeth’s Gateway Clinic in Lusikisiki.

The report found that key populations such as gays, transgender people, sex workers and drug users also struggle to obtain dignified service. This is often the case when trying to access specific items like lubricants and overdose treatments like naloxone and methadone.

Only 41% of the sites had lubricants available. The report states that drug dependence and overdose treatments are unavailable at the clinics, and neither is hormone therapy. It found that 36% of people with addiction wanted access to methadone and 35% to naloxone. Meanwhile, 29% of transgender people wanted access to hormones at their facilities.

From October 2022, Ritshidze recommends that all public healthcare users be consulted in private rooms. Privacy violations such as being consulted, tested, or counselled in the same room as someone else can lead to people living with HIV disengaging from care.

To improve the safety of public healthcare users in the mornings, by February 2023, clinic grounds must open by 5am.

By April 2023, the facility opening hours must be extended from 5am to 7pm from Monday to Friday. People living with HIV should be able to pick up their medication during these times.

By June 2023, the Eastern Cape Health Department should fill 70% of vacancies in the province. The remaining 30% must be filled by the end of the 2023/24 financial year.

Anele Yawa, from the Treatment Action Campaign (TAC), said that the organisation commends the Eastern Cape health department and health facilities in the province for listening to Ritshidze’s reports and trying to improve their services.

“But we also continue to see and hear about challenges that make it hard for someone to access HIV and TB prevention and treatment. The province must continue to be open to hearing the problems and taking rapid action,” said Yawa.

On a positive note, the report found that 93% of people surveyed said facilities keep their HIV status confidential. The province also performed best in ensuring that 85% of people with HIV reported psychosocial support being available.

“Ritshidze” — meaning “Saving Our Lives” in TshiVenda — has been developed by people living with HIV and activists to hold the South African government and aid agencies accountable to improve overall HIV and TB service delivery. – Health-e News