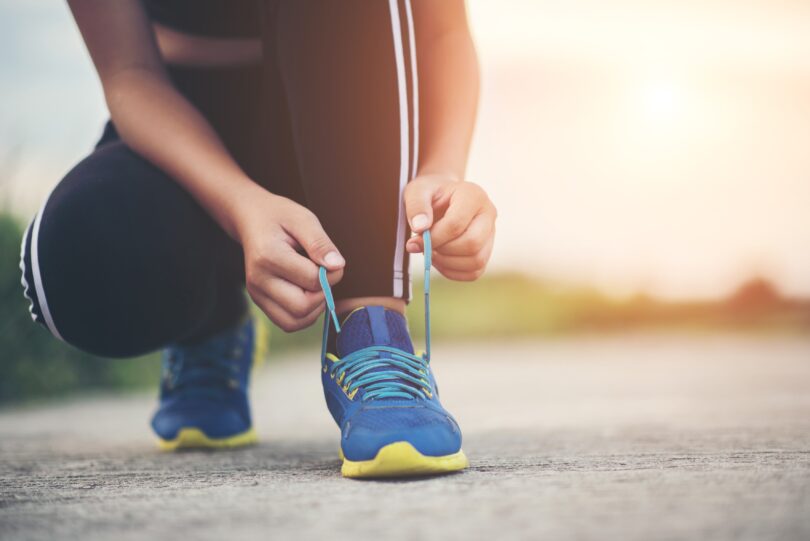 The theme of the Discovery Vitality study is '30 Minutes More' which refers to increasing your physical activity by just half an hour a day to prevent the onset of depression. (Photo: Freepik)

How a few extra steps can prevent depression

A new study has shown moderate increases in exercise can help prevent one in five cases of depression among women.

Several global studies show the link between physical activity and mental well-being, but this is the first study of its kind done in South Africa.  Led by Discovery Vitality, with assistance from researchers from the Harvard T.H. Chan School of Public Health and the University of Cape Town (UCT), the retrospective study tracked the activity levels of 50 000 people from 2013 to 2015.

Only individuals who had at least 3 years of continuous Discovery Vitality membership, from a starting year of 2013, and who had no known diagnosis of depression, were included in the study.  At the start of the study, participants had low physical activity levels as measured by fitness trackers, gym visits or participation in Discovery-sponsored fitness events like fun runs. Other variables included gender and socioeconomic status.

🎥 WATCH: A first-of-its-kind study from Vitality with researchers from @Harvard University and @UCT_news finds that adding one 30-minute workout to their week could change women’s odds of developing depression. #30MinutesMore #LiveLifeWithVitality pic.twitter.com/nYRNeEHjke

Women are more prone to the blues

The study also shows that women are more prone to depression and anxiety and that a relative increase in physical activity can reduce the risk for depression.

Professor Dan Stein, Chair of the Department of Psychiatry at UCT and a co-author of the study, said there was no one cause for depression, and there could not be one reason to pinpoint why women are more prone to depression and anxiety than men.

“There’s something called statistical power, which means if you have a larger sample size, it is easier to show findings. This may mean that it is an artefact of the statistics,” he explained.

This loosely means that the finding may have resulted from the selected database and is not representative of the broader population.

A fraction of SA’s population

It is also important to note that the results do not broadly represent South Africans or even the majority of them; this is because the research was conducted among a medically-insured population — which means less than one in five people in the country.

Scientists compared how people’s exercise habits changed over time with cases of diagnosed depression among the group.

The study found that in women with low levels of exercise, moderate increases in physical activity —such as doing one additional 30-minute workout or 5000 more steps in a day every week – could be enough to reduce cases of diagnosed depression by 19%.

Every bit of exercise counts. Stein emphasised the importance of not straining or overdoing the amount of exercise one is doing for mental health but being aware that increasing small body movements can help the mind.

“The interesting thing about exercise is that it encompasses many other things. It’s changing a whole range of chemicals in the brain by getting you outside and together with other people,” said Stein.

Exercise can have a practical effect and be helpful. In people who are already living with depression, research has also found that physical activity can reduce the severity of symptoms.

The magic of a physical activity

Vitality’s Head of Wellness, Dr Mosima Mabunda, a co-author of the paper, acknowledged that there might be no correct or single way to reduce a person’s risk of depression. But the research provides more evidence that physical activity has a vital role.

“This is especially important in many countries like South Africa, where treatment remains out of reach for most people living with the condition. When we exercise regularly, chemicals released in the brain can help us better deal with stress by lowering stress levels and hormones like adrenaline and cortisol,” Mabunda explained.

The World Health Organisation estimates that depression affects one in 20 adults globally. In low-and middle-income countries, more than 75% of people with depression go untreated.

Clinical Psychologist Dr Colinda Linde said that family history is one of the reasons why someone could be vulnerable to depression.

“We’ve all got genetics for something. Have a look at the family and history of depression. Learned helplessness is another one,” she said.

Linde explained that learned helplessness is a position of feeling like you cannot escape a situation.

“Eventually, this can lead someone to fall into depression. When diagnosing depression, we look for a cluster of symptoms – where mood and sleep are compromised. For two weeks, every single day, you feel down, and with that, you either cannot fall asleep or stay asleep,” she explained.

Observing appetite, interest, and motivation is essential to note within the cluster of symptoms. Linde identified these as warning signs to seek help.

Steps a day for mental well-being

“At Discovery Vitality, we’ve spent nearly a quarter of a century refining the science behind how to best support people to lead healthier lives,” CEO of Discovery Vitality Dinesh Govender said. “For many, big changes in diet and exercise can seem overwhelming — even if the payoff in better health is huge.”

Govender continued: “This study should encourage people everywhere, especially women, that achieving a simple goal such as walking an additional 5,000 steps, one day a week – as this research found – could make for a healthier, happier life.”

Vitality is a “behaviour change programme” that applies clinical, behavioural and data science insights to help people live healthier lives. Studies like this demonstrate the outcome of their efforts.

Govender said that he hopes the research encourages everyone to get moving, even if it means “adding in a few extra thousand steps a week.” – Health-e News