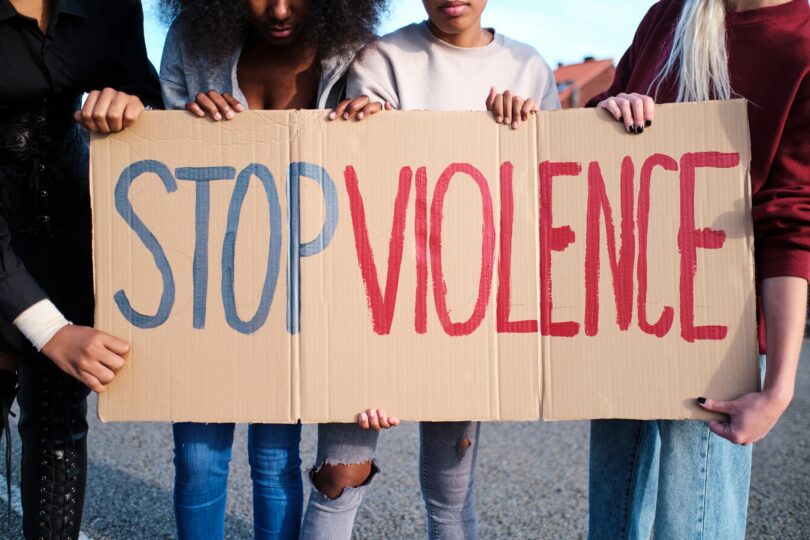 The second Presidential GBVF Summit starts at Gallagher Estate today as government and various stakeholders find ways to end the scourge of gender-based violence and femicide in the country. (Photo: Freepik)

The Inter-Ministerial Committee on Gender-Based Violence and Femicide (IMC-GBVF) outlined the progress made by the government in implementing the National Strategic Plan (NSP) on GBVF.

Led by its Chairperson, Minister Maite Nkoana-Mashabane, the briefing set the stage ahead of the second Presidential GBVF Summit, which starts today at Gallagher Estate, Midrand.

The theme for this summit is “Accountability, Acceleration and Amplification”. It aims to serve as a platform to allow the government to engage with all stakeholders and to refocus on the immediate tasks of addressing the challenges that continue to face people living in South Africa.

It will assess what has been done and what more is needed in the societal approach to ending the scourge of gender-based violence.

Members of the IMC provided information on the collaborative and inclusive steps taken to implement the NSP over time.

Police Minister Bheki Cele confirmed that there had been a lot of progress made in clearing the backlog processing at the National Forensic Science Laboratories of the South African Police Service (SAPS).

In the first quarter of 2022, there was a huge DNA backlog of 241 000. Most of these were cases linked to women who were raped, abused, and murdered. Cele noted that these DNA backlogs made it impossible to resolve the cases because they weren’t completed.

Cele blamed the backlog on the non-professional management of critical contacts, which were in place to procure consumables for DNA analysis. He said that 16 contracts were allowed to collapse.

“The backlog of cases has now been reduced to 71 000. All of these contracts have been replaced and are now being managed month-to-month,” said Cele.

Cele said that the department expects to complete the backlog in January 2023 and that they are currently working with the National Prosecution Authority (NPA) to fast-track the delayed cases.

Knowledge is power! Did you know that access to age-appropriate CSE results in lower HIV transmission rates and a reduction in GBV for those who participated? When you know more, you do better! #gbv #ahf #protectthechild

“We have a team of the NPA and SAPS that are working on this. Since then, over 16 000 cases have been fast-tracked,” he said.

Cele added that the missing and shortage of kits needed for DNA analysis of buccal samples also contributed to the backlog.

“These were absent at the stations but are now available. We have also given an extra R100 million to the top 30 stations with a high incidence of rape and murder. This will help them short circuit their response on calls for women abuse,” said the minister.

Cele said that the testing lab in the Eastern Cape will be complete in February 2023. This will help alleviate the pressure in the lab in the Western Cape where samples were taken.

“We have also hired new blood in the WC lab. Twenty interns are working 16-hour shifts. There is a budget for overtime. In Pretoria, we added eight analysts and recruited 200 students in training, who will be unleashed to institutions,” said Cele.

Closing the gaps in the justice system

Cele continued: “In 2020, we introduced three pieces of legislation in Parliament to close the gaps that allow perpetrators of GBV to evade justice”.

“Our courts have taken a tough stance against perpetrators of GBVF. This year alone, they have handed down numerous life sentences for crimes against women and children. The number of shelters and care centres is being increased. The capacity of our police to deal with crimes of GBV are further developed, and sexual offences courts have been established across the country,” he said.

Nkoana-Mashabane said that there is a new system that enables the identity of arrested individuals to be verified using their fingerprints. They will then be checked by the Department of Home Affairs for their identity.

Nkoana-Mashabane said that the Department of Social Development (DSD) is implementing the basic income grant policy (BIG). It’s also looking for ways to include it as a method to help women who are vulnerable to help themselves.

“The goal is to alleviate poverty that leads women to be economically dependent on men. This makes it difficult for them to escape abusive environments,” said Nkoana-Mashabane.

This is in line with the fifth pillar of the NSP, which is about the economic empowerment of women. This pillar sets out to transform the structural makeup of SA’s economy to include and favour women. It does this by:

“To ensure women do not stay in toxic relationships, we have prioritised creating economic opportunities for women in all government programmes,” said Nkoana-Mashabane.

She said that earlier this year, the government made great strides to put the gazetted National Council on the GBVF Bill into law.

“This was a major step towards a thriving multi-sectoral, coherent strategy and policy programme framework to ensure a coordinated natural response to the crisis of GBVF,” she said.

She noted that once established, the National Council will be the custodian of the GBVF NSP, which will be responsible for driving its implementation. Currently, the implementation of the NSP is being driven by the “End Gender-Based Violence and Femicide collective, civil society, development partners, businesses, and other individuals.

Meanwhile, the child support grant (CSG) is expected to raise the cognitive capabilities of children born to women and systematically enhance the life opportunities of pregnant women and children.

“The department is also currently implementing the CSG top-up. It seeks to address the needs of orphans in the care of their relatives, as well as in children-headed households. Similarly, it will also empower women,” said Nkoana-Mashabane.

“It is for this reason that the DSD is considering material support climate policy, which is currently in the development phase,” she said.

As a part of the rollout of the NSP, the Department of Correctional Services (DCS) is currently implementing a policy framework which is aligned with the action plan and related interventions and pillars

“Pillar four of the NSP, which is the care, support, and healing, is key. The DCS is providing this through rehabilitation programmes, victim-offender mediation and victim-offender dialogue,” she added.

Nkoana-Mashabane said that the outcome of this work is centred on the victim and access to unbiased and equal services. These are readily available across criminal justice, health, education and social support systems.

The Department of Health has provided capacity building on GBVF for health providers.

Nkoana-Mashabane said that the department has conducted over 47 training sessions in all spheres of government.

“This included a total of 18 training models conducted, focusing on various aspects. This training took place over a year, from September 2021 to September 2022. A total of 2935 people participated,”  she noted.

GBVF in the school environment

Obstetric violence and secondary victimisation among young women seeking abortions by healthcare professionals continue to be addressed through training.

“The Department of Basic Education has signed a protocol with the SAPS through the National School Safety framework. This addresses school safety within the context of the broader community and the prevailing legislative and policy context. It has developed and produced various advocacy materials that address GBV, including LGBTQIA issues,”  she explained.

“Opening our eyes” is a manual developed for educators on addressing GBVF in schools.

“Prevent violence in schools”, “Speak Out,” and “Challenging homophobic bullying in schools” are learner books, handbooks, and manuals for learners and educators to use as tools to address matters of violence, sexual assault, and sexuality in the schooling environment.

“The sources are age and culturally appropriate for learners and can also be used by parents to encourage children to engage with them. Parents having sexuality-related conversations with their children is critical in reducing the prevalence of learner pregnancy in our schools,” said Nkoana-Mashabane.

Nkoana-Mashabane announced that the Department of Public Works and Infrastructure had erected three billboards per province. They’ve been put up in strategic locations such as police stations and public buildings since 2021.