Home » News Articles » Is justice a reality for GBV survivors in South Africa? 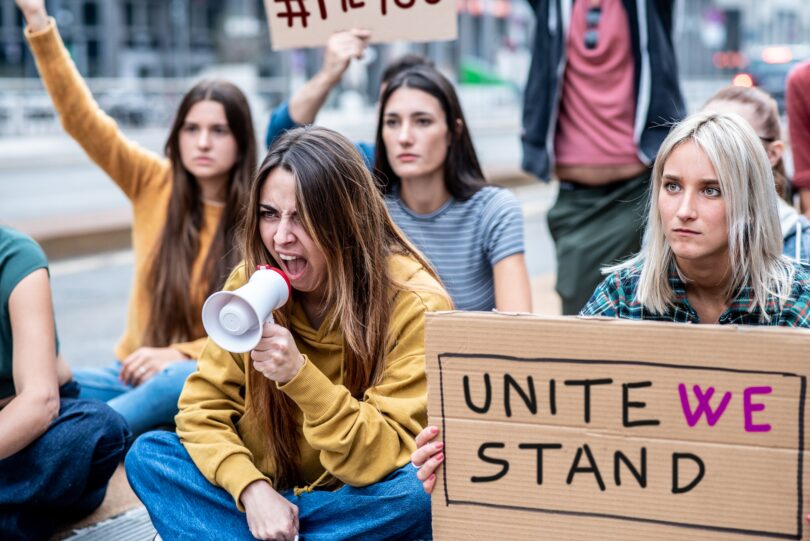 Once the Twitter hashtags disappear and the protests end, what happens to the perpetrators of GBV in South Africa? (Photo: Freepik)

Is justice a reality for GBV survivors in South Africa?

At least 150 people rape cases are reported to the police daily in South Africa. According to the Medical Research Council, only one in nine cases are reported, so the real number could be closer to 1500 cases. Of the reported cases, fewer than 30 will make it to court, and only 10 of those will result in a prison sentence.

“The police force, together with the National Prosecuting Authority (NPA), have failed victims of gender-based violence”, said Lesego Mahlangu from Not In My Name, a civil rights movement that started in protest against the high rates of gender based violence and femicide in South Africa.

Speaking to Health-e News, she said ‘it been proven time and time again that there’s just been negligence from the SAPS in terms of how they respond, particularly to GBV, women, and children.’

Mahlangu pointed to a lack of investment in community forums as another hurdle to helping victims of GBV. “We have community members who have invested their time in becoming foot soldiers on the ground, fighting GBV. But Civilian Secretariat for Police Service (CSPS) members are not paid on time or sometimes they’re not paid at all. The response has been very disappointing and has lacked political will”, she said.

Not In My Name wants there to be a greater political role, particularly from the office of the minister and office of the head commissioner.

The National Strategic Plan (NSP) on GBVF is the government’s comprehensive strategy for tackling all forms of violence and abuse against women and children. The government implemented several new interventions after the plan’s launch in 2020.

South Africa continues to witness cases of Gender Based Violence and Femicide (GBVF), and the
government strongly condemns any form of violence against women and children. pic.twitter.com/5buS2X9tkI

The government has also introduced new laws to protect women and children in South Africa from abuse and violence. Despite these efforts, GBV continues to be a  plague in the country.

Mahlangu said GBV victims feel reluctant to turn to their local police stations for help because of the bad relationship communities have with the SAPS.

“Can you imagine being a woman in South Africa, where women are victimised in all sectors? It’s very hard to defend yourself surrounded by male police officers who hardly have the sensitivity that is necessary to deal with the matter”, said Mahlangu.

According to the Rape Crisis Cape Town Trust, those who report a rape have a right to ask to be seen in a private room at the police station, and to give their statement to a female police officer.

However, this is not always an option for victims faced with a police station filled with males.

“It would be nice to have a desk that is specifically dedicated to gender-based violence. The insensitivity at police stations and lack of training also play a big role in the reluctance,” said Mahlangu.

In August 2020, Police Minister, Bheki Cele said the establishment of gender-based violence desks at all police stations around the country would be finalised at the end of March 2022.

Earlier this year, he said dedicated GBV desks are available at 381 police stations across the country, and a total of 91 489 police officers have been trained in victim empowerment, domestic violence, and sexual offences-related programs.

And yet, victims continue to face abuse from the system. ““A few months ago, we went to the Mamelodi police station to report a case about a disabled child who was raped.  The lack of response was very concerning. We spoke to the head of the SAPS in Mamelodi and up to this day, the family hasn’t received proper communication or assurance that justice will be served,”Mahlangu said.

This lack of assistance from SAPS is a major factor that keeps victims of gender-based violence away from police stations.

“When you look at fellow female victims in your community who have not received any help, it’s easy to get discouraged,” said Mahlangu.

A GBV case that caught the attention of many South Africans was the Namhla Mwta case. She was allegedly killed by a hired gunman when she tried leaving her current relationship.

She was shot nine times as she attempted to enter her driveway. Her sister took to social media to share her story with the hope that Namhla would get justice. 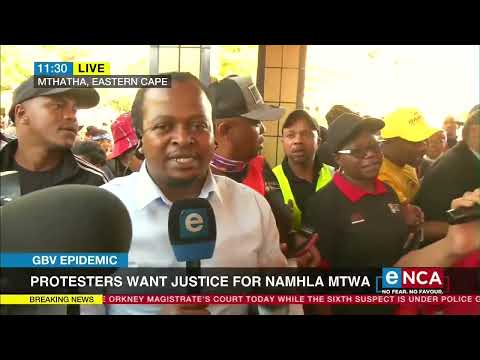 Mahlangu said that it was very commendable how political parties, organisations, and communities came together to march for Namhla to get justice. However, she believes that Namhla will not get the justice she deserves.

“There’s always loads of sensationalism around a certain person or face. But once it dies down, and there is no longer media interest, these people hardly ever get the justice that they deserve,” she noted.

“Not all of us have fathers who know politicians or have contact details of ministers. This is a family that is not well known. However, the case blew up through social media. How long are we going to rely on the public to fight for victims of GBV?”, she asked.

The role of the courts

Mahlangu also touched on the importance of the role courts play in GBV cases. She said that the communities have played their part in the fight against gender-based violence by not being bystanders.

“Perpetrators have too much freedom. Both SAPS and the courts need to step up. Our local representatives and governments also need to step up so that this doesn’t become another social media post,” said Mahlangu.

She said that her organisation’s primary goal is to eradicate GBV, however, it is quite a complex issue.

“It’s very much interrelated with poverty and the lack of access to several government organisations. The government must protect the most vulnerable – black women and children. In terms of unemployment, Black women are the most affected at 40.6%.

According to advocacy specialist Jeanne Bodenstein, the local police station is often the first point of interaction for a survivor.

“Officers at the police station often do not have the necessary training or support to deal with GBV survivors. To mitigate this, the survivor can rather report directly to a health facility. From here, they can arrange for a police officer to come and take a statement,” said Bodenstein.

She said the case must also go via the FCS (Family, Children, and Sexual Offences) unit, where a specialist police detective will investigate.

However, only 25% of rape cases make it through the criminal justice system.

Some victims of rape are also reluctant to turn to the SAPS because they are afraid of legal fees. According to Bodenstein, the process does not include any legal fees.

“Firstly, if a survivor reports to the police, then a criminal case is opened. The police will investigate before handing it over to a prosecutor employed by the National Prosecuting Authority (NPA). He or she will decide whether or not there is enough evidence to prosecute the matter,” she explained.

If there is enough evidence, then the prosecutor will act on behalf of the State to try to prove beyond reasonable doubt that the accused person (the perpetrator) is guilty.

A magistrate would then have to decide whether or not to give a guilty verdict. “This whole process will not involve any legal fees,” Bodenstein said.

Bodenstein said that if the survivor wants to claim money from the person that raped them, it will be a civil matter. That means that the survivor will have to have their own attorney.

People who cannot afford the legal fees can go to their nearest Legal Aid office. They will determine whether help can be provided or not.

System needs to be more supportive

“The South African criminal justice system can be more supportive of survivors. All survivors should have access to post-rape care. This includes forensic examination, health treatment, and psychosocial support.

Currently, not all survivors have access to these services close enough to where they live. This means that survivors might never get the support that they need or deserve,” she said.

Bodenstein believes that the system can be more supportive by offering all of these services across SA. – Health-e News