Home » Masks off: The day most of us have been waiting for in SA 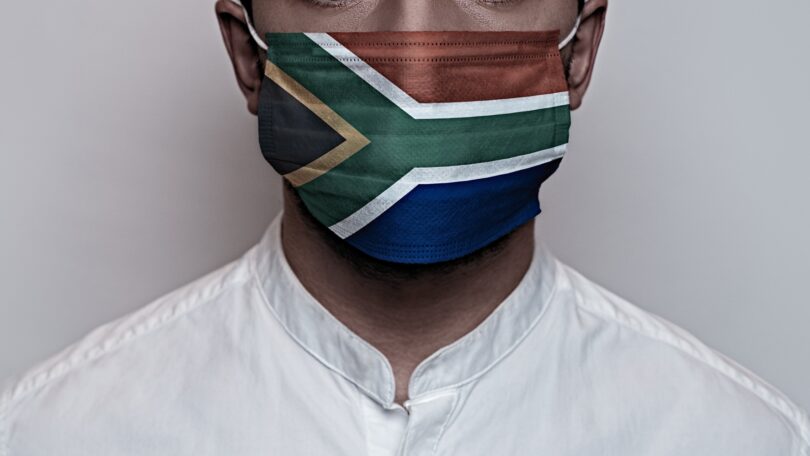 While most South Africans have welcomed the decision to ditch their face masks following the health minister's announcement yesterday, some remain wary. (Photo: Freepik)

Masks off: The day most of us have been waiting for in SA

South Africa has ended all COVID-19 restrictions, including having to wear masks indoors. Health Minister Dr Joe Phaahla said the drop in daily cases and a decline in reported deaths and hospitalisations led to the decision.

“Having monitored the positive direction for more than three weeks, we concluded that the peak infection was dissipating. This is due to the limited fifth wave that was driven by subvariants, and not a new variant of concern,” Phaahla explained during a press briefing.

Phaahla stated that the drop in cases guided the department to propose this decision to the National Coronavirus Command Council (NCCC) and the National Health Council.

Other than masks, limitations on gatherings and vaccination proof or PCR negative tests at ports of entry have also been done away with.

Phaahla extended his gratitude for the leadership and guidance throughout the pandemic. He thanked civil society, faith-based institutions, businesses, and traditional authorities for their support and assistance.

He was optimistic that the internalised measures of prevention and mitigation against the virus would help us in dealing with other respiratory diseases.

Today marks two years and three months since the first case of COVID-19 in SA was confirmed on 5th March 2020. Soon after, the President announced the start of the nationwide lockdown at midnight on 26th March 2020.

The strict order to stay at home unless you were an essential worker or undertaking essential services caused a vicious amount of social and economic devastation. This is because the order meant that people could not go out and make money to feed their families and children.

Four waves later, most people living in SA have experienced an enormous loss across different sectors of society, including healthcare workers.

The government has still not reached its target of vaccinating at least 70% of the adult population.

“As of yesterday, just over 36 million vaccine doses were administered to 20 million adults and almost two million children, aged between 12 and 17. This gives a total average of 50.48% of people who have at least one dose,” said Phaahla.

Ongoing COVID-19 vaccination programs will remain and will now be integrated into everyday health services available at public health facilities. Phaahla urged the public to remember that the COVID-19 virus is not yet gone and is still with us. He emphasised that those who are not yet vaccinated should come forward.

“It is still in our midst; we are much stronger than before, especially with vaccination. Those who are due for boosters should also come forward,” he added.

The Free State province is the best performing province and the one to have vaccinated 60% of its population.

“The big turnout of the 50-plus age group contributed to the reduced severity of hospitalisation and mortality witnessed in the fourth wave,” said Phaahla.

Gauteng has the highest number with 5.4 million individuals vaccinated, but low in percentage at 47.8%, due to a considerable population size together with Kwa-Zulu Natal. Western Cape and Limpopo are currently at 57%, Eastern Cape at 54%, and Northern Cape at 51%.

Relieved South Africans took to social media in their droves, sharing photos of masks in bins. Others even handed out tips on what to do with spare disposable masks. One twitterer reminded us that we shouldn’t celebrate too soon given the government’s history of reinstating bans.

Don't throw your masks away just yet. Remember what this woman did to us with the alcohol ban? pic.twitter.com/vtdNIfmioC

Phaahla confirmed South Africa had recorded its first case of monkeypox. The CEO of the National Health Laboratory Services informed the minister yesterday.

The patient is said to be a 30-year-old male from Johannesburg who has no travel history.

“Working with the relevant health authorities for a process of contact tracing has begun. The National Institute for Communicable Diseases (NICD)  is conducting online in-service training for our health workers. This will help them to detect the disease,” said Phaahla.

A person cannot get monkeypox being in the same room as an infected person because the disease spreads through droplets. Close contact is the No 1 feature of this disease’s transmission.

Phaahla noted that the virus has so far been dominant in men who have sex with other males. – Health-e News