Home » Sexual abuse: The shame and pain of men and boy survivors 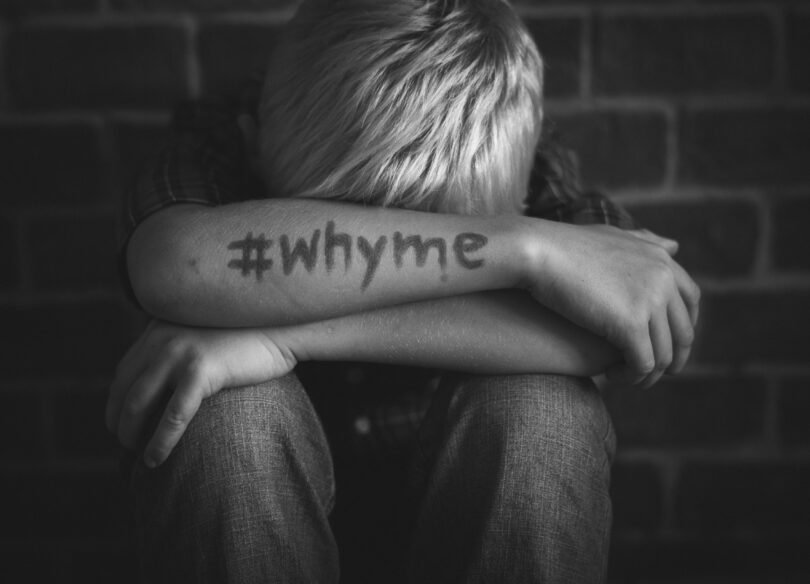 MatrixMen, a non-profit organisation in South Africa, confirmed that at least 44% of all boys have experienced sexual abuse by the age of 18. (Photo: Freepik)

Sexual abuse: The shame and pain of men and boy survivors

*Matthew* (26), is a Cape Town-based copywriter who was sexually abused by his domestic worker. The abuse began when he was eight years old and ended two years later.

“My mother would work long hours and would get back home late. Sometimes I would be dropped off from school by a man we all called uncle John. He had a taxi where he’d drop off children who lived nearby, but I would always be dropped off last because I was the furthest,” he explained.

Matthew said he’d dread having to go home and often felt anxious. The little boy would make up excuses like last-minute school activities.

⚠️ 1/3 of young girls in South Africa experience some form of violence, often from someone they know.

⚠️ Many young boys are victims of all forms of violence, incl sexual abuse and rape. pic.twitter.com/hUWzyVQ9bL

“I remember it started with her rubbing my back, then it escalated to her touching me in my private areas. She would also rub herself against me and suggest that we take afternoon naps,” Matthew added.

Luckily for him, his mother couldn’t afford to have the domestic worker anymore. But for more than two years, Matthew endured a living nightmare filled with fear and intimidation.

“I never told anyone because I didn’t think anyone would ever believe me. I thought they would believe her over me because I was just a child, and she was an adult. As a result, I suffered in silence for those two years and continued suffering until I finally found a support group,” said Matthew.

He continued: “What happened to me affected every aspect of my life, my relationship with my mother, girl, friends, and even work. This is why I would encourage men to seek help. I know it’s such a taboo topic, but we need to speak more about it to heal.”

According to Matrix Men, a non-profit organisation (NPO) that raises awareness about the effects of sexual abuse on men, 44% of all boys in South Africa have suffered some form of sexual abuse by age 18.

Founder, Martin Pelders, set up the NPO in 2011 based on his own sexual abuse experienced as a child. Since its inception, they have helped thousands of men deal with the pain of their childhood abuse in various ways.

Pelders shared some reasons why men are reluctant to speak about sexual abuse.

“Lots of people within society think that boys can’t be raped, or if you’re raped, the judgment that comes with reporting it and it being perceived as weak are just some of the reasons,” said Pelders.

Pelders debunked the myth that not many boys are raped. “In South Africa, more boys are raped and sexually abused yearly than girls. By 16, 36.8% of all boys have suffered from sexual abuse compared to 33.9% of girls.”

The other myth is that boys can’t be sexually abused because they should’ve been strong enough to defend themselves or that they probably wanted it.

“And, of course, the biggest myth is that only homosexual boys are sexually abused,” he added.

According to Pelders, most boys in this country are sexually abused by women. He said that this is something people never talk about.

“At least 41% of all sexual abuse victims are violated by women, male and female perpetrators violate 27% and 32% by men. I suppose this adds into the next myth that boys want it because it’s an older woman and it’s supposed to be this incredible experience, which is also not true”, said Pelders.

Another myth he touched on was that sexual abuse does not affect women as severely as it affects men. He said that it probably affects men and young boys worse. Pelders believes that the most significant reason boys don’t speak out is that society hasn’t normalised it.

Pelders said boys are often shut down when they speak up because ‘aunty or uncle would never do that’.

“I sat with a young man yesterday who was raped for two years by his sister, who was six years older than him. He said that although he knew what was happening was wrong; his mind said no, and his body said yes,” he added.

When kids are sent away

Pelders also spoke about how the act of sending children away to live with relatives also puts them at risk of sexual abuse.

“A young man in one of our groups was violated by his cousin from age five. He is dealing with a lot of anger and blames his mother and grandmother because that’s where it happened. He’s had to forgive his mum for sending him away to live with his granny.”

He went on to add: “When his cousin would come up to Johannesburg and stay at his house, it would open up all his wounds. His mother wouldn’t understand why he would get so angry. With therapy, we finally helped him open up to his mum and tell her that his cousin raped him since childhood”, said Pelders.

Pelders said that between five and six years old is a prevalent age for when sexual abuse begins. He has spoken to hundreds of men who were abused from age five until about 13.

Pelders said that ignoring or pretending that boys can’t be sexually abused, makes the problem worse.

“What irritates me is that we do not care for the little boys, but when they grow up to be angry, violent adults, addicted to drugs and alcohol, it becomes a problem,” he said. People think men can’t be victims because they are the perpetrators. This is not a gender issue, but a human issue,” said Pelders.

Pelders said that around 5% of sexual abuse victims become sexual abusers. He said there are about 325 000 boys raped or sexually abused yearly in SA.

“We have to be realistic about the fact that there is a link between boys who are sexually abused and boys who become paedophiles,” he noted.

Pelders said that the courts, SAPS, and journalists must step up regarding young boys and sexual abuse.

“A sexual abuse case at Scottsville Primary in Pietermaritzburg – which involved a school counsellor who had been found guilty of raping one and sexually abusing nine others – was only covered by two local newspapers. Whereas the Parktown Primary case received national coverage,” he explained.

“I believe that if the Scottsville case involved ten girls, the country would be in an uproar,” Pelders added.

Pelders said that sexual abuse doesn’t only affect a victim’s mental health since it has a ripple effect. They often turn to drugs and alcohol, which hurt their well-being.

“The average life expectancy of children who have suffered three or more traumas is reduced by 20 years. However, there are ways of recovering such as healthy eating, exercising, meditating, and therapy,” he concluded. – Health-e News