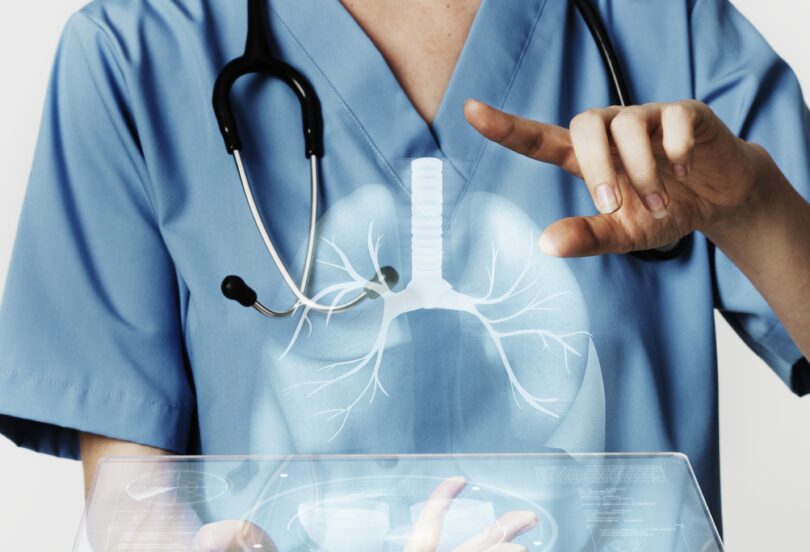 A new tuberculosis (TB) testing strategy has been available in South Africa since April this year, hoping to diagnose more people. Labelled a potential game-changer, an expert warns that issues like stigma and treatment barriers mustn’t be left behind.

Known as Targeted Universal Testing (TUT), people who are identified as being more at risk of contracting the disease are being offered a molecular TB test, despite not showing any symptoms.

Dr Jennifer Furin, DR-TB Clinical Manager for Doctors Without Borders in Khayelitsha, is optimistic but has her doubts. She said that while TUT promises to be a game-changer, it must be implemented without delays.

“We know that the TUT strategy – where people are offered tests for TB such as sputum sampling or chest X-rays even if they do not report symptoms can increase the diagnosis of TB by a significant degree,” said Furin.

“This is a big game-changer in South Africa and must be implemented without delay. But other work is also needed, including addressing socioeconomic barriers to seeking care (which worsened during COVID-19), addressing stigma, and improving diagnostic methods so that people can test themselves,” Furin added.

According to the Director of Drug-resistant Tuberculosis (DR-TB) at the National Department of Health, Dr Norbert Ndjeka, they hope to double the number of TB tests achieved last year.

“We did almost 1.9 million tests last year, and we’d like to double that by April 2023. Testing without symptoms is still new, and we are in contact with all the provinces. We are analysing data from our previous surveys,” said Ndjeka.

He further explained: “We’ve had to shift from only testing people with symptoms. Now, we are looking at people living in high-risk settings and those living with HIV. There is no need for symptoms anymore.”

Furin confirmed that an estimated 390 000 people are living with TB in South Africa. Of these, only 236 000 have been diagnosed and have started treatment. This means that more than 40% are never diagnosed. The gap is largest among young people aged between 15 and 24 and those above 65.

The World Health Organisation (WHO) states that 10 million people fall ill with TB annually. Despite being a preventable and curable disease, 1.5 million people die from TB yearly – making it the world’s top infectious killer. While most live in low- and middle-income countries, TB is present worldwide. About half of all people with TB live in eight countries: Bangladesh, China, India, Indonesia, Nigeria, Pakistan, Philippines, and South Africa.

Furin believes that barriers to seeking care, such as stigma and discrimination, are some of the driving forces behind why most people living with TB delay seeking help from healthcare facilities.

“Other barriers to seeking care include transportation costs and clinic operating hours, which means that more than half of those living with TB delay presenting to the health system. The National Prevalence Survey showed that 40% of people living with TB sought care but were missed by the flawed and outdated screening methods,” said Furin.

She added that it’s hard to determine whether the TUT strategy will diagnose more people since there are 160 000 living with TB, but are not on treatment.

“We know that the old strategies, based on passive case finding and symptom screening, really did not work for South Africa at all,” she said.

Impact of COVID-19 on TB

Furin said that the huge case detection gap existed before COVID-19 and that matters worsened during the pandemic.

“South Africa needs a new way of doing things like this testing strategy. We need to reach more people. We also know a significant amount of TB transmission when people are crowded together. To truly address TB, we need to address these issues as well,” Furin explained.

She said South Africa had done some incredible things in the fight against TB. The rolling out of molecular tests and offering all-oral regimes for drug-resistant TB are two examples. However, Furin said along with the accomplishment; there are some striking problems.

Where SA falls behind

“Preventive therapy access is way behind global norms. South Africa has delayed releasing updated TB prevention guidelines for over three years. Children are still diagnosed and treated in highly centralised settings, and the country is dragging its feet on access to child-friendly formulations of medications. This is shocking since one would think SA would want to invest in treating its children well,” said Furin.

She added, “There is a concerning move away from the science supporting TB and drug-resistant TB treatment. It’s now a conflicted battle of personal opinions. Physicians and policymakers have had to use their guidelines and treatment options for TB and DR-TB.” – Health-e News