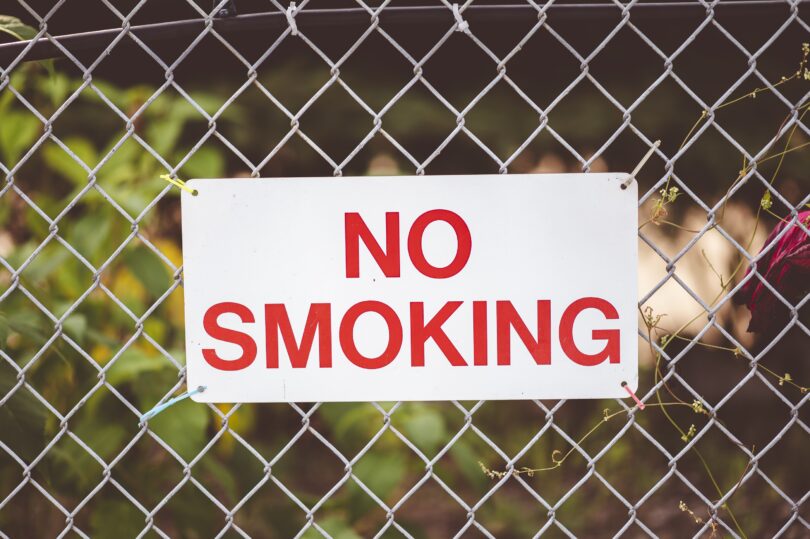 The new Tobacco Products and Electronic Delivery System Control Bill, which is currently before the National Assembly will impose harsh fines imprisonment for those who don't abide by the regulations. (Photo: Freepik)

Smokers – take heed. If you don’t abide by the regulations as proposed under the new tobacco bill, you will face punishment.

The new Tobacco Products and Electronic Delivery System Control Bill, which is currently before the National Assembly, will be hard-hitting on those who light up in smoke in smoke-free areas. This will affect more public spaces and workplaces as the legislation of electronic nicotine and non-nicotine cigarettes are introduced.

Lorato Mahura, Deputy Director of Health Promotion at the National Department of Health (NDoH) explained the penalties and possible time behind bars for perpetrators.

Smoking is prohibited in these areas:

Mahura said that the above would result in a fine or imprisonment not exceeding three months or both.

She was one of the speakers during yesterday’s webinar on tobacco control presented by the National Department of Health.

“Also, smoking in a private dwelling used for any commercial childcare activity isn’t allowed. For example, smoking where childcare and schooling are taking place and domestic employment will be dealt with. And if a person in control of a place fails to take action to control these regulations, a fine will be issued or a jail sentence of not more than five years,” said Mahura.

Mahura also stated that employers subjecting employees to smoking or making it impossible for them to exercise their rights not to work or be exposed to any smoking and offences relating to clauses on tobacco advertisement, promotion, sponsorship, display, health warning, standard packaging and labelling would be fined, face 10 years in prison or both.

“It’s a constitutional imperative for government to protect our citizens from the harmful effects of second-hand smoke. If you have a crèche where the owner [smokes] or people are smoking or [there are] children in a car and adults are smoking, that alone is a problem because it means children are exposed.”

Moeng-Mahlangu said that 25.8% of South Africans aged 15 and above are tobacco smokers. This is according to the Global Adult Tobacco Survey (GATS) 2021 study.

Harsher punishment for those who sell cigarettes to children includes companies that distribute confectionery or toy.

“Some shops place cigarettes next to sweets, which means even children can access them,” she added.

How the bill will work

The proposed tobacco bill also seeks to change how cigarettes are packaged and recommend using graphic warnings and a total ban on the display points of sale and vending machines for tobacco products. It also aims to promote public health and align with the World Health Organisation (WHO) Framework Convention on Tobacco Control (FCTC) Treaty.

Dr Lynn Moeng-Mahlangu, Chief Director of the Health Promotion Nutritional Department and Oral Health at the NDoH, said that the proposed tobacco bill seeks to repeal the Tobacco Products Control Act (TPCA), No 83 of 1983 and its three amendments(1999, 2007 and 2008); to promote public health aligned with the framework.

“The amendments to the current act were more than 50%, thus the repeal and proposal of a new bill. The current Tobacco Act is not keeping up with innovation in the tobacco industry. Limitations in the Act prevented amendments in most of the regulations. Meanwhile, easy access to tobacco and related products is increasing exposure and initiation of children to tobacco products,” said Moeng-Mahlangu.

The WHO states that tobacco can also be deadly for non-smokers as second-hand smoke exposure has also been implicated in adverse health outcomes, causing 1.2 million deaths annually. – Health-e News