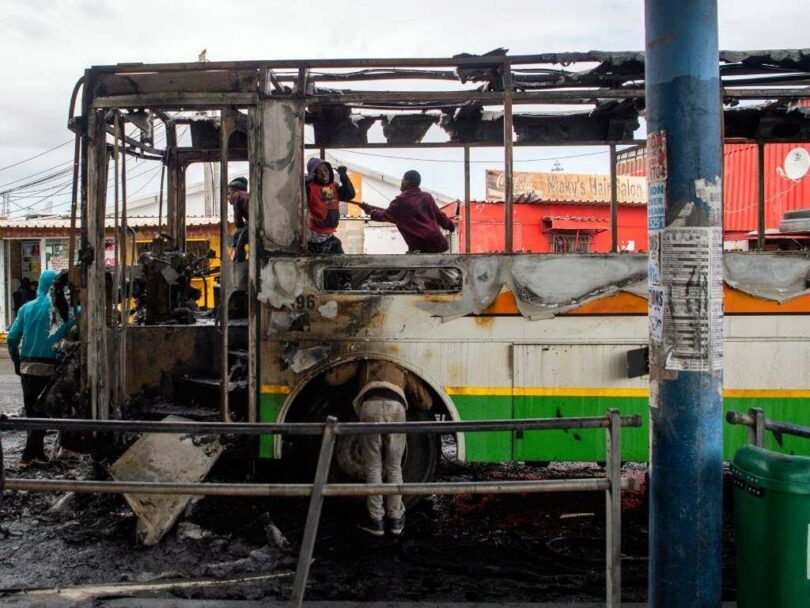 Fears over impact Western Cape taxi strike will have on health services.

The Western Cape’s public health system is already experiencing the negative impact of a taxi strike that began on Monday. The provincial health department and the Democratic Nursing Organisation of South Africa (DENOSA) have raised the alarm.

DENOSA Communications Manager Sibongiseni Delihlazo said that the impact of the taxi strike would have huge consequences for many healthcare workers.

“Many nurses and patients use taxis as the most viable means of public transport between their homes and healthcare facilities. So, the impact of the taxi strike in the Western Cape will have huge consequences for them.

Nurses may not be able to arrive on time, and patients may miss their appointments as well,”  he said.

Delihlazo continues: “It often happens, also, that while the taxi industry is the one on strike, many other forms of public transportation tend to be affected greatly too in one way or the other. So, the strike will have serious disruption effects on healthcare services too”.

Thousands of taxi commuters in the Western Cape are affected after the South African National Taxi Council (SANTACO) announced the two-day taxi strike in the province.

SANTACO is protesting over unfair by-laws by the Western Cape government directed at the taxi industry. Taxi operators want the expansion of the R215 million Blue Dot pilot programme, a partnership between the taxi industry and the provincial government, which will cease to exist by the end of the month unless more funds are pledged and invested.

Western Cape Department of Health and Wellness spokesperson Mark Van De Heever said they had received reports from Khayelitsha and Vredenburg that protest action led to some staff being unable to get to work.

“In cases where staff are unable to get to their places of work, they have been reassigned to another facility for the duration of the day or until they can access the routes to their normal workplace,” he said.

On Monday morning, Myciti bus services announced they suspended five bus routes due to the taxi strike. This would directly impact nurses and patients who use it to travel to healthcare facilities.

#MyCiTiAlert Routes D01 and D02 have been suspended until further notice, due to protest action.

Quintas says that no injuries have been reported yet, but many commuters and personnel have been traumatised by these events.

“Also, the destruction of public and private property is unacceptable and cannot be condoned, regardless of any grievances the minibus-taxi industry may have”, he says.

Quintas says that the City notes the demands from SANTACO, representing the minibus-taxi operators in the Western Cape, and fully agrees that formalising the industry is key to its long-term sustainability.

A modernised and efficient minibus-taxi industry is in the interest of operators, those employed by the industry, and, more importantly, commuters.

“As such, I am calling on the National Minister of Transport to address the call for assistance urgently”, he said. – Health-e News