Window on the world of family medicine

Smoking, domestic violence, HIV, heart attacks, depression… All societies’ woes – many exacerbated by the stresses of globalisation – land up in the hands of doctors.But being a family doctor is often an isolating experience. Thus, the 16th World Congress of Family Doctors (WONCA) held last week in Durban was an opportunity for doctors to get out of their consulting rooms and in touch with new research and new ideas for treating patients. In many ways, the congress ‘ which attracted 2 288 delegates from 76 countries – was an assessment of the pulse rate of the world’s citizens.

US Surgeon General Dr David Blatcher said depression was likely to become the “leading cause of disability in the world in 50 years’ time”, and that suicide was one of the top 10 causes of death in the US. However, doctors tend to “forget to ask patients about depression”, said Satcher.

But HIV/AIDS is the biggest challenge facing the medical profession, said Boland, and it would kill more people than both world wars had.

Sometimes the concerns of the developed nations seemed very far removed from those of ordinary South Africans ‘ who at best see a clinic nurse once in a while, and certainly don’t have access to a family doctor who remembers the details of their ailments.

US-based Prof Rich Roberts’s prediction that soon “all people” would have access to the same medical knowledge as their doctor via the Internet, seemed absurd for Africans.

In addition, the developed nations’ challenge of assisting an ever-ageing population (thanks to improved medical technology)only served to remind us that Africa’s life expectancy is plummeting because of AIDS.

But at other times, doctors from developed nations raised issues that get scant attention in this country.

“How do you know,” asked Professor Ingid Eckerman from Sweden , ” if the child coughing in your consulting rooms who seems to have a bronchial infection is not suffering from pesticide intoxication? How much do doctors know about persistent organic pollutants?”

A very relevant question, given that in the malaria-plagued parts of South Africa, households are being sprayed with the pesticide, DDT.

Lead poisoning was another issue that gets little attention in South Africa. Toronto-based Dr Alan Abelsohn said a relatively small amount of lead in a child ‘ 10 micrograms per 20 decilitres of blood – can actually cause a decrease of two percentage points of in a child’s IQ, leading to a doubling of mentally disabled children. Leaded petrol ‘ the major source of lead in the environment ‘ is widely used in South Africa.

Doctors were also challenged to pay attention to gender in their practices. Norway’s Professor Kirsti Malterud revealed that women had half the chance of men of getting a kidney transplant in her country, and double the chance of invasive surgery rather than therapeutic assistance to deal with heart problems. In addition, the complaints of women patients were often taken less seriously than those of men.

Interestingly, patients surveyed by Malterud generally felt that they had better service from women doctors, saying that they listened better and male doctors “interrupted more”.

She challenged doctors to empower their women patients by encouraging them to speak about their “strong sides” ‘ the things they did to cope with pain and sickness.

“Doctors know more about what makes people ill than what makes them well,” said Malterud, revealing that women often faced illness and pain with remarkable ‘ but unacknowledged ‘ fortitude.

By recognising and supporting such strength, doctors could empower their patients and offer them a “safe space” to talk about problems such as domestic violence.

An injection of reality came from the rural doctors within WONCA ‘ essentially representing the world’s poorest patients.

“Rural children world-wide are under-weight and under-height,” said Australia’s Professor Roger Strasser. “Economic downturns have more of an effect on rural communities, who suffer significant stress when there is a downturn. But there is a lack of counselling and mental health facilities in rural areas.”

South Africa’s Dr Steve Reid was even more explicit: “In South Africa, ‘rural’ means poor’¦ but the Department of Health has adopted a piecemeal programme to address gaps in rural health delivery.”

He said government should instead concentrate on training people from rural areas to become healthcare providers.

WONCA has committed itself to action to eradicate tobacco use, and has offered its support for the United Nations campaign to get universal access to affordable anti-retroviral drugs.

A high level World Health Organisation (WHO) delegation has given South Africa’s tuberculosis (TB) programme cautious thumbs up pointing out that the critical integration of TB and HIV services were not satisfactory and that infection control at health facilities was lacking. 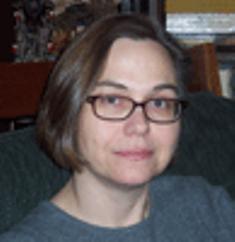 The parents of the babies who died during a power failure at East London’s Cecilia Makiwane Hospital are now considering a class action against the Health Department. This follows the health minister’s denial that the babies’ deaths were a result of the hospital’s negligence.

Despite activists’ pleas, Minister of Health Dr Aaron Motsoaledi has not joined almost 800 health workers and experts in supporting the call to declare drug-resistant tuberculosis (DR-TB) a public health emergency.