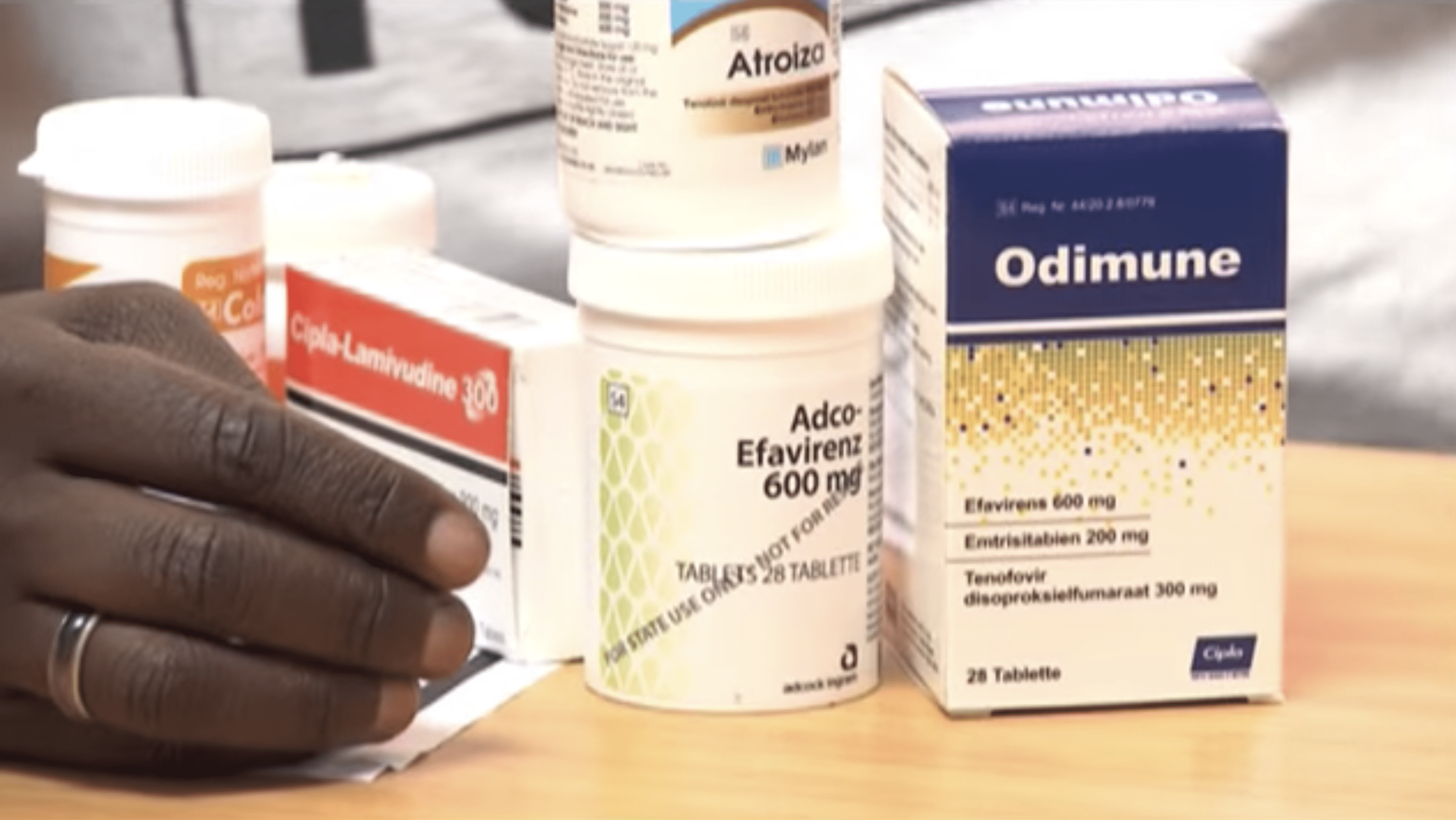 Three young South African AIDS patients recently missed essential doses of their antiretroviral drugs after the supplier, Merck Sharp & Dohme ran out of stocks. The pharmaceutical giant ran out of its 50 mg tablet of Efavirenz, or Stocrin, one of the principle AIDS medicines for children aged three and older. A serious consequence of such shortages is that resistance to the particular drug can develop if patients interrupt their treatment. Furthermore, irregular drug supplies could jeopardise the government’s imminent roll-out of an HIV and AIDS treatment plan.

KB: Dr Stephen Heitner, a paediatrician working at the Harriet Shezi Clinic for children with HIV at Chris Hani Baragwanath Hospital, in Soweto, is one of two doctors who complained about the shortage of the 50 mg Efavirenz, or Stocrin. All three of the pharmacies that provide the drug to their clients had run out of the medicine. The problem, which lasted for almost a week, was noticed at the beginning of January.

STEPHEN HEITNER: The average duration that the patient had defaulted was, I think, four days, which doesn’t really sound like a long time in the greater scheme of things. But the way that anti-retrovirals work is they have a relatively short half-life. So, as soon as you stop taking the medication the drug levels inside your blood tend to decrease. And it’s actually been shown again on numerous occasions in many studies that if you default for greater than two days in each month, you actually increase your chances of developing viral resistance incredibly. That’s why we spend so much time discussing the issue of compliance with our patients – trying to avoid these issues.

KB: Dr Heitner went on to say that there are concerns that defaulting on one drug, in this case a 50 mg dose of Efavirenz, could lead to resistance to one or more anti-retrovirals taken in combination with the one medication.

But why did the shortage occur in the first place? Merck Sharp & Dohme, or MSD, explained to Dr Heitner that the unprecedented shortage occurred as a result of an unexpected order from Botswana. However, MSD Chief Executive Officer in South Africa, Chirfi Guindo, refused to be drawn on that.

CHIRFI GUINDO: I wouldn’t wanna comment on that – because to me whether the station is in Botswana or in Cape Town, or Durban, from my perspective, all these stations deserve to have access to the medicine. And that’s very much our philosophy as MSD.

KB: All well and good, but this underlines the need for proper consideration and planning to ensure that drug companies, like MSD, can meet the needs of their clients in different geographical settings at all times. Dr Stephen Heitner.

STEPHEN HEITNER: In this particular instance it should be a completely avoidable and foreseeable issue from the drug companies themselves, especially seeing that most of the scripts come through pharmacies and they have to actually let the drug companies know well in advance how many orders they’re going to have for each month. It’s a system that’s been designed in order to avoid shortfalls like this.

KB: Supply of the drug has since been restored at factory level and is now available at pharmacies. According to MSD, about 400 children use the 50 mg dose of Efavirenz. The vast majority of people who take the drug in SADC countries, 80 % of whom are in South Africa  are adults who use the 200 mg formulation of the medicine. But, with the government’s imminent roll-out of a national AIDS treatment programme, the numbers of children on Efavirenz 50 mg is expected to increase significantly.

The brief shortage scare should be a wake up call to MSD and other pharmaceutical companies who will tender to provide drugs for government’s roll-out programme. When this finally happens, a sustainable supply of medicines will be essential. Jonathan Berger of the AIDS Law Project.

JONATHAN BERGER: The only guarantee we can ever have of being ensured of a sustainable supply of medicines is to make sure that there are a number of suppliers of that particular drug. And the only way that can take place is if MSD is prepared to voluntarily licence a number of generic companies to produce the drug in South Africa or to import it and sell it in South Africa.

KB: In December 2003, Glaxo-Smith-Kline and Boehringer-Ingelheim agreed to lift the patents on three anti-retroviral medicines – AZT, Lamivudine and Nevirapine, allowing for the drugs to be generically produced or imported into South Africa. CEO of MSD in South Africa, Chirfi Guindo, is well aware of the option of waiving their patent rights, but remains non-committal.

CHIRFI GUINDO: Yes, we are discussing with South African companies, at the moment, the possibility of voluntary licensing of Efavirenz. I cannot comment on specific deadlines at this point. The only thing I can say is that the discussions are on-going.