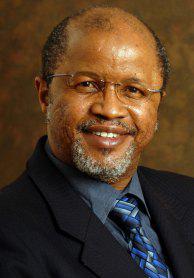 ‘The biggest responsibility we all have, as the ministry and as the nation, is to use this time to build firmer foundations and systems and to ensure that these systems are so robust that they withstand any change in leadership. Certain things have been defective and deficient in their own right and were not so much about who was leading at the time,’ says Sefularo in response to a question on how he thought the trust could be rebuilt after a traumatic era under the leadership of Dr Manto Tshabalala-Msimang.

Earnest, but with an easy smile not far below the diminutive exterior, Sefularo speaks in a measured tone and takes his time to make a point. ‘What worries me, what really worries me, is that in the past we have reduced the challenges of the health system to the kind of person sitting in the health ministry. And while everyone has been celebrating the change of leadership, I fear that people will soon be disappointed,’ he says, his eyes blinking behind gold-rimmed spectacles.

Schooled in political activism from a young age, Sefularo is a ‘graduate’ of the class of 1976. He was also founder-member of AZASO, a fore-runner of the South African Students Congress (SASCO), and played a leadership role in underground structures of the African National Congress and the United Democratic Front (UDF) from the early 1980s.

He reveals that a summit is being planned for April where the ministry hopes to present to the nation the way forward and to share new plans which Sefularo hopes will lead to a health system capable of dealing with the myriad challenges it is confronted with.

In the past deputy ministers have been tasked with playing menial roles in the health department. Tshabalala-Msimang was infamous for the appalling treatment of her deputies, choosing to ignore Renier Schoeman and assuring her place in the annals of history when she orchestrated the firing of Nozizwe Madlala-Routledge for daring to speak out on some of the challenges the new ministry now acknowledges with refreshing frankness.

‘While the Constitution makes provision for deputy ministers it was really undefined with no mandate or scope of work. It was really left up to the personalities in the department,’ says Sefularo. ‘It is clear that there is a need for deputy ministers, but there is also a need for their office to be fully resourced.’ Sefularo remarks wryly that a recent meeting with a former deputy health minister from Mexico revealed that his counterpart had nine advisors from universities and non-governmental organizations.

Returning to his concern that expectations are too high, Sefularo states that the department does not want to bask in the current spirit of goodwill. ‘Even our openness of talking to everyone will not deliver key things. But we are prepared to go as far as tampering with the power of some people if it means we can improve the health system,’ warns Sefularo. He cites the example of the head of Maternal and Child Health in the department having to go via a myriad levels when attempting to visit an area where a problem has been identified. ‘We can’t have a situation where the person who is messing up may have the power to tell the department to come back later,’ he says.

Sefularo believes that Constitutional and legislative provisions on concurrent powers has left too much leeway for provinces, institutions and units to hide problems and that the national health department has the right to know everything about the state of health. The ministry has called for a relook at the Constitution which he believes has a weakness which needs to be corrected, giving clearer and greater legislative and executive authority to the national ministry.

‘The matter of the technical expertise and statutory authority and service delivery agency in the department is increasingly proving to be an obstacle to optimal performance and stewardship on the part of the Ministry and the Department of Health,’ said Sefularo.

This could see a separation of power with an arm responsible for health delivery and another responsible for oversight over key areas, all under the Minister, according to Sefularo.

Again Sefularo cites an example using the Committee on Maternal Health headed up by Professor Jack Moodley, who the deputy minister describes as a formidable expert on the topic.

‘Yes, he can go in and make recommendations and assessments, but he has no authority. He has to seek permission from the DG if he wants to go to an area. Despite making very important recommendations on three occasions nothing has been done. These people need more power,’ says a determined Sefularo.

Turning to the nitty gritty of his new responsibilities, Sefularo warns that the department’s information and communication technology systems are non-existent. ‘We are extremely vulnerable, with our surveillance systems virtually non-existent. Quite frankly, we should no t have been caught off-guard by measles or for that matter cholera. Of course HIV and TB are very important and we are certain that these diseases are fuelling the fire of mortality, but a proper surveillance system would show up other areas of vulnerability as well,’ says Sefularo.

He reveals that in Gauteng the absence of a cold chain manager and the collapse of the cold chain itself could have led to the measles outbreak.

Sefularo frowns when he addresses infection control, another key responsibility. ‘We know with drug-resistant TB that a lot of the infections have been nosocomial (hospital acquired) and we have failed to measure the extent of that problem. We don’t know how many people died from hospital acquired infections and we are failing to measure the presence of these bugs,’ he says.

Possibly Sefularo’s most pressing and important responsibility taking care of maternal, child and women’s health, key indicators of the looming Millennium Development Goals which South Africa is set to miss. Sefularo believes that a first step would be to revive the volunteer system in communities. But he cautions that these volunteers would have to be better supported with an increase in the training of first level workers such as the maternity and staff nurses.

‘I believe that once we lift the cloud of HIV that we will discover so many other problems,’ he adds.

Sefularo also believes that a human rights approach needs to be returned as an integral part of healthcare delivery. ‘I have seen some strange behavior where women die during childbirth because there is no blood and there is no blood because the blood bank hasn’t been paid. In such an instance I would chase very hard the chain of responsibility. There are just too many violations taking place and we need to put and end to that.’

Time will tell whether this struggle doctor has his finger on the pulse and whether he has the remedy to play his role in curing our ailing health system. For now, Team Motsoaledi and Sefularo need all the help they can get.

The Moral Regeneration Summit, which begins on April 18 in Pretoria, will create a dynamic broad-based movement that will affirm the dignity of people in South Africa, Arts and Culture Minister Dr Ben Ngubane said.

Limpopo – A young mother who suffered pain and bleeding for months after she was badly stitched after giving birth, and who was helped only after the Health Department intervened, has now received a bill for R11 000. 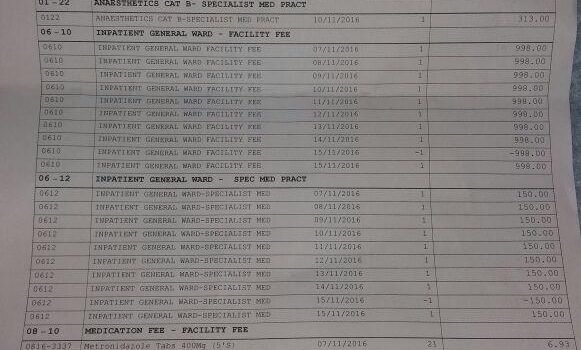 Parliament’s health committee has rejected a move by the health department to introduce a two-tier system for medicines approval whereby the health minister would have had the final say over whether a medicine could be registered.