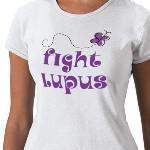 Systemic Lupus Erythematosus or simply Lupus is a rare disease that affects a number of organs in the body. It is mostly common in young females. Noxolo Malusalila is one such case.

At 12, Noxolo Malusalila appears to be a bright and articulate happy young girl. However, behind her big cute smile is a two-year long struggle with Lupus, a multi-faceted and incurable disease.   Noxolo’s mother, Khanyisiwe Malusalila, is by her daughter’s side at all times.

‘My daughter, Noxolo Malusalila, has been sick since the beginning of 2009.    She was deteriorating in health, she was losing a lot of weight, she had no appetite at all and her body was like pale. In mid-July, she said: ‘Mommy, I’ve got a side pain.    I can’t walk properly’.    So, I took her to the clinic’,  says  Khanyisiwe Malusalila.

But the clinic was not unable to help Noxolo, nor did the private doctor that her mother took her to after the clinic medication had failed to improve Noxolo’s health.

‘When I took her back to the same doctor, she started bleeding, vomiting, having high temperature, having difficulty breathing and, then, the doctor said he can’t do anything. He’d rather refer her to the hospital (Boksburg Hospital). We just hired a taxi outside the doctor’s surgery and went straight to Boksburg Hospital’, says Khanyisiwe Malusalila.

Even the doctors at Boksburg Hospital in the East Rand were unable to diagnose Noxolo and she was then referred to Johannesburg’s Charlotte Maxeke Academic Hospital where she was first suspected of cancer and TB, but the results came negative. The doctors still had no idea what her disease was and after a four-week stay at the hospital she was discharged.

‘They told me the real cause of her disease… they have not found it. After she was discharged they said she must come every month, but, in fact, she was going every week. She was catching every disease. If it’s a headache, it would become a serious thing.   If it’s a flu, it becomes serious… Anything she was catching became too much’, says Khanyiswa Malusalila.

Noxolo was finally diagnosed with Systemic Lupus Erythematosus in February 2010 when she was re-admitted to Charlotte Maxeke Academic Hospital, a couple of months later due to deteriorating health.   The diagnosis came almost a year later.

‘It was a very difficult situation, I tell you.   Her condition required a parent to be there with her 24/7.   So, I was also given a bed.   You know when you get to hospital you have hope, but she was deteriorating while she was in the hospital.   She was getting more swollen, she was also failing to walk and I would ask the doctors: ‘Why is she now like this?’ And they told me that each and every organ in her body is swollen… the heart is swollen, and the intestines are swollen’, says Khanyisiwe Malusalila.

It was then recommended that Noxolo undergoes chemotherapy. While chemotherapy is mainly used for cancer patients, it can be used for many other illnesses, especially those that affect the auto-immune system, such as Lupus.

‘She would complain and scream, crying: ‘Mommy! My intestines are breaking!   Something is cutting me inside.   It’s like I’ve got a scissor and razor blade inside my tummy’.   I was so worried. She started vomiting pinkish staff and then she collapsed.   I thought: No, my child is dead’, says Khanyisiwe Malusila.

But Noxolo did not die.   She lived to tell the tale of her struggle with Lupus.

‘What I understand about my illness is that it affects most of the organs in the body, like the brain, kidneys, lungs’¦ Luckily, for me, it didn’t go that far to the brain because if it goes to the brain then you just go like mentally-disturbed’, says Noxolo Malusalila.

Noxolo has to regularly visit her doctor for monthly check-ups to keep her Lupus well- managed.

‘Now I’m feeling happy and I’m not that ill anymore. But sometimes I do feel cramps in my bones and sometimes I can’t walk properly.   But, then I’m fine.   I’m much different from last year and 2009’, she says.

‘We are talking about an auto-immune disease which affects a number of different systems in the body. Skin, kidneys, the lungs, the joints’¦ So, it’s really a multi-system disease’, says Dr. Hodkinson.

‘There is a large range of symptoms that patients can have and it’s one of the reasons why it’s quite a difficult disease to diagnose.   Common things are rashes, especially rashes on the face. Arthritis is common – way too present! Less common things are fits.   Some patients present kidney or lung problems’, she says.

Unfortunately, Lupus cannot be cured or removed, but can be managed with modern medication.   According to Dr. Hodkinson, Lupus affects more women than men.