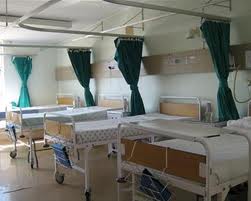 SECTION27has called for national intervention in the Gauteng health department and needs-based budgeting to ensure ‘everyone has a right of access to health care services’.

Press statement: SECTION27 has noted reports in today’s Times newspaper relating to the shortages in staff at Charlotte Maxeke Hospital (CMH) and reports of the shocking impact this is having on services in the hospital.

The reports depict the pain, suffering and risks that are plaguing our hospitals and clinics. They reflect the anguish of doctors and nurses. But the crisis at CMH is a manifestation of a far larger problem. It relates to inadequate budgeting processes and poor management within the Gauteng Department of Health (GDOH).

However, each time a crisis hits the newspapers, instead of addressing the underlying issues related to overspending, the GDOH first denies that there is a problem. Then they shift spending from one area to another, effectively fighting fires rather than addressing the core issues with a structured attempt to develop a realisticneeds-based budget that facilitates the delivery of healthcare services to the public.

The GDOH has been overspending its budget for the past seven years. The result has been that, on a yearly basis, GDOH has been accruing debt by:

·               purchasing goods and services (for example, medicines or medical supplies) prior to the financial year-end; and

This means that pressure is placed on the following year’s budget, and that budget too gets spent prior to the year-end.

Early in 2012, the GDOH’s inability to pay suppliers of goods and services came to a head as several suppliers stopped supply to hospitals. But while the GDOH has publicly announced that it has paid all suppliers for previous years, this has been done through a combination of (1) this year’s health budget and (2) through ‘austerity measures’ including freezing the appointment of essential staff (including critical staff such as specialists) with a portion of funds taken from the reallocation of the provincial budget.

This ‘solution’ is not a solution.

Firstly, the utilisation of the current year’s budget means that the GDOH is likely to run into the same problems with the payment of suppliers later this year. Though this annual cycle is foreseeable and therefore preventable, it has occurredrepeatedly over the last few years, and with increases in the costs of goods and services, the problems become more acute every year.

Secondly, while some cost-saving measures are necessary, inappropriate ‘austerity measures’ have been imposed, including the freezing of the appointments of staff. This includes critical medical staff. It has led to a reduction in the number of doctors and nurses and has already had a measurable impact on healthcare outcomes. Put simply, as the reports in the Times today show, people’s rights are being violated and people are dying.

An additional major cause of the crisis in health in the province stems from very poor management andinadequate systems, particularly in terms of supply chain management, financial systems and maintenance of equipment and infrastructure.

SECTION27 calls on the GDOH together with the National Department of Health and the National Treasury to draw up ‘ and make public – realistic and attainable budgets for all healthcare facilities in the province. These budgets must be based on a quantification of the need for health (rather than historic spending), which has repeatedly been shown to be inadequate in the face of a growing population and growing burden of disease.

In addition, we believe that there needs to be substantial time and effort invested in building up effective management structures and functional operational systems within the GDOH.