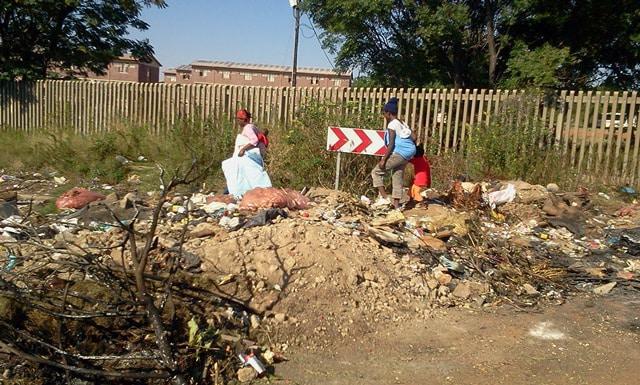 Members from the community complain that the garbage is a health hazard, especially to the children who like to dig through the heaps looking for things to play with.

The community claims that they are forced to leave their garbage on the street because the municipality is not removing garbage on a weekly basis.

“Our children often get sick because of this garbage,” said one community member.

In Soshanguve Block G, OurHealth spoke to Mr Musiya who was moving garbage bags away from his home because he can’t open his windows because of the stench. He claimed that last year a foetus was found in the garbage outside of his house.

His neighbours said that Musiya is the fourth resident living in the house and that the others move out because of the stench. “People from other blocks come and dump their garbage here,” said while Musiya while trying to tidy the area.

The community wants a “No Dumping” sign to be put up and for the municipality to regularly collect garbage from the area. OurHealth/Health-e News Service