Home » Tough living for the people of Zuzokuhle informal settlement 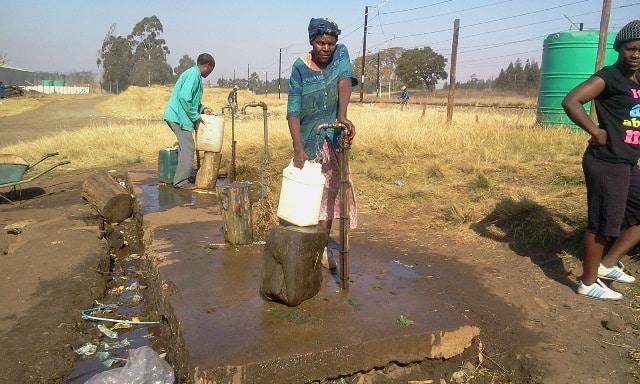 Residents of Zuzokuhle have to walk long distances to fetch water

Residents of Zuzokuhle, informal settlement in Howick, face tough challenges every day with no electricity and poor access to toilets and water and long distances to a clinic.

Tough living for the people of Zuzokuhle informal settlement 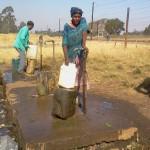 Residents of Zuzokuhle have to walk long distances to fetch water

Residents of Zuzokuhle, informal settlement in Howick, face tough challenges every day with no electricity and poor access to toilets and water and long distances to a clinic.

“We have no electricity, or proper toilets and we walk long distances to fetch the water,” says resident Nosipho Mkhulisa

Another resident Mkhulu John Hlase says: “We have applied for RDP houses, it has been years now, but still we have not received them. My house which is made up of wooden planks burnt down and I am living with my brother now since it is winter. Many people lose their homes and belongings during the winter because of fires.” Hlase was injured during the fire and he is unable to work. His application for a disability grant was declined.

Sibongile Ngcobo says the community has had to reply on pit toilets. “We do not have proper toilets and some of these toilets are very smelly and dangerous for the children,” she says.

Residents have to walk far to the communal taps. The area around the taps is clearly also polluted and unsafe.

A mobile clinic visits the informal settlement once a month. “If we are sick we have to take a taxi to Howick clinic, but many people do not have money for the taxi fare so they walk the long distance. If the mobile clinic came more often that would be better” says Ngcobo.