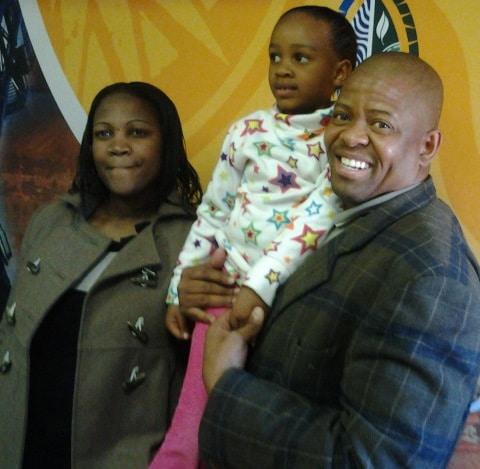 Orkney – Hearing-impaired four-year old Phatsimo Ntlhane will be able to carry on attending the special school Eduplex in Pretoria after receiving a huge donation to cover school fees. 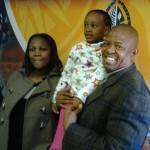 The pledge came after Phatsimo’s mother Masego Nthlane made a plea for help when her daughter Phatsimo faced expulsion from school unless a deposit of R21 000 was paid. Anglo Gold Ashanti handed over a cheque of  R45 000 to the family last week.

Phatsimo suffers from intense sensory hearing loss in both ears. In July 2011 she received a cochlear implant operation on her right ear at the University of Pretoria’s Cochlear Unit. The operation was done through funding from the office of the executive mayor of the Dr Kenneth Kaunda District.

Masego Ntlhane from Jouberton Extension 16 is a single mother and her income is insufficient to cover her daughter’s school fees. She said: “Phatsimo was born normal, only to suffer hearing loss in 2011.”

Lebogang Nkadimeng, senior governance office at Anglo Gold Ashanti said: “We felt touched by the girl’s hearing loss, and as part of our social economic responsibility we decided to help. It’s our mandate to help our communities. We would like to help her further, but we can’t commit for now.”

Eduplex is a school for children suffering from hearing problems. Because Phatsimo’s condition requires constant monitoring, the girl’s mother had to relocate to Pretoria to be near her.

Dr Kenneth Kaunda mayor Boitumelo Moloi said she was very happy about the contribution made by Anglo Gold Ashanti as it was an investment in Phatsimo’s future.

Phatsimo’s operation has helped her to begin to regain her speech although she is still able to only say a few words.