Zanele Mhlanga* , 31, from Ermelo in the Gert Sibande district is a mother of three, has been married for nine years and is a business owner. She was diagnosed with HIV two-and-a-half years ago, and believes she was infected by her husband. She tells her story. 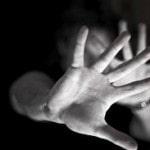 “Things were not easy at first and I wanted to punish my husband so badly that I nearly lost my life. I started drinking alcohol and smoking. In November last year I had a car accident and had to stay in hospital for three months. While in hospital I found out I was two months pregnant.

While I was in hospital we were advised to test for HIV the second time. That’s when my husband and I decided that we should go for voluntary counseling testing (VCT) for HIV and we tested positive again. The first time I tested for HIV I didn’t understand anything because of the anger. We joined a support group for HIV-infected couples.

When I was 14 weeks pregnant I was put on the Prevention Of Mother To Child Transmission (PMTCT) programme and started treatment. At 28 weeks I was given a single dose of Nevirapine to drink during labour and I received AZT every three hours during labour.

After my daughter was born at Ermelo Hospital she was given Nevirapine syrup within 72 hours.

I breastfeed exclusively as it is the best. After my daughter was born, I started ARV’s. I am on fixed-dose combination (FDC) antiretroviral medicine now (the three-in-one ARV pill). Things have been going well and I haven’t experienced many side effects.

At six weeks my daughter was tested for HIV and the result was negative. I am still breastfeeding exclusively and she’s healthy and growing.

Life has been wonderful. I even stopped smoking and drinking alcohol.”