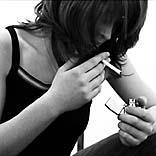 Women comprise about one-fifth of all smokers worldwide
© WHO

While South African women are less likely to smoke than men, ladies often smoke more cigarettes per day than guys. Health-e brings you eight facts you might not know about women and smoking. 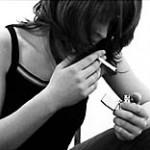 Women comprise about one-fifth of all smokers worldwide
© WHO

About one-fifth the world’s one billion smokers are women.

2. Kicking the habit: South African women are twice as likely to report having tried to quit smoking than men, according to the HSRC.

Actually, “light” smokers often engage in compensatory smoking, inhaling more deeply and more frequently to absorb the desired amount of nicotine, according to the World Health Organisation (WHO).

4. Puff, puff, pass: The HSRC found that women smoke an average of ten cigarettes a day while men “lit up” about eight times a day.

5. Hook, line and sinker: Women are one of the tobacco industry’s biggest targets. The industry gears richly-funded marketing campaigns towards women through advertisements that draw on gender stereotypes, and link tobacco use to concepts of beauty, prestige and freedom. The industry actively targets women because comparatively few women currently use tobacco, and women are increasingly able to afford tobacco.

6. ‘Till death do us part: Every year, 1.5 million women die from tobacco use, largely in low- and middle-income countries. This number could double by 2030, according to the WHO.

7. Back that baby carriage up: Tobacco use harms women differently from men. Women who smoke are more likely than those who do not to experience infertility and delays in conceiving. Smoking during pregnancy increases risks of premature delivery, stillbirth and newborn death, and may cause a reduction in breast milk.