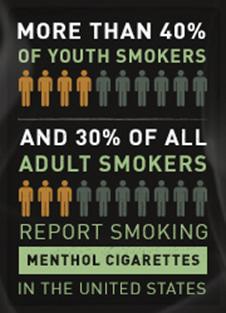 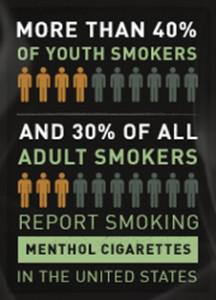 Recently published in the international medical journal Tobacco Control, a US study new study found that while smoking rates among young adults had declined, rates of menthol smoking among the group had increased. Similarly, older smokers are also kicking regular cigarettes but rates of menthol smoking have remained constant, according to the study. The study’s findings indicate that the continued sale of menthol cigarettes is hampering efforts to reduce smoking, researchers argue.

The new research also adds to evidence contained in a 153-page report on the health impact of menthol cigarettes released by US regulator, the Food and Drug Administration (FDA), in July. The report found that menthol cigarettes led to not only more young people smoking, but also resulted in greater addiction, which reduced menthol smokers’ ability to successfully quit.

“(This research) underscores why the FDA must act quickly to ban menthol cigarettes,” said Matthew L. Myers, president of anti-tobacco organisation, Campaign for Tobacco Free Kids, in a statement. “There is more than adequate scientific evidence for the FDA to quickly develop a formal rule banning menthol cigarettes.”