South Africa has one of the most lax patent review systems in the world. Now, a new draft policy – set to be released next week – could change that and lower medicine prices. 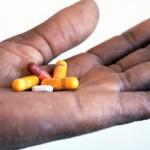 A patent allows a company exclusive rights to produce and sell a product for a 20-year period. A type of intellectual property protection, patents are meant to award innovation – not so, in South Africa, say activists and researchers.

For more than a year, AIDS lobby group the Treatment Action Campaign and international humanitarian organisation Medicines Sans Frontieres (MSF) have lobbied the Department of Trade and Industry (dti) to fix patent laws that make patents too easy and drive up medicine prices, say the groups.

Now, dti will release its new draft policy on patents and intellectual property next week,  according to dti spokesperson, Bongani Lukhele.  The expected release of the document comes nearly a month after Cabinet approved the policy for release. The policy’s publication in the government gazette will mark the beginning of a 30-day public comment period.

The publication comes almost nine months after the dti’s originally promised January 2012 release of the document.

What activists will be expecting

South Africa grants almost every patent application it receives, making its patent regime one of the world’s most lenient. Research from US Columbia University found that regulators from the United States and the European Union approved an average of 60 percent of all patent applications. However lacking a patent review system, South Africa approved almost every application it received, according to Bhaven Sampat, an associate professor at Columbia University’s Mailman School of Public Health

Local research by the University of Pretoria found that if such a patent review system existed, South Africa would likely never have granted about 80 percent of previously awarded patents.

MSF and TAC will be looking for the draft policy to not only introduce a patent examination system but also stricter patenting criteria to ensure patented medicines are truly novel. Stricter criteria are expected to prevent  ‘evergreeening,’ a process in which companies abusively extend exclusive rights to manufacture and sell certain drugs.

Evergeening blocks new manufacturers from entering the market and keeps drug prices high and has already resulted in higher prices for the cancer drug imatinib in South Africa, according to MSF.  Drug manufacturer Novartis’ original patent on imatinib expired in 2013, however the pharmaceutical company re-applied for another patent on the drug citing new uses. According to MSF, this delayed generic competition and means South Africans continue to pay about eight times as much for the drug as patients in countries like India.

“To realise lower drug prices for South Africans, the dti must prioritise patent law reforms that would curb evergreening and abusive patenting of medicines,” said MSF South Africa Advocacy Officer Julia Hill in a statement. “As long as companies like Novartis are granted secondary patents on medicines in South Africa, generic companies risk time-consuming litigation processes that keep affordable versions of drugs away from patients.”

MSF and TAC will also be looking for the draft to propose a more transparent patent application system in which applications were public record, allowing the public to oppose patents before or after they have been granted. –Health-e News Service.