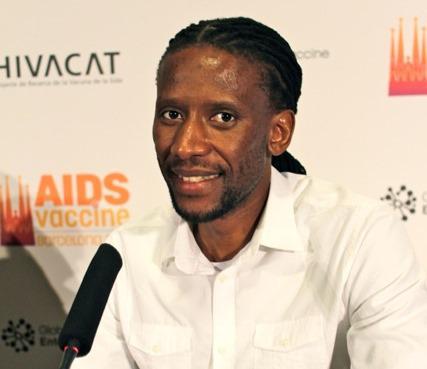 BARCELONA – South Africa is the only country in the world where a large AIDS vaccine trial is being planned, as the global scientific community struggles to find a way to eradicate HIV.

Announced at this week’s international AIDS Vaccine Conference in Barcelona, the South African trial will involve the only vaccine shown to have some effect on the virus when it was tested among 16,000 people in Thailand. Released in 2009, the Thai trial’s results showed that HIV infection rates were 31 percent lower in participants who had received the vaccine than those who had not.

“On the eve of some of the most important vaccine trials, I am proud of the critical role that the people of South Africa will play,” said Ntando Yalo from the Networking AIDS Community Of South Africa, speaking at conference opening. 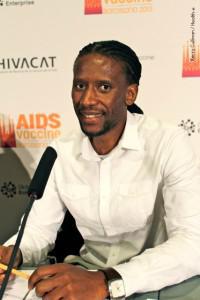 But the trial’s researchers are cautious.

Glenda Gray is the South African trial’s lead researcher and executive director of the Perinatal HIV Research at the University of the Witwatersrand. She told conference delegates that trial would begin by testing the Thai vaccine on a small group of people to confirm the vaccine worked as well in South African populations as it did in Thai participants.

“It might not show the same efficacy as in Thailand,” Gray said. “For example, South African women are bigger, and have different (levels of) exposure to the virus.”

With a national HIV prevalence rate of about 17 percent, South Africans are likely to have had much more exposure to the HIV than people in Thailand, where just one percent of the population is HIV-positive. The modest protection offered by the Thai vaccine might be too weak for South Africa, Gray added.

If the vaccine is effective within this smaller group, researchers will modify it for use against the predominant strain of HIV found in South Africa. This modified vaccine would be tested on about 240 people and, if successful, move to a larger trial involving about 5,400 people.

But the virus, described as “Machiavellian” by scientist Dr Scott Hammer at the start of the conference, continues to evade almost all attempts to eradicate it.

Johnson & Johnson Head of Research Dr Jerry Sadoff said he had been involved in creating 11 vaccines, none of which had taken more than seven years to develop. HIV was the exception, he said.

“You can make a career out of the AIDS vaccine – I have been researching it for almost 30 years,” he joked.

Most vaccines train the body to recognise and kill viruses by injecting people with small, non-toxic “deactivated” parts of the virus.

The body learns to make antibodies to fight the deactivated virus, so that when it is faced with infection from the live, dangerous virus, it is able to recognise and fight it.

But HIV’s constant mutation once it is the body makes it a moving target that is hard to pin down.

About two percent of people infected with HIV are able to contain the virus so that they don’t get sick. Scientists have been studying these “elite controllers,” including sex workers in South Africa, for years but still don’t yet know how their immune systems manage to do this.

Unlocking how our immune systems can produce “broadly neutralising antibodies” to fight HIV is “one of the holy grails of vaccine design,” according to Hammer.

But as scientists struggle to unlock the secrets of our immune systems and HIV, AIDS Vaccine Conference organisers have decided to move away from narrow focus on vaccines.

About 13 years after the first AIDS Vaccine Conference was held, the Global HIV Vaccine Enterprise will open next year’s conference to a wider range of scientists working on HIV prevention methods, including antiretroviral (ARV)-based vaginal or rectal gels – or microbicides – as well as other forms of ARV-based prevention and medical male circumcision.

This much larger gathering of HIV prevention experts will convene in Cape Town next year.