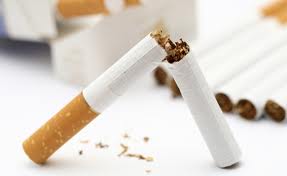 Anti-smoking measures like tobacco advertising and public smoking bans, as well as higher taxes on tobacco products could prevent tens of millions of deaths across the world, according to recent research.

Published in a recent edition of the World Health Organisation’s (WHO) international public health journal, Bulletin, the study evaluated the effects of anti-tobacco policies adopted by 41 countries, including Namibia and Madagascar. The study found that between 2007 and 2010,  measures like advertising and smoking bans and more importantly higher tobacco taxes had already saved lives. By 2050, these policies will prevent 7.2 smoking-related deaths and result in 15 million fewer smokers.

“If the progress attained by these … countries was extended globally, tens of millions of smoking-related deaths could be averted,” wrote David Levy, the study’s lead author from the US Georgetown University Medical Center in Washington. DC.

Wider use of the controls could also lead to lower health care costs and higher birth weights for babies, he added.

According to the study, increased tobacco taxes were the most affective tobacco control measure and prevented 4.5 million smoking-related deaths.

In South Africa, cigarettes incur a specific excise tax and value added tax (VAT). Treasury adjusts this tax annually so that it comprises about 52 percent of cigarette retail prices, according to the Campaign for Tobacco-Free Kids.

South Africa is expected to widen its public smoking ban by end of the year. Proposed by Health Minister Dr Aaron Motsoaled, the ban would prohibit smoking in outdoor eating areas, as well as areas such as beaches and sports stadiums.

Anti-tobacco measures like public smoking bans, tobacco use monitoring and smoking cessation services were introduced in some countries as part of a WHO package of services. The WHO hoped this bundle of tobacco use prevention and reduction measures would help countries implement the WHO’s Framework Convention on Tobacco Control, which was entered into force in 2005. About 175 countries, including South Africa, have ratified the pact.

According to the study’s authors, the framework has been one of the rapidly embraced United Nations treaties in history.

Six million people die every year from smoking and the toll is projected to rise to eight million by 2030, according to the WHO. In South Africa, 44 000 deaths annually are attributed to tobacco. – Health-e News Service.