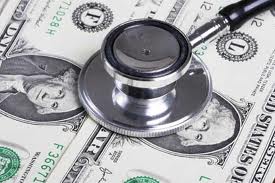 Produced by the Centre for Economic Governance and AIDS in Africa (CEGAA), this 14-page paper provides an analysis of trends in health, HIV and related areas of public spending.

Authors argue that national spending on HIV and AIDS in South Africa continues to show a strong public commitment to funding the HIV response. This is particularly evident given the rising allocations to HIV and AIDS within shrinking health budgets in real terms. The authors also posit that provinces are showing an increased ability to spend money efficiently.

According to the paper, South Africa will spend about 11 percent of its consolidated government budget on health between 2013/14 and 2015/16. However, authors note that this is still below funding levels committed to by African countries as part of the 2001 Abuja Declaration in which signatories pledged to dedicate
15 percent of government spending to health.

CEGAA – Trends in health and HIV budgeting in South Africa