Home » Research: The politics of transition and the economics of HIV 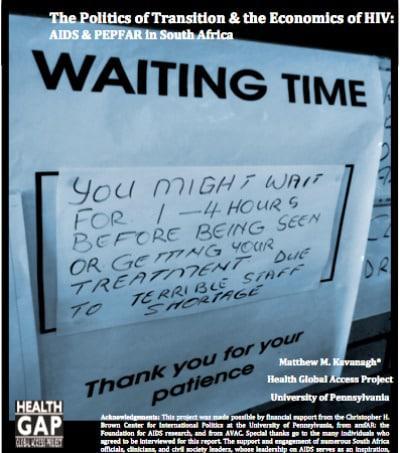 Published by Health GAP, this 39-page report alleges that tens of thousands of HIV patients supported by the US President’s Emergency Plan for AIDS Relief (PEPFAR) may have been lost to follow up during the aid agency’s shift towards more technical assistance in the country. 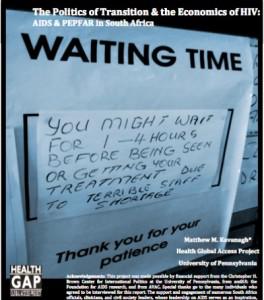 According to the report’s author, PEPFAR is currently managing the largest transition of a global health programme in history. The foreign assistance body is withdrawing direct staff and HIV treatment funding from South Africa partly in recognition of the country’s commitment to funding and managing the bulk of its HIV responses.

The paper argues that PEPFAR’s involvement in South Africa has left a number of positive legacies in the country, such as accelerated progress and increased public sector capacity.

However, the author posits that the transition may be plagued with problems including a lack of patient tracking, the loss of previously PEPFAR-funded support staff and a lack of civil society engagement. The report concludes with a set of recommendations for both PEPFAR in South Africa and the PEPFAR programme globally.

The politics of transition and the economics of HIV