The days of doctors indiscriminately dishing out broad-spectrum antibiotics may soon be over, as government moves to cut over-prescribing. 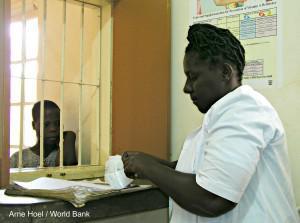 Instead, a draft policy document proposes that, where possible, doctors identify the infectious agent through laboratory tests, and prescribe narrow-spectrum medicine targeting that particular bug.

This is one of the proposals emerging from a high-level consultative meeting called by the health department to discuss how to curb “anti-microbial resistance” – those viruses, bacteria, fungi and parasites that could once be treated with medicine but have developed resistance.

Worldwide, “super-bugs” are developing resistance to antibiotics mainly because doctors are over-prescribing the medicines, based on patient demand rather than need.

Worldwide, about half the antibiotics prescribed are unnecessary, according to research.

Multi-drug-resistant bacteria is “out of control,” according to a draft policy document presented by the health department.

The policy rests on three pillars: better surveillance, more careful use of medicine and prevention.

The health department aims to set up a Ministerial Advisory Committee to drive the fight against super-bugs, focusing on drug-resistant TB, HIV and malaria.

Efforts to identify patients with multi-drug-resistant bacterial infections are to be stepped up, and these patients will be isolated.

Hospitals are a huge source of infection, as patients with low immune systems and all kinds of infections come into contact with one another. Unless hospitals have excellent hygiene, it is very easy for infectious outbreaks to occur.

Aside from TB, the country’s biggest resistance challenges are:

An edited version of this story first appeared in the 11 April editions of the Pretoria News, The Mercury, The Star, The Star Africa and the Cape Times.