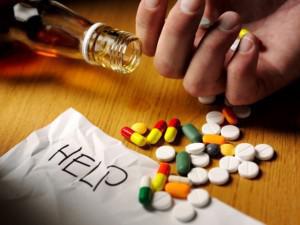 Research has shown that women who have experienced GBV may be up to three times as likely to contract HIV.

Dudu Ndaba is a social worker with the organisation and says that rising drug abuse is behind many of the GBV cases she handles.

“Most of cases that we receive (have to do with)… gender-based violence, which is more likely to come out of drug abuse,” Ndaba said.

Research has shown that women who have experienced GBV may be up to three times as likely to contract HIV.

While this increased risk has been widely associated with the physical trauma of sexual violence, the World Health Organisation notes that psychological abuse can also lead women to engage in HIV risk behaviours like transactional sex.

“Ignoring the problem is what we want to move away from,” said Thathezakho After Care Centre Project Manager Dumisani Mayisela, “We want to give a wake up call to every one living in the community of Dobsonville by taking this action is to help our brothers and sisters that are already affected.”

Local celebrities have joined the cause.

Nolubabalo Cumbe from Snail Park has won the Miss Dobsonville crown two years running. She blames drug use on a lack of opportunities for young people but said it was never too late to quit.

“Using drug comes from losing hope and not being open to good opportunities,” she told OurHealth. “To those that are already into drugs, it is never too late for them to start afresh and there are rehabilitation centres to help.”

Noxolo Williams, 17, says she gets upset when she hears about young people who have died as a result of drugs.

“As teenagers we need to enjoy life without using substances or drugs, and focus to our futures,” she said.

SANCA also provides community-based services through 30 local chapters. While SANCA has seen a rising number of heroin or opiate users, the organisation notes that alcohol and marijuana account for the largest number of their cases.