Home » Drug use spirals but services lag behind 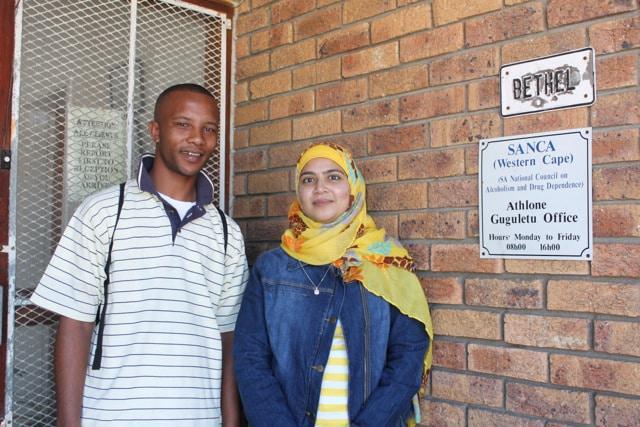 “It began with just wanting to experiment…but before I knew it, things had changed,” reveals Brown.

He became hooked on crystal methamphetamine (tik) and mandrax, and soon found himself in a gang.

“I tried to quit on my own so many times, but it would only last a month tops,” admits Brown. “I would be back on the drugs, even though I knew I was hurting people and almost got killed a couple of times.” 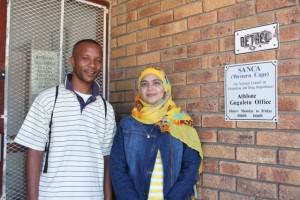 Thirteen years after he started using drugs, he found a reason to get clean but he knew he couldn’t do it alone.

“My girlfriend fell pregnant and there was no way I was going to let my son grow up like me or live the way I lived,” he explains. “I knew I had to change so I came to SANCA.”

The South African National Council on Alcoholism and Drug Dependence (SANCA) treated Brown and, with the help of its Athlone branch, he has been clean for 15 months.

“They gave me the tools to beat drugs,” Brown says. “Now instead of being in a gang, I have a relationship with my family.”

Brown now assists SANCA counsellors and visits schools to teach kids about the dangers of drugs.

“SANCA will be a part of my life for a long time still,” he adds.

But this 28-year-old father from Bonteheuwel is one of the lucky ones.

Only about ten percent of people in need of substance abuse treatment are accepted into treatment facilities, estimates Bronwyn Myers, a drug and alcohol abuse expert at the Medical Research Council (MRC)

In 2012, the Western Cape had just 5 000 treatment spaces available for substance abusers in both public and private facilities, according to the provincial government. Yet the MRC estimates that Cape Town is home to 15 000 heroin addicts alone.

In 2010, the province was home to 98 percent of patients seeking treatment for tik nationwide, although use of the drug has spread rapidly to other provinces in the past two years.

Many of these people will require in-patient care, where they relocate to a facility for a couple of weeks to beat their addiction. However this treatment is often expensive and space is limited.This means that unmet need for substance abuse treatment may be highest in low-income communities.

“We have a massive issue with drugs in this province. However the demand for free in-patient care will never be met. It is not even close,” says Kamal Kamaloodien, project consultant and clinical psychologist at Kensington Treatment Centre in Maitland, Cape Town.

Kensington is one of only four Western Cape in-patient facilities that are fully state-funded and offer free care. The centre can treat 40 patients at a time and is always full.

“The waiting list is unfortunately very long,” Kamaloodien explains. “For tik patients, it is about eight weeks, and for heroin patients it is even longer.”

According to Myers, heroin use has spiked across the country, concerning considering patients’ need for medical supervision during detoxification prior to treatment.

Detoxification can put patients at risk for heart or kidney failure, according to Fatima Parker, project manager and clinical psychologist at SANCA’s Athlone office. For this reason, she prefers patients undergo the process at medical facilities.

However, there are only 10 free beds dedicated to complicated heroin detoxification across the Western Cape, according to a provincial source.

Those unable to access in-patient facilities must rely on outpatient treatment centres, which have increased in number across the province. Here, patients are seen by appointment weekly and receive counselling and treatment.

While this can be an effective way of treating less severe substance abuse addictions, there are limits and even these centres are struggling to cope with demand amid decreased funding.

“Our funding has decreased from some organisations,” says Parker, who adds that SANCA Athlone has been forced to begin charging R60 a week for treatment, an amount that few can afford to pay. “While the money from the state has increased, it has not increased at the same level as the demand for care.”

“This might mean that we have to start limiting the number of clients we see and turning people away who cannot afford treatment,” she adds. “That is something that we never want to have to do.”

While cheaper than in-patient treatment, outpatient services may also not help everyone.

“People need to make a conscious decision to go for treatment and the cost of travelling back and forth can be a problem,” says Myers. “People also may struggle to stop their drug use because they are still living in the same environment where drug use occurs.”

For Parker’s patients, that environment sits on the doorstep of Mannenberg, one of the city’s most dangerous townships and where gang and drug violence is spiralling out of control.

“So our patients feel helpless. They come here for treatment but then must go back out into their communities or to their homes where their neighbour is a drug peddler and their friends are all using,” says Parker.

“It is hard being on the streets when you are trying to stay clean because the merchants and the drugs are always there and it doesn’t matter how many times they are arrested because they will always find a way to deal drugs,” agrees Brown. “You have to learn to avoid it all costs, but I learnt that here at SANCA – not on my own.” – Health-e News Service