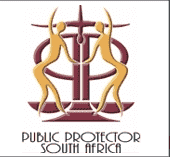 Public Protector Adv. Thuli Madonsela recently released the outcomes of an investigation into the Gauteng Department of Health.

Titled, “Unsettled Settlement,” the report stems from a a dispute between the Gauteng Department of Health and CKB Washroom Sales and Services CC (CKB), a small business that supplied hygiene equipment to several health clinics around the province.

CKB turned to the Public Protector in July 2011, complaining that the Department had failed to pay an amount of R2 960 112.60 which was allegedly owed for services that CKB continued to provide to the department’s clinics beyond 30 September 2010.

The company further alleged that the department wrote to Standard Bank in March 2011, confirming that it owed R1 448 790.06 to CKB in the context of a bridging finance application made by CKB and granted by the bank and that the Department subsequently repudiated CKB’s claim.

The public protector also found that the Department failed to the manage the exit of CKB’s services from its clinics and to ensure a seamless transition to properly procured hygiene equipment and related services in its clinics thus prejudicing the Complainant from competing in an open tender process that should have taken place by 30 September 2010.

As part of the remedial action, the Public Protector directed the following:

The Head of Department must: