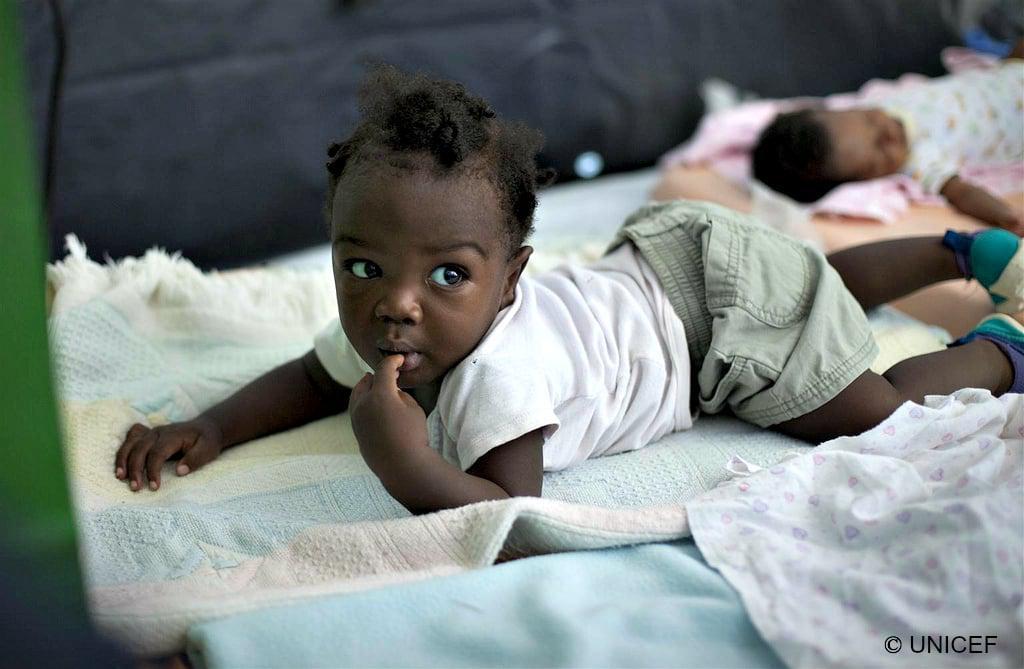 Our rural doctor reflects on the traditions of motherhood and a colleague confirms her worst fears about one young patient. 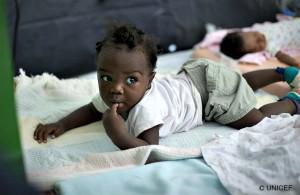 Mums sometimes report placing colourful elastic bands or strings around babies’ wrists to prevent them from going squint. They say the colours make the children look outwards or to the side. (File photo)

On my rounds yesterday I noticed a baby, lying in his cot next to his nursing mom, with a neatly torn, one-by-one-centimetre piece of white paper stuck to his forehead.

There it was, right in the centre, like a minuscule playing card in a game of “lick and stick.”

I’ve seen some odd things in my time, so I didn’t bother asking. I presumed it was some innovative method initiated by the nursing staff to differentiate babies who, for instance, maybe needed glucose checks or daily doses of the antiretroviral nevirapine.

They’ve developed similar techniques to monitor the well-being of babies still in the womb: Pregnant moms are given a specimen bottle and a handful of dried beans. Women are told to put one bean in the bottle each time the baby kicks.

The beans are then tallied and recorded after an hour, and this gives us a crude idea of how the foetus is doing.

Simple, but it works.

A different kind of peer review

[quote float=”right”]”However ridiculous these customs may seem to an outsider, this is mothering in its simplest and purest form”

I notice that it’s not the nurses doing this. The 16-year-old mom sits up slowly and painfully following her Caesarean section, and carefully tears a piece of paper from the corner of her file, licks it, and places it on her baby’s forehead.

“What’s that for, Ma?” I ask, not stopping to consider the absurdity of referring to this young child as “Ma.”

She responds in SiSwati and the nurse translates.

“It stops the baby from doing this,” she says, as she pretends to hyperventilate, breathing quickly in and out.

Her answer is direct, matter-of-fact and unwavering, as if evidence-based.

She nods. I undo the top buttons of the newborn’s baby-grow and look at her chest. The young mother is right – she’s not breathing fast at all.

But then again, I have no way of knowing if she ever was.

Last year, I was told by a group of moms that they put colourful elastic bands or strings around babies’ wrists to prevent them from going squint. The colours make the children look outwards or to the side, so they thought.

In one unfortunate case, the elastic bands were so tight that the baby’s skin actually grew over the band. The child was taken to theatre and the surgeons found that the elastic band had burrowed beneath the skin, eventually coming to lie deep next to big vessels of the forearm and beneath tendons.

The condition, known as Rubber Band Syndrome, has actually been described in the literature – highlighting the remarkable ability that young children have to grow and rejuvenate.

I’ve also seldom seen a child yawn without its mother rushing to squeeze in its cheeks, moulding its lips into a pout, to prevent the child from growing up with a mouth that’s “too big.”

However ridiculous these customs may seem to an outsider, this is mothering in its simplest and purest form. Mothering and tenderness that have been passed down from one generation to the next.

And these children are fortunate to have mothers who care enough to try stop them from breathing fast, squinting or developing unusually large mouths…

Not all children have family who care.

Today, I got feedback from my colleague working in our paediatric ward. She confirmed that the child with rectal prolapse that I wrote about weeks ago was raped.