On 22 August 2014, the National Policy on Food and Nutrition Security for the Republic of South Africa was gazetted. If this is news to you, you’re not alone, writes Section27 attorney Sasha Stevenson. 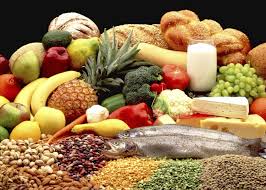 The policy and plan fail to address the concentration of power in the food chain, and the distributional problems embedded in a food system that produces enough food but leaves a quarter of the population hungry, Stevenson writes.

The policy was not subject to any public consultation, and is utterly deficient in its identification of problems with the food system in South Africa and its failure to come up with solutions. The cover page of the gazetted version states that an implementation plan for the policy will be “consulted widely”.

In September 2014, a Food and Nutrition Security Draft Policy Implementation Plan was produced. As of February, the plan was not yet available publicly although it could be requested. The Department of Agriculture has indicated, in response to questions from a small group of civil society organisations involved in promoting the realization of the right to food, that the consultation process on the plan were due to consist of two consultation sessions – one on 3 March 2015 for academics and researchers and one on 4 March 2015 for civil society.

Both consultations will take place in Johannesburg.

No public awareness has been raised about these consultations and at the time of writing, no formal invitations have been sent.

We were further advised by the Department of Agriculture that the intention is for the policy and implementation plan to operate as from the new financial year in April 2015. With these short timelines, it seems that there is no intention for the consultation process to be wider than two sessions in one province or for the outcomes of the consultation sessions to be meaningfully incorporated into the policy or implementation plan.

[quote float= right]”The right to food is the only socio-economic right not to have been legislated… Policies have historically been flawed, contradictory…”

The move by the state to produce a policy on food and nutrition is an important one. The right to food is the only socio-economic right not to have been legislated on and the policies on the right to food have historically been flawed, contradictory and unimplemented, with no accountability. The commencement of a policy-making process is important and to be welcomed, but policy must to respond to the needs of affected people and tackle systemic inadequacies, particularly in the case of food where the systemic inadequacies lead to widespread hunger.

While consultation is an obligation in itself, the content of the policy and Implementation Plan show the desperate need for consultation in this case.

Some of the many shortcomings of the policy and implementation plan are:

The failure on the part of the state to consult on the policy and plan, and the multiple shortcomings of these documents require that civil society organisations, researchers and interested individuals stand together to demand a thorough and properly consulted policy-making process to realise the right to food.

It is for this reason that Section27 calls on civil society to give support to the call for consultation on the National Policy on Food and Nutrition Security and its implementation plan.

Policy and law making on the right to food has been a long time coming and it is important that we make sure that the outcome meets the needs of the country.

Sasha Stevenson is an attorney at the public interest law organisation, Section27. This post originally appeared on the Section27 website.