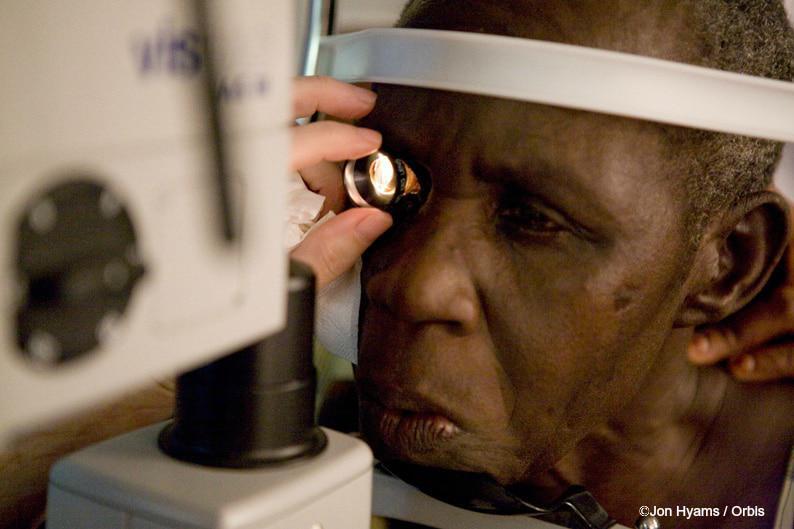 The Gauteng Department of Health has almost halved the number of people awaiting sight-restoring cataract operations in the last year but more than 3,000 people are still waiting for their turn to see again. 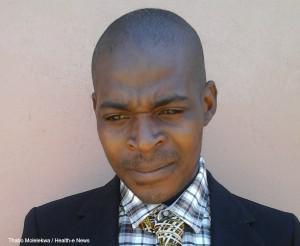 Suffering from cataracts, Lawrence Mvelase says he has never seen his 10-month-old daughter

Lawrence Mvelase spent his 20s as a taxi driver, working long days shuttling passengers between Duduza and Nigel on Johannesburg’s East Rand. In March 2014, he noticed changes in his vision – the road that so clearly stretched before him turned fuzzy – as did the faces of his passengers.

He eventually lost most of his eyesight.

In May, Heidelberg Hospital staff diagnosed the 29-year-old with cataracts. Distraught, Mvelase said he took comfort in the fact that an operation at Chris Hani Baragwanath Academic Hospital could remove his cataracts and restore his sight.

“It was painful for me when I was diagnosed with cataracts but I gained confidence when the doctor told me that this is not a permanent condition and that I would be healed through an operation, ” Mvelase said.

Mvelase claims Heidelberg Hospital told him that he would have to wait three months for the operation at Chris Hani Baragwanath Academic Hospital’s St John’s Eye Clinic, but that was almost a year ago.

Mvelase is one of 1, 503 patients awaiting a cataract operation at Chris Hani Baragwanath Academic Hospital, according to Gauteng Department of Health spokesperson Steve Mabona.

Waiting lists have almost halved in past year

The hospital has managed to reduce its cataract surgery backlog by about 300 patients since March when Democratic Alliance Shadow MEC for Health Jack Bloom alleged that he had been told that equipment failures and an almost 50 percent vacancy rate were fuelling waiting lists at the hospital.[quote float= right]“We always pray that they operate on his one eye so that he can go back to work and so that he can be able to see what our little daughter looks like”

The Gauteng Department of Health has now short-listed three consultants and plans to recruit three registrars soon, according to Department of Health spokesperson Prince Hamnca. He added that current vacancies were not impacting the work of the unit, which also assists with cataract operations in Lenasia.

Mabona added that waiting times for surgeries at academic hospitals like Chris Hani and Steve Biko Academic Hospitals remain longer than those at other facilities due to in part teaching responsibilities.

In March, Bloom reported that Department of Health MEC Qedani Mahlangu cited waiting times as long as 18 months for surgeries at St. John’s Eye Clinic. According to Mabona, recent patient records may indicate that waiting times for some patients may have dropped to five months.

The number of people waiting for cataract surgeries provincially has dropped by almost half since June 2014.

Our life has changed

Mabona added that patients are prioritised according to need.

“It should be noted that not all patients on the waiting list have cataracts that result in blindness and classification of cases is hence applied,” he told OurHealth “A patient can walk into an academic hospital and be booked the following day if they are blind but another can wait on the list because they still have functional vision even though they have a cataract.”

Meanwhile, Mvelase’s wife, Nomthandazo Nhlapho, said their life has been put on hold.

“Our life has changed,” she told OurHealth. “We survive on a social grant and what the family provides us with.”

“We always pray that they operate on his one eye so that he can go back to work and so that he can be able to see what our little daughter looks like,” added Nhlapho who gave birth to a baby girl 10 months ago that she said her husband has never seen.

Nhlapho has become Mvelase’s eyes, guiding him by the arm wherever they go. For a once independent man, he said this has been tough.

“I want to go back to work and work for my new born,” he added.

An edited version of this story was originally published on Health24.com