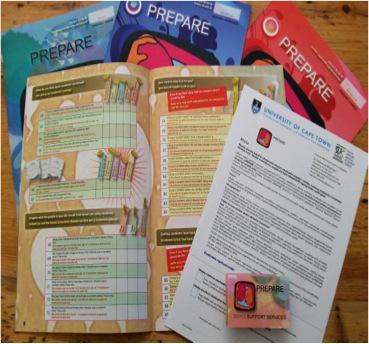 Over 45% of Grade 8 learners in the Western Cape have already been victims of violent behaviour from their partners.

Meanwhile, a quarter of learners – average age 13 – admitted to being violent towards their partners.

This is according to a representative study of over 3 400 learners at 41 public schools in the province, conducted by the Medical Research Council and the University of Cape Town’s Adolescent Health Research Unit.

Included in the study were schools in Bredasdorp where 17-year-old Aneen Booysen and 15-year-old Elna Japhta were raped and murdered, allegedly by men known to them.

One in five of the 13-year-olds had already had sex, and with at least three different people on average. Yet over a quarter of those who were sexually active (28%) said they were “unwilling at first sex”.

These findings were used to develop Prepare, an ambitious school programme aimed primarily at getting learners to delay having sex and to use condoms whenever they did have sex. It also aimed to reduce intimate partner violence.
Results of Prepare were released yesterday (10 June) at the SA National AIDS conference in Durban.

After surveying the sex, violence and condom habits of the Grade 8 learners at the 41 schools, half of the schools (the intervention arm) were offered after-school classes aimed at equipping learners to delay sex, use condoms and change power relations to prevent violence.

A school nurse was also available for one-on-one consultations about sex and contraception, while school safety teams made up of parents and teachers were trained on how to reduce sexual violence.

“There is strong evidence that women who are exposed to intimate partner violence (IPV) are more likely to become infected with HIV. We believe that interventions like Prepare, which reduce IPV in adolescents’ relationships, will ultimately reduce their risk of HIV,” said lead researcher Dr Cathy Mathews.

But the Prepare programme was held after school as the Western Cape Education Department would not allow time for it during school. This meant that attendance was relatively poor (learners attended eight out of 21 classes on average), as almost half the learners said they did not have alternative after-school transport.

“If this programme could be integrated into the school curriculum, more learners would be able to participate and benefit,” added Mathews.

“These results are shocking and reflect high levels of violence in many of our communities”.

However, she claimed that Life Orientation in schools “already covers the topics offered by Prepare. If they have more to offer, then we suggest that they collaborate with our existing after school and holiday programmes and MOD centres where learners already participate willingly.” – Health-e News.