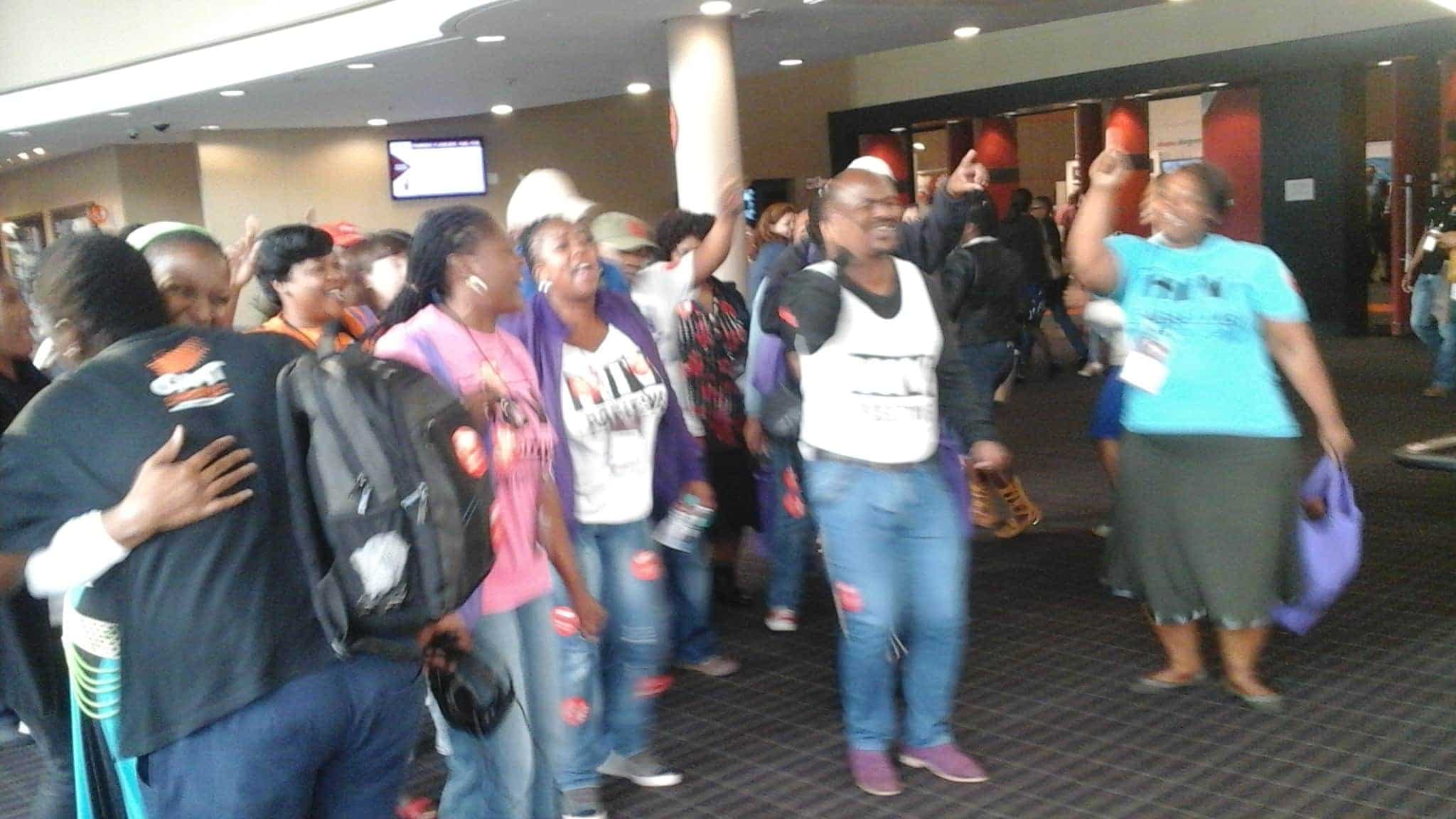 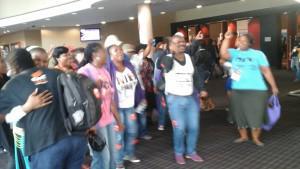 Participants demand action in regard to stock outs at a SAAIDS session yesterday.

Overburdened nurses who have to act as doctors, pharmacists, data capturers and social workers contribute to the problem of stock outs, the SA AIDS Conference heard yesterday.

Nurses who were not trained to place stock orders were having to do so because of staff shortages and sometimes they ordered incorrectly, said Dr Desmond Kegakilwe from the Rural Doctors Association of South Africa (RUDASA). “If you ask them why they ordered incorrectly, they
will tell you, ‘Doctor, I don’t know.” Poor management has been highlighted previously as part of the stock out problem.

Kegakilwe was speaking at a session on Skills Building, with the theme “Stop Stock Outs”, at SAAIDS. The session was facilitated by Patrick Mdletshe, chairperson of KwaZulu-Natal (KZN) Civil Society Forum and deputy chairperson of the KwaZulu-Natal Province Council on AIDS.

Healthcare practitioner and pharmacist Robert Setshedi agreed that the country was experiencing a shortage of staff, and that nurses were overburdened which was, in part, contributing to a rise in stock shortages at some clinics.

Getting drugs to clinics included a procurement process as well as a chain management process and sometimes the nurses dealing with these procedures were just not qualified to do the job, he said.

“There is not any member in Department of Health who wakes up thinking: ‘I’m going to make patients suffer today’. We all make an effort,” he said.

Setshedi says the fight against stock outs should not only be about ARVs but also other chronic medication.

The session was one of the most well attended sessions at the conference, with the issue of drug stock outs being a top priority this year.

Proving that the problem was not just based on anecdotal evidence, a new study released at the conference yesterday by civil society coalition the Stop Stock Outs Project showed that HIV and tuberculosis (TB) drug stock outs had hit about 14 percent of health facilities nationwide in the last nine months.

Activists from both major networks of people living with HIV, the Treatment Action Campaign (TAC) and the National Association of People Living with HIV, have publicly called on Deputy President Cyril Ramaphosa and Deputy Health Minister Dr Joe Phaahla to intervene.

In his overview presentation at the session yesterday, Mdletshe said that in 2013 stock outs were at four percent and that this year they had risen to 28 percent.”This is extremely worrying.”

Despite shouts from the audience of government denialism, Pillay said: “We can only call it stock outs when there is a crises. We need to understand that there is a difference between stock outs and shortages.”

Emotions ran high during the session. One participant shouted out that supply chain management issues should not be the patient’s problem.

The session ended with a resolution to personally demand answers from the Minister of Heath,  Aaron Motsoaledi, on the issue of stock outs.